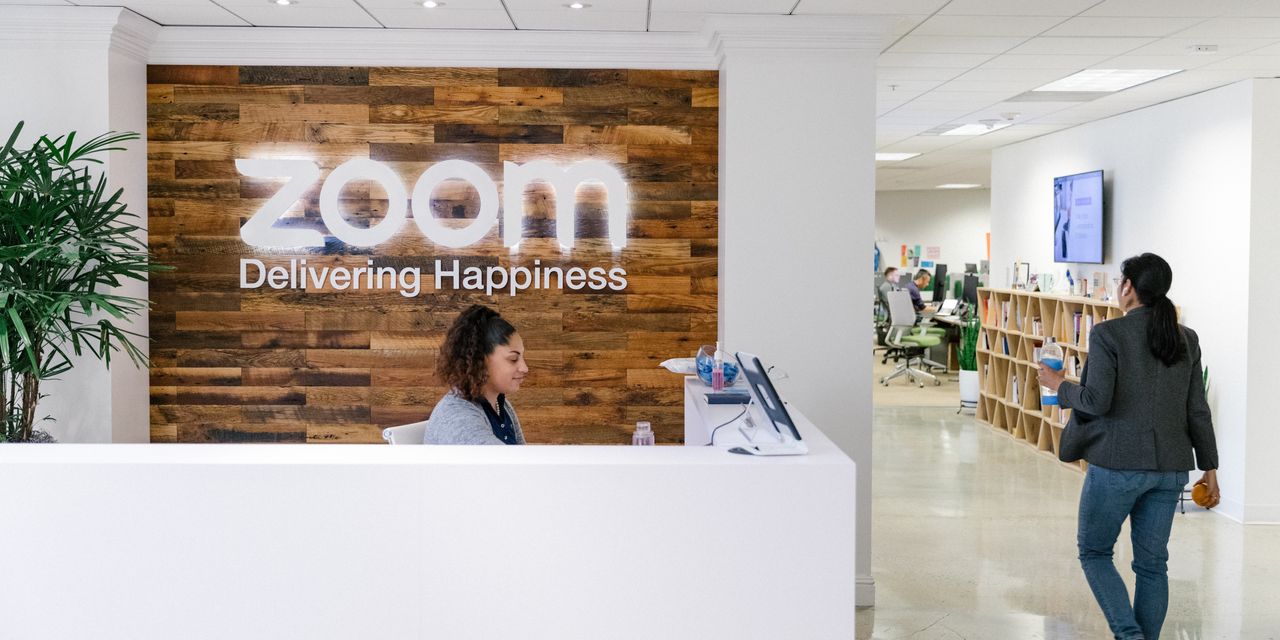 Zoom Will Need to Start Phoning It In

In the space of just a few months,

has become a household name—even a verb. But is that all the company is?

That question hangs over what has been the tech industry’s most remarkable success story in recent years. Born of a desire to improve on clunky workplace collaboration tools like WebEx, Zoom found its business upended by the pandemic in the best possible way. For millions confined to their homes, Zoom was suddenly the only way to have face-to-face conversations with people not sharing the same dwelling.

That has resulted in astounding business growth. Zoom was generating a little over $600 million in annual revenue before the pandemic struck. For the trailing 12-month period ended in July, that had more than doubled to $1.3 billion. For Zoom’s fiscal year ending in January, Wall Street projects revenue of nearly $2.4 billion.

But the stock’s sky-high multiple of 49 times forward sales has made Wall Street cautious; only 45% of brokers covering Zoom rate the shares as a “buy.” With a gain of just under 300% in the past six months, Zoom’s market value is now two-thirds more than Workday, which has three times the annual revenue.

Analysts’ predominant worry is what happens to the shares once the pandemic ebbs and the videoconferencing business normalizes, even if that new normal remains much higher than before. Goldman Sachs, a lead underwriter on Zoom’s initial public offering last year, upgraded the stock from a “sell” to a “neutral” rating last month, praising Zoom’s performance while noting that it remains “hard for us to suggest room for upside to current valuation levels.”

Zoom will at some point need to show it has potential beyond videoconferencing. That is likely to be a major theme of the company’s Zoomtopia annual user conference kicking off Wednesday. Analysts see two services as key areas of potential: Zoom Phone and Zoom Rooms.

Both are software-based services designed to go after other long-established areas of business communications—office phones and conference rooms. Zoom Phone in particular targets the market for private branch exchange, or PBX, which has long been the standard in office phones. Zane Chrane of Bernstein estimates the market for business-phone users sits somewhere between 600 million and one billion users. Siti Panigrahi of Mizuho says Zoom Phone could be a $58 billion business if every PBX line were replaced by a Zoom Phone.

Zoom has momentum, but it won’t be alone. Office phones are a major market for

—which also happens to own WebEx—and the network giant will defend its turf fiercely.

still a Zoom partner, is also now targeting both videoconferencing and PBX. And then there is growing competition in Zoom’s core business from

Google, which have bundled videoconferencing capabilities into their broader business collaboration platforms.

Morgan Stanley, another lead IPO underwriter that is neutral on the stock, says Zoom’s rich valuation could prove justified if the company is able to become a platform itself for other types of enterprise software offerings, similar to

But it adds that Zoom is still in the early days of capitalizing on voice and video, so its focus “should justifiably remain on winning the next-gen communications market.”

Zoom has very good odds in that game, but investors are pricing the stock as if it has already won.