After years of trying to hit home runs with its economic development efforts, Wichita City Hall is aiming for smaller plays.

The City Council last week previewed a plan that will make city economic development aid available to more and smaller businesses, along with revisions to sales tax policy to fund a “land bank” to help put abandoned homes and businesses back into productive use.

For years, the city has relied on development “matrix” to evaluate tax breaks for businesses.

The matrix essentially consists of data collected from developers and businesses to determine how their projects would benefit the city — and whether those benefits are sufficient to justify public investment in private for-profit ventures.

Under the current matrix, size matters.

The biggest tax breaks and other financial aid went to big companies that could claim to be making millions of dollars worth of new investment and creating high-paying jobs in bulk.

But the criteria largely froze out small businesses that make up most of Wichita’s business community, said Alicia Holloway, president of the Wichita Independent Business Association, which was not involved in formulating the new guidelines.

“The tax abatements in the past have been for the heavy hitters and the ones with some fairly deep pockets already,” Holloway said. “I think that may be why some people pushed back or grumbled about them, because it seems like the ones who needed it the least got it the most.”

She said she sees the new guidelines as fairer and more attainable for the average business.

“Good for them,” she said of the council. “This is actually going to help the little guy who still will have the same (proportional) economic benefit to Wichita that the big guy would. Why wouldn’t he have a level playing ground?”

The development matrix was originally created in 2004 to give the council objective criteria, such as job creation and investment data, to help in deciding which projects to support with tax breaks and how much they would get.

Before that, the council basically made those decisions case-by-case with no clear guidelines or process.

The matrix was born amid controversy over a $1.7 million package of tax breaks for an expansion of Genesis Health Clubs. The proposal was initially approved by the council but later withdrawn after questions were raised over the community benefits Genesis claimed and whether the proposal was fair to competing health clubs.

Under the new matrix, businesses adding as few as five new jobs will be able to qualify for full abatement of their property taxes for 10 years, depending on such factors as where they expand and what benefits they provide to their own employees and the community at large.

Here’s how the abatements can add up:

? Investing in or funding entrepreneurship, 25%.

? Situating the business in a redevelopment area, 25%.

? Qualifying for and using state, federal or utility incentives, 10%.

The abatement is capped at 100% even though the different categories add up to 110%.

“I think we’re moving toward where I was hoping with more support for medium and small businesses,” said council member Brandon Johnson. “I like aligning the efforts and resources in the areas (of the city) that really need some help right now.”

The council also is planning to rework how the city handles its share of income from Community Improvement Districts.

When it creates a CID, the city agrees to charge additional sales tax in the district, usually 1 or 2 percent for 22 years, then gives that money to a developer or business owner to help defray the cost of their projects.

CIDs have sprouted across the city for a variety of projects, including: the new downtown baseball park, various downtown-area hotels, redevelopment of the former K-Mart site on West Kellogg, the Cabela’s outdoor products store, the sports complex at K-96 and Greenwich and the Chicken and Pickle restaurant and pickleball complex in northeast Wichita.

The city generally retains 10 percent of the CID sales taxes for public purposes.

But the problem with that is that under state law, the money can only be spent on improvements within the district, which is mainly new construction that doesn’t need further improvement, said Assistant City Manager Scot Rigby.

Rigby said the city has tried to remedy that by expanding CID boundaries to at least include adjacent public streets so that the city’s share could be used if there’s a need for repaving or a new stoplight. But that’s only marginally effective because the streets around the CIDs are generally in good shape already, he said.

The city plans to change the way the money’s accounted for so it can spread the dollars a little farther in the community.

The proposed change would establish an “origination fee” for CIDs. Instead of the city taking a straight percentage, it would calculate the value of a CID to a developer or business owner and negotiate a fixed fee that the developer would have to pay to get the CID approved, Rigby said.

That money could be spent wherever it’s needed, instead of piling city improvements on top of new developments.

The current proposal is to use the money to fund a “land bank” to help improve neighborhoods blighted by vacant, abandoned and tax-delinquent properties.

The concept of a land bank is to acquire distressed houses and get them into the hands of local nonprofit groups that can repair or replace them, such as Habitat for Humanity or Mennonite Housing.

Money could also be used to acquire abandoned commercial properties and help develop, for example, neighborhood grocery stores to address Wichita’s “food desert” problem where low-income residents have to travel long distances by bus to get fresh meat and produce, Rigby said.

The land bank plan has a fan in state Sen. Oletha Faust-Goudeau, who has campaigned for years to try to reduce blight in older areas of northeast Wichita.

“I’m all about building up communities for sure, especially in the inner city area, which I represent,” Faust-Goudeau said. “I’m a strong believer that if you build up one community, it builds up the city, the state and our economic development and our revenue, which is good all around.”

She said that kind of effort is especially needed now because of the ongoing economic damage from the coronavirus pandemic.

“As we rebuild from COVID-19 and (try to help) those unemployed, anything that’s going to help propel us forward is a good thing,” she said. 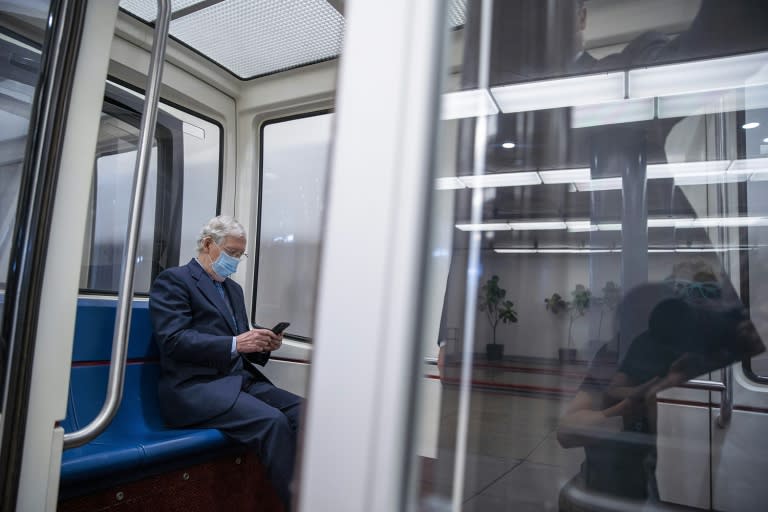