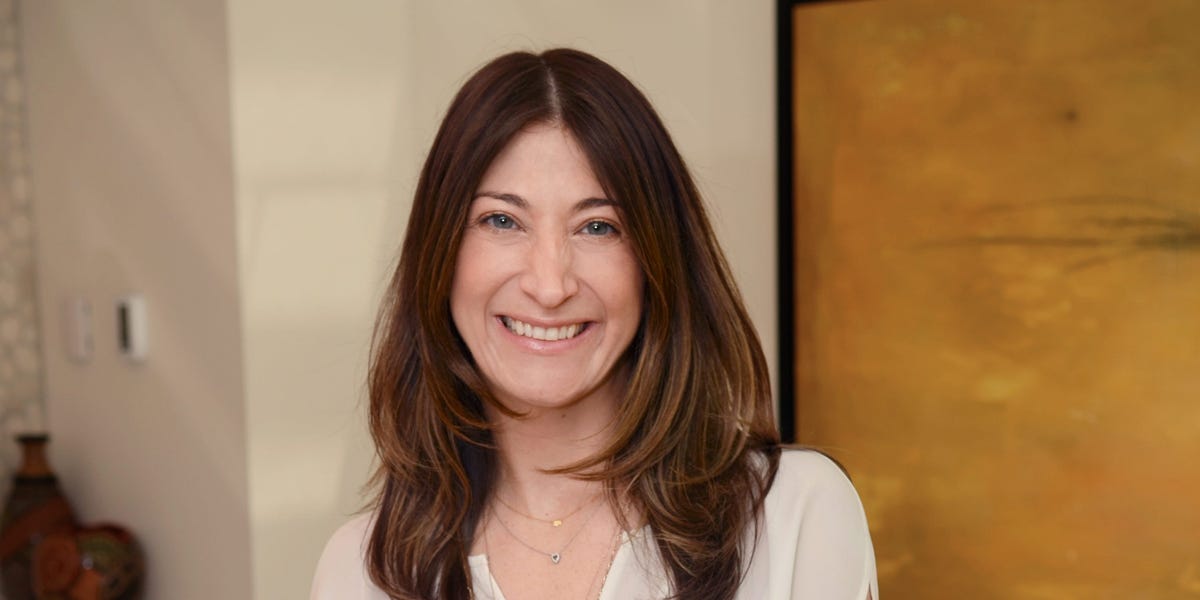 When personal-finance startup Dave was considering switching its card issuer for a new product, the pitch from Mastercard came straight from the top.

The company was preparing to launch Dave Banking, a spending account with a debit card, and mulling its options. The fintech had established itself as an up-and-comer in the space — nabbing a $1 billion valuation and backing from the likes of Mark Cuban — but was still relatively young in its life cycle.

However, the youth of the company didn’t stop Mastercard CEO Ajay Banga from taking Jason Wilk, cofounder and CEO of Dave, out to dinner in an effort to court the startup’s business.

The effort left a lasting impression on Wilk, who ended up picking Mastercard to be the exclusive partner of Dave Banking, which launched this July.

“Starting so early on the relationship building, you typically only see that from a startup trying to find their first client, not from a company that is one of the biggest companies in the world,” Wilk told Business Insider.

“That level of optimism from all the way at the top of a multi-hundred billion dollar enterprise has made us feel special and let us know we’re building it with a partner that it’s not about the short-term win. It’s about the long-term relationship building,” he added.

See more: POWER PLAYERS: These are the 15 execs at Mastercard leading the card giant’s strategies in new businesses focused on cybersecurity, data, and analytics

Mastercard’s aggressive courting of Dave isn’t an outlier. The card giant has set its sights on fintechs in recent years in hopes of embedding itself with startups looking to become a core part of the next generation of financial services.

SoFi, Brex, and MoneyLion have all announced new products with Mastercard.

And it’s not just a matter of nabbing business from red-hot fintechs. In gaining these clients, Mastercard is also stealing away market share from its main competition: Visa.

While both networks have seen declines in total volumes amid the coronavirus pandemic, Visa’s market cap remains larger than Mastercard’s. In the second quarter this year, Visa processed $2.5 trillion in payment volume and Mastercard processed $1.4 trillion.

But the networks don’t differ materially in terms of where they can process payments. So courting fintech partnerships often comes down to what the networks offer beyond payment processing, from fraud prevention to consulting-like services for fintechs looking to scale.

A Visa spokesperson declined to comment for this story.

One of the key people behind Mastercard’s focus on fintechs is Sherri Haymond, executive vice president of digital partnerships at the card giant.

In her role, Haymond is responsible for Mastercard’s partnerships and business development across all digital channels with US-based companies. That means managing the relationships with tech companies like Apple, Amazon, Google, Lyft, and Stripe, as well as digital merchants.

Over the past several years, Mastercard recognized that in the same way digital merchants’ needs differ from traditional retailers, fintechs, too, require different service levels when they partner with Mastercard.

So in February, a new segment was formed within Haymond’s organization focused specifically on Mastercard’s relationships with fintechs.

“What we’ve learned, I think initially on the merchant side and now on the fintech side as well, is that these customers expect a different pace. It’s very different from a traditional bank or a traditional retailer,” Haymond said.

And having a dedicated team supporting fintechs keeps Mastercard up to speed on the latest needs of the segment.

“This segment alignment enables us to have a really good view into what the ecosystem needs from a product perspective,” Haymond said.

Read more: SoFi dumps Visa and makes Mastercard its exclusive partner as it gears up to add a credit card alongside its debit card

Many of the account managers on the newly-formed team have fintech backgrounds in areas like product development and data science, Haymond said. So as Mastercard looks to add more fintechs to its network, its sales representatives are up to speed on the latest in the fintech space.

“Having that whole ecosystem view is enabling us to move more quickly from a deal perspective,” Haymond said. “And it’s also giving us a lot of insight to bring back to the product team to help the product team be building things, adding features, and also creating things for distribution in ways that this part of the ecosystem wants them to be distributed.”

A big part of Mastercard’s selling point, according to the fintechs, is that it treats them like any other enterprise client.

Fintechs that Business Insider spoke with didn’t cite pricing or products as substantially different between Visa and Mastercard. In fact, none of the startups detailed any missteps or issues they had when previously dealing with Visa.

Instead, it’s been Mastercard’s ability to go above and beyond when working with fintechs.

“We’ve been getting support from Mastercard almost as if we were JPMorgan,” said Henrique Dubugras, cofounder and co-CEO of $3 billion Brex.

“[Sherri’s] pitch to us back then, which turned out to be very true, is that Mastercard believes that startups and digital players are the future of the company,” Dubugras said.

Dee Choubey, founder and CEO of MoneyLion, told Business Insider what set Mastercard apart was its consultative approach. The fintech has weekly chats with senior executives at Mastercard to help on a broad range of issues, he said.

What’s more critical, he said, is understanding how to properly pull on those levers.

“The order of operations. How do you sequence them? How do you put them in front of consumers? What’s worked in the past? What are best practices? How do you get top-of-wallet spend characteristics? All of those things,” he said.

“You can have the best technology, but if you’re not storytelling properly for the end consumer, it’s not going to work,” he added.

Dave’s Wilk shared similar experiences, adding that Mastercard has gone out of its way to offer all of its resources to help the fintech succeed.

“Even if we are having issues with some of our third-party partners, who they are not even directly involved with, they would even sit on calls to make sure that things are going smoothly,” he said. “That, I think, is pretty unparalleled service.”

Both Mastercard and Visa are leaning into the fintech ecosystem

As fintechs continue to popularize digital payments, both Mastercard and Visa have built programs aimed to bring fintechs onto their networks.

Visa launched its Fast Track program internationally in 2018 and in the US in 2019. Fast Track is meant to streamline the process for fintechs to link in to the company’s massive network of payment rails. It also helps companies build their payments stacks with Visa’s partners like Stripe, Marqeta, and Very Good Security.

Terry Angelos, global head of fintech at Visa, told Business Insider in May that it saw record interest from fintechs in the program in the first half of 2020. It currently has 220 participants globally.

But Mastercard’s engagement takes it a step further, according to the fintechs that have switched from Visa.

“We found that Mastercard was a lot more supportive in terms of our innovation,” said Brex’s Dubugras.

Beyond Haymond’s team, Mastercard has programs within its Accelerate organization like Start Path, a 6-month incubator for startups looking to scale.

“Mastercard is a great partner given our approach of building technology from scratch, that in turn allows Brex to deliver superior customer experiences from card rewards, to fraud protection,” Dubugras said.

“Although the processes we have in place are definitely standardized and they make things happen really efficiently, we really provide a very customized partnership approach with customized solution development and problem solving for each particular partner,” Haymond said.

How Mastercard’s network with partner banks and processors fits in

Haymond’s team doesn’t just work with fintechs, it also has relationships with the partner banks and processors that power fintechs, meaning that product development can happen in faster, more streamlined ways. With Brex, for example, Mastercard also works with its partner bank Radius Bank.

“It really streamlines the way that things can happen, when all of the partners are aligned under one account management team,” Haymond said.

And it’s not just about cards. Mastercard’s other payments infrastructure, like Mastercard Send, is used by fintechs like MoneyLion to help its customers move money between bank accounts quickly.

As Mastercard continues to build new products and solutions beyond cards, its engagement with fintechs and the players that support fintechs, like partner banks, drives the company’s strategy.

One of Mastercard’s biggest differentiators, Haymond said, is that its own corporate missions, like pushing for inclusive financial growth, are aligned with those in the fintech community.

“It’s really been the reason that we have been winning, because we’re really aligned on this idea of inclusive growth and financial inclusion,” Haymond said.

From getting gig workers paid quickly to prioritizing environmental issues, Mastercard leverages its corporate responsibility strategy in its engagement with fintechs.

Aspiration, an environmentally-focused digital bank, for example, chose Mastercard because of its shared prioritization of green initiatives, Haymond said. And getting involved with fintechs on non-card related initiatives gives it an edge when it comes time to bid to become a fintech’s card network as it already has a seat at the table, Haymond said.

“Oftentimes the partners that are active in the fintech community are doing what they do because they’ve set out to achieve a certain mission,” Haymond said, “and that mission happens to be the same as ours. It’s not something that we just talk about, it’s in the fiber of what we do and what we care about.”

Investors say these 38 fintechs are the next generation of breakout B2B stars, following in the footsteps of Plaid and Stripe