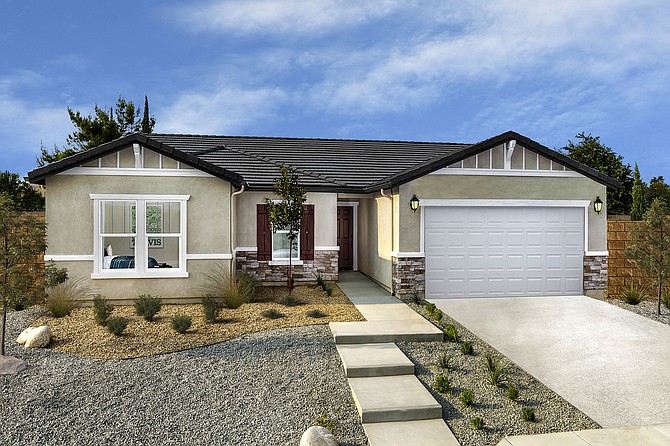 Compass’ growth has been driven in part by big deals, including the 2019 acquisitions of Patterson Realty Inc. and Central Coast Realty Group and the 2018 purchases of Pacific Union International Inc. and Paragon Real Estate. Pacific Union had acquired Partners Trust in 2017 and John Aaroe Group Inc. in 2016.

Compass generated $12.6 billion of sales volume in 2019, up from $8.4 billion the year before, and ranked No. 1 on the Business Journal’s most recent list of residential brokerage firms.

While the company experienced a slowdown when Covid-19 first hit, it has regained its footing.

“This year for Compass, like everybody else, has been a roller coaster. It really was a challenging couple of months … but what’s pretty incredible is despite the pandemic and uncertainty in the market, Compass has pushed through and had a stellar 2020 so far,” said Kamini Lane, Compass’ regional president.

Part of the Compass advantage, according to the company, stems from its use of technology for both customers and agents.

“We have technology that truly does power agents’ businesses, that help them make more money and save time and be more efficient and effective,” Lane said.

One tool is a customer relationship manager platform that’s powered by artificial intelligence and integrated with the greater Compass platform.

The company also uses a system called Compass Concierge that launched roughly a year ago, which Lane said agents and sellers have liked.

“It fronts the cost of repairs and improvements in order for agents to be able to sell homes faster and for more money,” she said.

According to Lane, since December Compass Concierge has been used for 12,000 projects and $12 billion worth of real estate.

She declined to comment on the company’s future acquisition plans but said that Compass expects “to continue to grow in Southern California, whether that’s through acquisitions or agents organically coming to Compass.”

Coldwell Banker Residential Brokerage, which has 24 offices in Los Angeles, is one of the market’s most active residential brokerages.

It sold 7,221 units in the area in 2019 and finished No. 2 on the Business Journal’s latest list of residential brokerage firms by generating $10.7 billion in sales.

Jamie Duran, who serves as Coldwell Banker’s Southern California president, has been with the company for 30 years. She took on her current role in February 2019 after serving as president in the Orange County, Riverside and San Diego markets.
Duran has opened a handful of new offices and brought in hundreds of additional agents since stepping into the L.A. market.

Among Coldwell Banker’s top agents in L.A. are Jade Mills and Joyce Rey.

Duran has been working for several years to streamline Coldwell Banker’s offerings. She helped develop the COR4 value proposition, which focused on production power, coaching for confidence, a culture of awesomeness and wealth building.

In 2019, the company launched a Real-Vitalize pilot program, which it plans to extend to include Coldwell Banker affiliates. The program provides home sellers with home improvement resources with no upfront costs, allowing sellers to update their homes to get the most money possible.

During the pilot program, people who used RealVitalize saw their homes sell 25% faster than other homes on the market, according to Coldwell Banker.

The company also announced a collaboration last year with Amazon.com Inc. called TurnKey. The program allows buyers and sellers to get thousands of dollars in smart-home packaging.

Westwood-based KB Home is one of the largest homebuilders in L.A.

KB Home is active in 42 markets in eight states and is led by Chief Executive Jeffrey Mezger.

“We produced solid results in our third quarter, moving beyond the disruption associated with the early stages of the Covid-19 pandemic that we experienced in the spring,” he said in an earnings report. “While our deliveries were lower compared to a year ago, our profitability rose meaningfully, led by a housing gross profit margin of 20.6%, excluding inventory-related charges, driving a 14% increase in our diluted earnings per share.”

The company reported net income of $78.4 million in the third quarter while revenue totaled $990 million, down 14% from the previous year.

Mezger said housing markets strengthened in the third quarter due to low mortgage rates, a limited supply and a desire to own.

Despite the Covid-19 pandemic, KB Home has been steadily opening new projects.  In October, the company announced the grand opening of its Heartland Ranch project in Coolidge, Ariz. Single-family homes in the master-planned community, which features an elementary school, a children’s play area and acres of open space, start in the $190,000s.

And in September, KB Home opened a handful of projects, including Brightwood at North River Ranch in Sarasota, Fla. Homes in the project start at the low $200,000s. Some homes in the master-planned development are on the water.

Also in September, the company announced the opening of Little Soos Creek, the first community in the Seattle area to offer the KB Home Office. Homes start in the $490,000s.

In addition, the company opened Anserra Springs in Katy, Texas, in September. Homes start in the low $200,000s.

For reprint and licensing requests for this article, CLICK HERE.