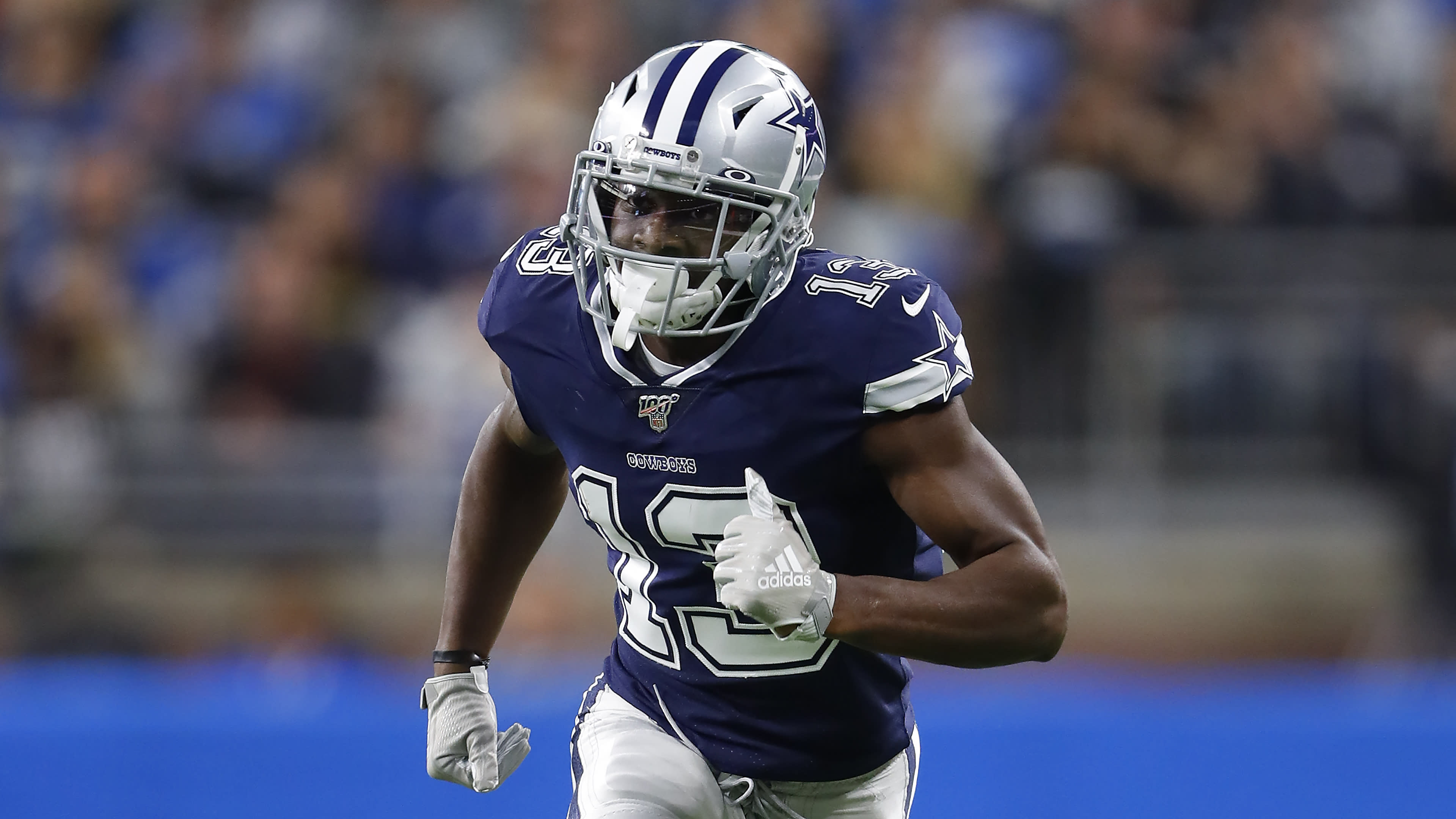 Whether you are playing in the biggest tournament of the week on Yahoo or prefer to play in smaller GPPs, there are some general GPP strategies that you can implement in contests of any size. These concepts include stacking, finding pivots off of popular players, and targeting players that won’t be on many rosters.

While it’s important to implement these into your lineup-building approach, the foundation of any tournament lineup is a solid core — usually players that you would use in cash games.

This will be the most popular game of the week, in terms of DFS rostered percentages, and for good reason — the over/under currently sits at 52.5 and it sets up to be a pass-happy affair. Atlanta threw over 70% of the time in neutral game script in Week 1 and they have one of the worst secondaries in the league on defense.

Every relevant player in this game is worthy of tournament consideration but it’s worth highlighting the Matt Ryan side here since Dak Prescott figures to be in significantly more lineups. Todd Gurley is one of the few starters on either side of the ball who can make a game stack truly unique. Despite playing fewer than half of the snaps last week, Gurley still accounted for two-thirds of backfield touches, including three carries inside the 5-yard line.

On the Dallas side, Amari Cooper dominated targets in Week 1 but the big decision for GPP players will be Michael Gallup versus CeeDee Lamb. While Lamb had one more target than Gallup, Gallup accounted for nearly 50 more air yards, giving Gallup the upside advantage. Hayden Hurst and Dalton Schultz are other contrarian options in game stacks.

The Cardinals have been one of the most uptempo offenses in the league since Kliff Kingsbury took over in 2019 and with both Arizona and Washington playing at a top-five pace in Week 1, according to Football Outsiders, this game sets up as a sneak shootout. The public will be heavy on the Cardinals offense and game stacks with Terry McLaurin or even Logan Thomas might be popular but few lineups will opt for Dwayne Haskins over Kyler Murray. 4for4.com ranks Arizona defense as the worst against quarterbacks and Haskins made it clear who his preferred targets were, as McLaurin and Thomas combined for 50% of team targets in Week 1.

Stacking these lineups with DeAndre Hopkins after his 16-target debut in Cardinal red is the obvious move but Christian Kirk could be the sub-5% play of the week. Despite only catching one of his five targets for no yards in Week 1, Kirk accounted for 77.5 air yards, just 26.5 fewer than Hopkins. Against Washington’s suspect secondary, Kirk’s deep targets could turn into a huge fantasy day.

Hines had an unexpectedly big Week 1 but this is not a case of chasing points. With Marlon Mack out for the season, Jonathan Taylor will be one of the most popular DFS plays of Week 2. This makes Hines the perfect leverage play. Indianapolis threw nearly 68% of the time in neutral script last week and through the air is exactly how the Packers dominated this Vikings defense. Rostering Hines should lead to a unique lineup build in a week when most rosters will tend towards high-salary running backs.

Josh Allen and John Brown were suggested in this space last week and the momentum of the Bills new-look offense should carry into Week 2. After being one of the most run-heavy, slow-paced offenses in 2019, Buffalo’s offense operated at the sixth-fastest pace in Week 1, throwing 62% of the time in neutral game script. Diggs could see an elevated target share against a Dolphins defense that played almost exclusively man coverage against New England in Week 1. As we know from Matt Harmon’s Reception Perception, Diggs has dominated against man coverage throughout his career.

With Kenny Golladay out in Week 1, it was next man up and Matthew Stafford had no reservations about targeting the Day 3 rookie. Cephus was one of seven players in Week 1 to see at least 24% of his team’s targets with an average depth of target of 13 yards or higher. The Packers will be a popular offense this week and most lineups will stack either Marvin Jones or T.J. Hockenson opposite their Green Bay players but Cephus will likely be in fewer than 2% of lineups and could break the slate. Finding at least one-min-priced player helps maximize upside by rostering an extra stud or two.

There are so many big favorites this week that it might seem suboptimal to roster an underdog but the Giants are worth the risk against Chicago. Per SportsInfoSolutions, only five teams had a higher pressure rate in Week 1 than the G-Men, and Mitchell Trubisky posted the ninth-worst passer rating in the league while pressured in 2019.

The backbone of my cash game approach is 4for4’s proprietary value metric, which goes beyond simple point per dollar projections. That value calculation extends to a player’s odds of hitting cash game value based on their implied volatility according to their floor, median, and ceiling projections.

[Visit 4for4, where 92% of subscribers made the playoffs, for more]

The priority in Week 2 is to lock in the two running backs in dream spots, Derrick Henry and Ezekiel Elliott. Both backs accounted for at least 48% of their team’s touches in Week 1 and are heavy favorites against bad defenses in Week 2. A true stars-and-scrubs build allows cash game players to slot in Lamar Jackson at quarterback but signal-callers with a salary closer to $30 allow for a more balanced build and possibly even a top-end wide receiver.

This story was originally published on 4for4.com

More analysis from 4for4: Bankroll Management

Stay ahead with 4for4 Fantasy Football’s accurate rankings, advanced tools and data-driven content.

TJ is a former full-time poker player who has been playing fantasy football for more than a decade. After online poker was outlawed, TJ ended his poker career and dedicated himself to fantasy football. His background in poker statistics and analytics translates to success in both daily and season-long fantasy football.