LONDON (AP) — Health experts on Thursday expressed strong skepticism about the British government’s ambitious plans to carry out millions of coronavirus tests daily in a bid to help people resume normal lives in the absence of a vaccine.

Prime Minister Boris Johnson said Wednesday he wanted to roll out much simpler, faster mass testing “in the near future” to identify people who don’t have the virus so that they can “behave in a more normal way in the knowledge they can’t infect anyone else.” Johnson said people with such negative “passports” could then attend events at places like theaters, and he said he was “hopeful” that the plan will be widespread by springtime.

Johnson made the comments as he announced strict new measures to try to curb a sharp recent rise in COVID-19 cases across Britain. From Monday, social gatherings of more than six people will be banned in England — both indoors and outdoors — and Johnson hinted that such restrictions will potentially remain in place until or through Christmas.

Health professionals were quick to question the mass testing claims, with one expert calling the strategy — known as “Operation Moonshot” — “fundamentally flawed.”

“It is being based on technology that does not, as yet, exist,” said Dr. David Strain, clinical lecturer at the University of Exeter. Johnson’s suggestion of new tests that can give rapid results like a pregnancy test is “unlikely if not impossible” by the spring, he said, and the technology is far from reliable.

“Existing technology has been demonstrated to miss up to one-third of people who have COVID-19 in early disease. After a second test 48 hours later, we still miss over a quarter of people,” he said.

“The notion of opening up society based on negative tests of those without symptoms needs to be approached with caution — both because of the high rate of ‘false negatives’ and the potential to miss those who are incubating the virus,” he said.

Jonathan Ashworth, the opposition Labour party’s health spokesman, said Thursday that many are “fed up of undelivered promises.” In response, Health Secretary Matt Hancock said he’s “absolutely determined that we will get there.”

Officials say Britain currently have the capacity to process about 370,000 tests a day, and aim to ramp this up to 500,000 daily by the end of October. Government data show that about 176,000 tests are actually processed each day.

British media have cited cases of people struggling to book tests — with some being told to travel to the opposite end of the country to get tested.

Like many other European countries, Britain needs to act fast to contain a renewed spread of coronavirus as the winter flu season looms. The number of daily laboratory-confirmed positive cases in the U.K. hit nearly 3,000 on Sunday.

The U.K. has Europe’s worst death toll from the virus, with nearly 41,600 deaths within 28 days of testing positive. The actual toll is believed to be far higher as the government tally doesn’t include those who died without having been tested. 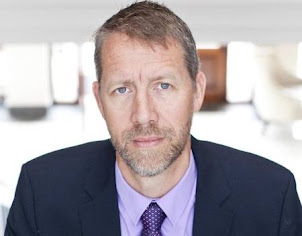