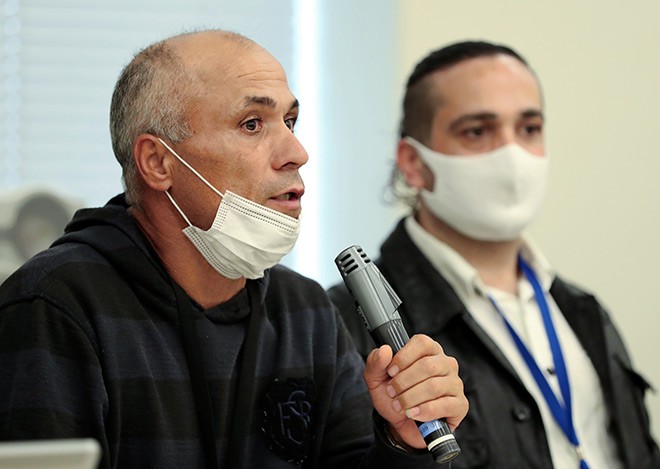 Japan’s immigration system is violating the international human rights law by detaining foreigners who have illegally overstayed their visas for long periods of time, according to a United Nations working group.

The criticism is contained in an opinion brief the working group sent to the Japanese government.

The group investigated the issue after receiving appeals from two male foreign nationals who were detained for long periods in Japan.

The U.N. Working Group on Arbitrary Detention under the U.N. Commission on Human Rights (UNCHR) issued the brief on Sept. 23.

The group consists of scholars and experts who specialize in human rights issues and related laws.

Deniz Yengin, a 41-year-old Turkish national who is a Kurd, and Heydar Safari Diman, a 51-year-old Iranian national, reported their cases to the working group in October 2019.

“It is the first time for a working group of the U.N. to say that the Japanese immigration authorities’ long-term detainment is a violation of international law,” Chie Komai, a lawyer who has supported Yengin and Diman, said at a news conference held on Oct. 5 in Tokyo.

Yengin is applying for asylum in Japan.

The immigration authorities have detained Yengin and Diman, put them on provisional release and detained them again for a total of four to five years, they told the working group.

Such acts are deemed arbitrary detention, they stated.

The men, who do not have residence status in Japan, have been detained at Higashi-Nihon Immigration Center in Ushiku, Ibaraki Prefecture.

The opinion brief was written based on the Japanese government’s responses and the two men’s counterarguments.

The two were detained on and off for a decade or more, the brief states. A detainment lasted from six months to three years, it says, and the authorities did not inform them why they were detained or for how long they would remain in the facility.

The working group concluded that such measures lacked legal grounds and were deemed as an arbitrary detainment, a violation of the International Covenants of Human Rights and others.

The brief also points out that Japan’s Immigration Control Law does not define the term for a detainment, nor does it discuss the necessity and rationality of a detainment.

The working group is demanding that the Japanese government review the law immediately.

The government has discussed a revision of the law. But setting the upper limit of the term for a detainment and requiring a judicial review at each detainment are less likely be part of the revision.

Komai said the government’s stance on the issue is “contrary to the opinion brief and needs to be reviewed.”

Diman, commenting on the working group’s opinion, said, “I am really pleased that I am treated as a human being.” He was detained for a total of four and a half years and is currently on provisional release.

Most of the long-term detainees are asylum seekers, he said.

“Each of them has a reason for not being able to return to their own countries,” Diman said. “They are not criminals. They have families and children. They just want to live in Japan like everyone else. I hope Japanese people understand that.”