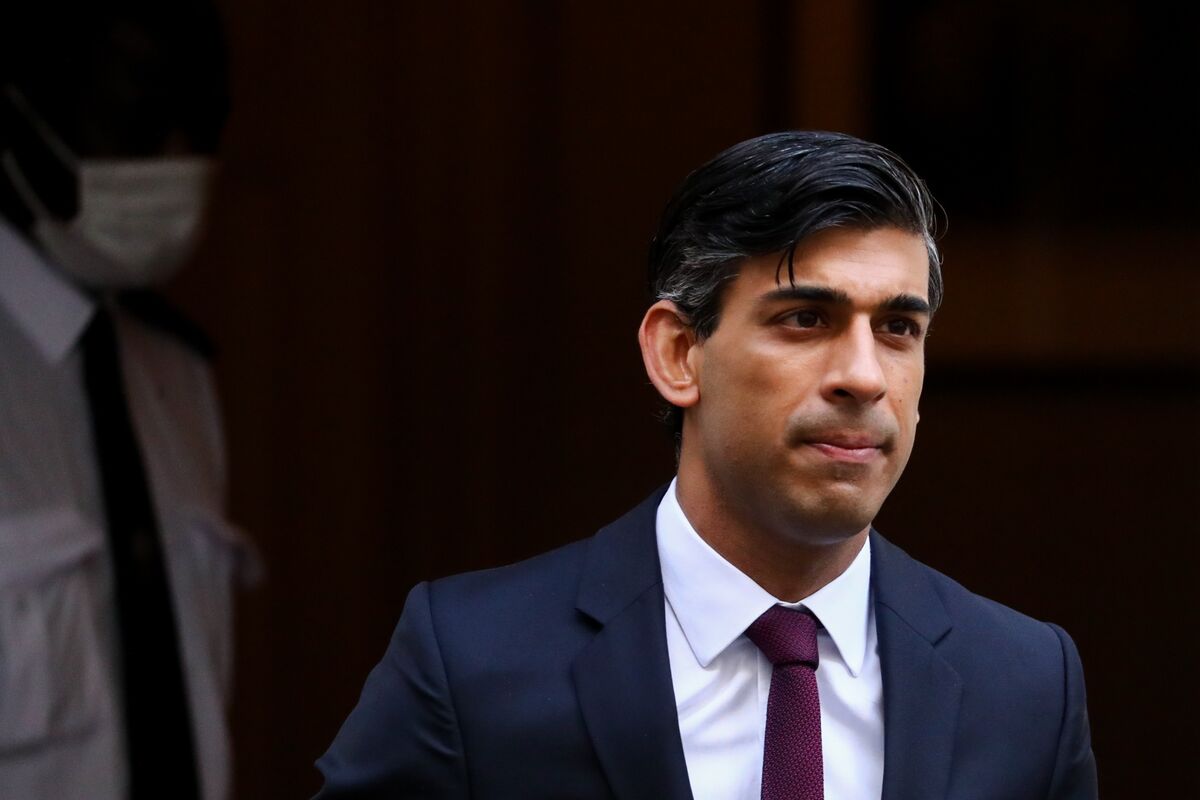 A U.K. government pledge to top up wages for targeted industries suffering from Covid-19 brought a measure of relief to businesses, even as some of the hardest-hit sectors, from pubs to airlines, said more is needed.

Chancellor Rishi Sunak’s plan will subsidize the wages of people working part time, extend loans for companies hit by the virus and keep the value-added tax at 5% to bolster the beleaguered hospitality and tourism industries.

The steps are a vital boost to industry, said Adam Marshall, head of the British Chambers of Commerce. Yet Nick Mackenzie, chief executive officer of pub chain Greene King, said they don’t go far enough, especially for businesses hurt by the government’s latest measures to rein in the pandemic.

“The industry is still dealing with the crippling after effects of the nationwide lockdown and the cumulative effect of the new restrictions,” Mackenzie said. “More targeted support is needed to help those people whose pubs remain closed, or businesses that were starting to recover which have again become unviable.”

Sunak Announces Crisis Plan to Save U.K. Jobs From Virus

Swathes of the economy are in a grim fight for survival as the government wraps up its furlough job-protection scheme that helped two million workers retain their jobs during lockdown. Sunak is now targeting help for those companies and industries deemed secure and viable, like aircraft parts suppliers, he said in an address to the House of Commons.

Johan Lundgren, CEO of EasyJet Plc, Britain’s biggest discount carrier, welcomed government support given the dire impact of the pandemic on the industry, but he bemoaned the lack of detail and U.K. policies that have impeded international travel.

“We’re going through the details on this and trying to work out exactly what this means for us,” Lundgren said, adding that continuing uncertainty about demand didn’t allow him to rule out further job cuts for the carrier. “What we would like to see is a general support package for the industry.”

An increasing number of companies are showing the strain. Cineworld Group Plc warned investors on Thursday that it would breach lending covenants in December unless lenders cut the company some slack.

“We believe in the product we have, and that the world will go back to normal,” Deputy CEO Israel Greidinger said in an interview prior to Sunak’s announcement. “What we need until then is the support to continue, especially the furlough package. It works well for our employees.”

Prime Minister Boris Johnson imposed new restrictions on the British public in an effort to tackle the surge in coronavirus cases. Shutting down industries with high-level social contact, including entertainment and the arts, would lead to a 0.8% contraction in the fourth quarter, according to Bloomberg Economics.

Some business leaders applauded the government’s latest move. Small and medium-sized businesses are eligible for the wage support program, and the self-employed will see their grants extended, Sunak said.

“The policies the Chancellor has announced today are a step in the right direction,” said Murray Lambell, eBay’s U.K. manager. “This is good news for the hundreds of thousands of U.K. small businesses who trade on eBay. The message they’ve been sending us is: yes they need help to protect jobs, but they also need to boost cashflow.”

The next period could be just as critical as the height of the pandemic in March and April. Company balance sheets are weakened, the economy has contracted, and programs including rent relief are also drawing to a close. According to the British Chambers of Commerce, almost 40% of its members claim to have three months’ worth of cash in reserve or less.

The aircraft and automotive industries need more help and are crucial sectors for the economy, said Stephen Phipson, CEO of Make UK, a trade group. For the battered retail industry, the chancellor missed an opportunity to address “deep difficulties,” said Paddy Lillis, general secretary of Usdaw union, who cited 125,000 job losses and 14,000 retail closures since the pandemic.

“There are some sectors of manufacturing where there is still not enough demand to even drive part time work,” Phipson said. “These are viable, often world leading firms, facing a sustained but temporary absence of demand.”

Concerned about Britain’s surging debt levels, Sunak initially resisted calls to prolong state aid. While the furlough program was designed to persuade companies to retain workers during lockdown, the latest effort targets viable companies that need help to survive what’s expected to be another six months of economic restrictions.

— With assistance by Thomas Buckley, and Thomas Seal