Light streams through the windows at the new Spice Bridge Food Hall in Tukwila, further illuminating the butter-yellow walls. The air is filled with the scent of grilled chicken kebabs and coffee, but perhaps the best part is the sound of laughter from women chatting.

Kara Martin, program director for the Food Innovation Network (FIN), gestures to the ceiling, remarking on the need to get some sound baffles, but for now the symphony of laughter is the welcome sound of success.

Spice Bridge is the home of FIN’s Food Business Incubator, a program that helps provide women immigrants and refugees in South King County with everything from permit assistance and marketing guidance to rent subsidies and mentoring.

FIN is a program of Global to Local, a SeaTac-based nonprofit organization focused on ensuring equitable opportunities for healthy lives for the residents of South King County through a variety of programs. FIN focuses on improving the community food system from farm to fork.

Martin says that over the past three years the incubator has been working with women to start food businesses, linking them with catering opportunities and helping to secure booth space at Pike Place Market and Greater Seattle-area farmers markets, working from a small commercial kitchen while knowing it would take years to secure a more permanent space.

Spice Bridge is that permanent space, complete with four cook stations, ample storage and four kiosks that allow up to 13 women-owned businesses to utilize the space; eight will rotate as the food hall tenants while the other five do off-site sales like catering, prepared foods or farmers market booths. Spice Bridge was made possible with funds from the King County and Seattle Foundation Communities of Opportunity fund, state-funded grants, and corporate and private donors.

Through a global pandemic and what’s been happing in our communities with racial tension and racism, this is a group of women specifically that have foraged forward and broke through a lot of barriers to do this. Without them there would be no program.”
— A.J. McClure, deputy director, Global to Local

The female business owners pay a subsidized rent that will increase over time, and Martin says that “understanding rent, utilities, equipment reserves” and how to navigate the terms of a lease are all part of a program that was originally slated to run two years. But with COVID-19 complications, Martin says they aren’t going to hold anyone to a strict two-year timeline.

Additionally, advocates such as A.J. McClure, Global to Local’s deputy director, are actively engaged in the South Seattle community to ensure affordable commercial space is available to these business owners once they graduate out of the FIN incubator, creating a holistic approach that gives tools and also helps create the conditions in the community to “take those tools and be successful,” McClure says.

“The theme that captures what we’ve been able to do with Spice Bridge the most is resiliency,” McClure says. “Through a global pandemic and what’s been happening in our communities with racial tension and racism, this is a group of women specifically that have forged forward and broke through a lot of barriers to do this. Without them there would be no program.”

After a soft open in September featuring half of the restaurants, all eight businesses will go into the rotation in early October. There are four options daily, with each business committed to being open three days per week. Some women are maintaining other full-time jobs, working as nurses, caregivers and caseworkers as they slowly begin to make their restaurant dreams reality.

You can find everything from vegetarian injera rolls to Senegambian fish yassa, Argentine alfajores cookies to Cambodian beef stew. Prices range from $3-$20 and most dishes are quick-serve. Indoor dining is currently closed, but there are tables outside.

Here’s what you can expect to find at this unique food hall with its rich gathering of cultures.

Krizia Cherece named the restaurant after her Filipino mother Wengay. In college, Cherece started selling doughnuts to friends and soon realized the act of creating something and sharing it with people was much more fulfilling than anything she was studying in school. Inspired by her mother and the way their Filipino dishes were central to every occasion, Cherece decided to move forward with Wengay’s Kitchen.

She’ll be offering lumpia and “regional-based Filipino dishes that aren’t showcased in other Filipino restaurants in the area,” like beef kaldereta and ube ensaymada.

Although Liyu Yirdaw works as a nurse, her friends have been asking her to open a restaurant since she moved to Seattle from Ethiopia 15 years ago. Now she finally has her chance with WUHA, which means “water” in Amharic. “I want my food to be everywhere and be loved and eaten by everyone. Water is universal and I want my food to go global,” she says. She loves how, in her culture, food brings people together, but realizes not everyone has the time or the large family to experience a traditional Ethiopian meal. She has created WUHA to be a “fast” Ethiopian American experience, giving people who haven’t had an experience with Ethiopian food a quick option that features new flavors and just enough to “eat now.”

Her dream is to franchise and bring everything from spice blends to packaged meals to anyone who loves Ethiopian flavors. Dishes will include a vegetarian injera wrap and Ethiopian beef curry; Yirdaw says she’ll be launching a breakfast menu soon.

Batulo Nuh and Mwana Moyo met when they were neighbors in Shoreline, bonding over the similarities in their food. Nuh is from Somalia and was raised in Kenya while Moyo is from Tanzania. While Moyo has experience as a catering chef, Nuh is completely self-taught. Nuh says they each have their standout dishes. “The goat, I would say, is mine, but for her it’s the samosa. I love her samosa,” she says, her eyes crinkling with a smile.

Cooking never interested Theary Ngeth when she was younger, but as a single mother of three it became something she had to do to feed her kids. Turns out she had natural talent absorbed from watching her mother cook their traditional Khmer dishes while growing up. Over the past few years, Ngeth has whipped up nearly 500 meals over three days every week at the South Park Senior Center, and she has finely honed a chili oil that her friends have begged her to start selling.

At her stall at Spice Bridge she hopes to introduce people to Khmer soups, noodle dishes and curries, all customized to personal taste with a hit of her chili oil.

When Taste of Congo opened at the beginning of September as a part of Spice Bridge’s soft opening, it was the only Congolese restaurant in Washington. Caroline Musitu has lived in Washington since 2009, and it didn’t take long before her chicken mayo and ngombe ya sauce (beef stew) were the most in-demand dishes at community potlucks. She says when her time at Spice Bridge is up, “if God wants, I want to open up my own restaurant.”

She’ll specialize in a mix of Congolese street food with national dishes, like the tender chicken mayo, plus beignets, grilled goat and fresh-squeeze juice blends.

Nasrin Noori is a mother of four and knows there are some days when you just don’t feel like cooking. Jazze’s (named using the initials from her children’s names) is her solution. Her dream is a restaurant that combines locally sourced, organic Afghan recipes with a family-friendly environment. “Families can come, kiddos can come around and parents can listen to some spoken word or local artists. A fun place with healthy, nutritious food,” she says.

At Spice Bridge, Noori will feature vegetarian and paleo options alongside pulled lamb sandwiches, and she has plans to sell jarred sauces and family-sized prepared meals, too.

Sisters Adama Jammeh and Oumie Sallah learned to cook from their mother in Gambia, but they have gained such a reputation within their family that their younger siblings complain they don’t eat very well since the sisters moved to the U.S. Sallah and Jammeh first lived in St. Louis, running a small catering business before Jammeh moved to Washington state in 2011. Sallah followed shortly after, and even though the sisters still work at a bank (Sallah) and as a caregiver (Jammeh), their dream is to own their own Senegambian restaurant.

The menu at Afella Jollof features jollof rice, samosas and chicken or fish yassa, a rich dish of garlic and mustard-marinated grilled meat.

Monica Di Bartolomeo has wanted to own a bakery ever since she pulled hot bread from an oven during a field trip in kindergarten. “I remember the smell of the bread and the heat from the oven in my face,” she says. Her husband Ariel Firpo’s mother and grandmother sold cakes and baked goods in Argentina and soon enough Di Bartolomeo was baking alongside them. They couple used to operate a small catering business out of Kirkland selling alfajores, but political unrest in Argentina made it difficult to source dulce de leche affordably.

Now at Spice Bridge, Di Bartolomeo specializes in Argentine facturas and cookies as well as empanadas and sandwiches.


Jackie Varriano
covers the food scene in the neighborhoods around Seattle. She loves digging into stories that discuss why we eat the things we do — and when — in our region and beyond. Her very first article was a gossip column for her YMCA summer camp in 1990. Reach her at [email protected] On Twitter: @JackieVarriano. 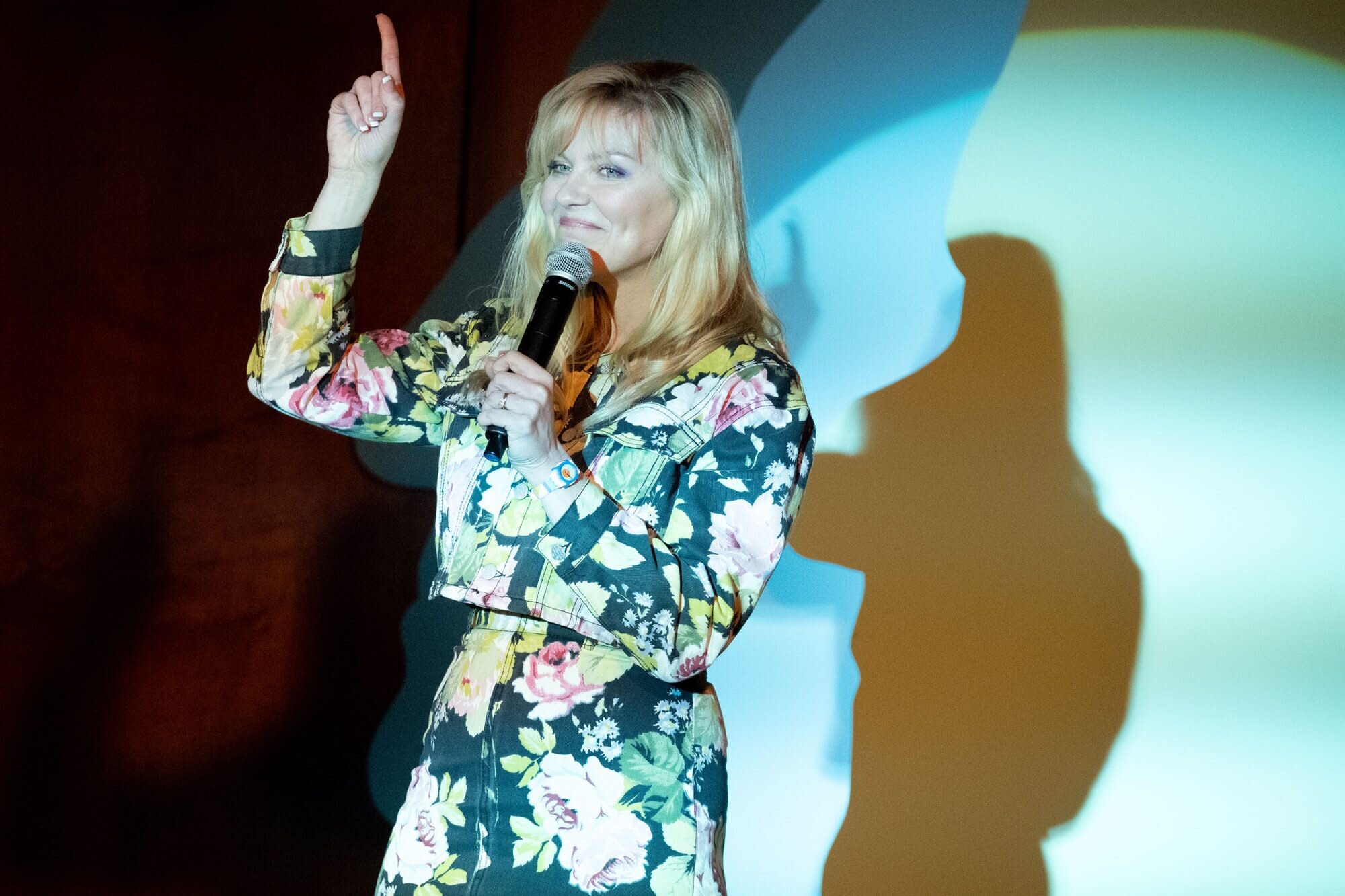