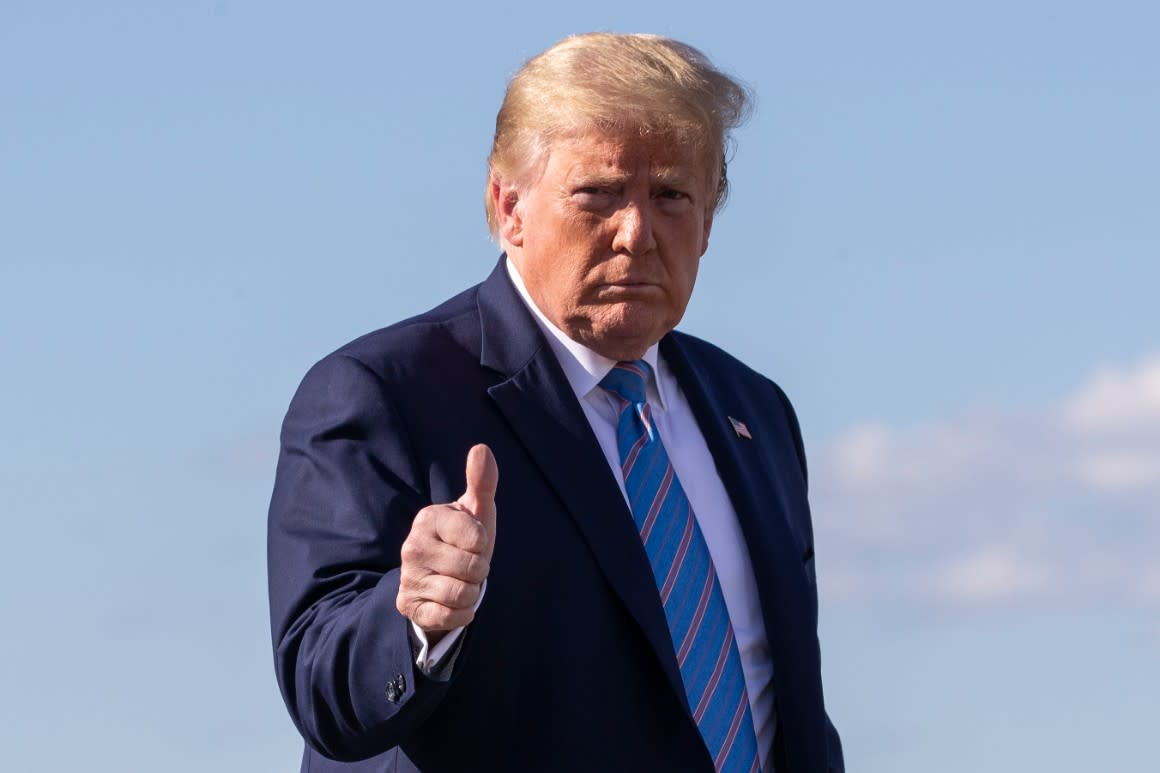 In an interview with Fox News, Tybring-Gjedde argued that Trump had “broken a 39-year-old streak of American presidents either starting a war or bringing the United States into an international armed conflict,” adding that the “last president to avoid doing so was Peace Prize laureate Jimmy Carter.”

Tybring-Gjedde was one of two Norwegian lawmakers who previously submitted Trump’s name for the Nobel Peace Prize in 2018 after his first summit with North Korean leader Kim Jong Un in Singapore — during which Trump and Kim signed a joint agreement committing to the complete denuclearization of the Korean Peninsula.

The relationship between Trump’s administration and Kim’s regime deteriorated in subsequent months, however, as Kim showed reluctance to surrender his nuclear capabilities. In a second summit with Kim last year in Hanoi, Vietnam, Trump walked away from negotiations aimed at striking a nuclear accord.

White House press secretary Kayleigh McEnany also offered praise for the president, telling Fox News that his nomination was a “big deal” and “well-deserved” while misleadingly describing the Israel-UAE agreement as a “peace deal.”

“This president’s created peace around the world, drew down endless wars, and this is a president who is very much deserving of the Nobel Peace Prize,” she said, adding that “you cannot deny what has happened on President Trump’s watch.”

Although Trump was similarly enthusiastic about his nomination, he seemingly thought it to be overdue, retweeting a message asking: “What took so long?”

Even before his 2016 White House run, Trump had criticized former President Barack Obama for winning the Nobel Peace Prize barely nine months into office in 2009, when Obama himself conceded he had not yet produced significant results.

Obama was awarded the distinction for his “extraordinary efforts to strengthen international diplomacy” and his support for nuclear arms reduction. Three other U.S. presidents also have won the Nobel Peace Prize: Theodore Roosevelt, Woodrow Wilson and Jimmy Carter.

Last September, Trump railed against the Norwegian Nobel Committee — which is responsible for selecting the Peace Prize winners — after boasting about his ability to potentially broker a peace deal in the disputed region of Kashmir, between India and Pakistan.

Trump said he “would get a Nobel Prize for a lot of things if they give it out fairly, which they don’t,” and repeated his complaint that Obama was undeserving of the honor.

“They gave one to Obama immediately upon his ascent to the presidency, and he had no idea why he got it,” Trump said, adding: “You know what? That was the only thing I agreed with him on.”

There are currently 318 candidates for the Nobel Peace Prize for 2020, the fourth-highest number of candidates ever, according to the official website of the Nobel Prizes. Nominators qualified to submit candidates include a wide variety of figures from academia, government and other fields.

Despite his apparent fascination with the Nobel Prizes, Trump misspelled them and appeared to mistake the awards for journalism-related honors in April, when he attacked members of the media in a spree of since-deleted tweets.

“When will all of the ‘reporters’ who have received Noble Prizes for their work on Russia, Russia, Russia, only to have been proven totally wrong (and, in fact, it was the other side who committed the crimes), be turning back their cherished ‘Nobles’ so that they can be given to the REAL REPORTERS & JOURNALISTS who got it right,” Trump wrote, likely intending to refer to the Pulitzer Prizes.

“When will the Noble Committee Act?” Trump asked in another message, before seeking to shrug off his mocked tweets as a show of sarcasm.

“Does anybody get the meaning of what a so-called Noble (not Nobel) Prize is, especially as it pertains to Reporters and Journalists? Noble is defined as, ‘having or showing fine personal qualities or high moral principles and ideals,’” he wrote. “Does sarcasm ever work?”