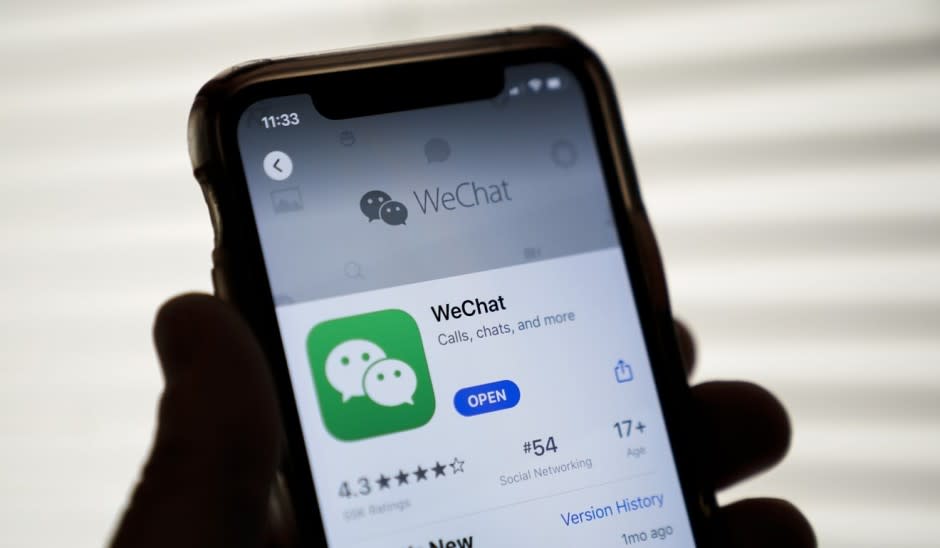 TikTok, WeChat bans starting Sunday will be limited in scope

The restrictions the US government plans to impose on popular Chinese apps TikTok and WeChat will be limited in scope, and it has effectively pushed the deadline for TikTok to strike a deal out to November.

The Commerce Department announced early on Friday that as of Sunday, new US downloads of TikTok, owned by ByteDance, will be prohibited. WeChat will be banned from using services in the US necessary for the app to function. TikTok users who have the apps can continue to use them, but no upgrades or updates will be available after Sunday.

“The scope of the orders is pretty narrow, focused on US operations of the firms [and] apps, and not extending to their use in key markets like China or Southeast Asia,” said Paul Triolo, head of the geo-technology practice at Eurasia Group.

Get the latest insights and analysis from our Global Impact newsletter on the big stories originating in China.

“The bulk of the TikTok restrictions do not take effect until November 12, giving more time for the restructuring of TikTok’s US operations and investments by US companies to take effect,” said Triolo.

Commerce Secretary Wilbur Ross said on Friday morning on Fox Business that “the only real change as of Sunday night will be [TikTok users] won’t have access to improved apps, updated apps, upgraded apps or maintenance”.

The ban would go into effect on September 20 at the end of the 45-day period required by US President Donald Trump’s executive order on August 6, in which required that ByteDance sell TikTok’s US operations to an American company.

Trump said that TikTok needed an American owner to ensure that its users’ personal data – TikTok already has more than 100 million US users – would not be turned over to the Chinese government.

Friday’s order effectively gave TikTok until November 12 to clinch a deal that will satisfy Trump’s request.

In a statement on Friday, a TikTok spokesperson said the company “disagree[d] with the decision” and was “disappointed”.

“We’ve already committed to unprecedented levels of additional transparency and accountability well beyond what other apps are willing to do, including third-party audits, verification of code security, and US government oversight of US data security,” according to the statement.

“An American technology provider would be responsible for maintaining and operating the TikTok network in the US, which would include all services and data serving US consumers.”

“We will continue to challenge the unjust executive order, which was enacted without due process,” TikTok said.

TikTok’s interim CEO Vanessa Pappas in a Friday tweet said “this type of ban would be bad for the industry”.

Pappas said TikTok invites “Facebook and Instagram to publicly join our challenge and support our litigation,” referring to the August lawsuit the company filed against the Trump administration, accusing the president, the Commerce Department and the commerce secretary of violating the constitutional right to due process.

“This is a moment to put aside our competition and focus on core principles like freedom of expression and due process of law,” Pappas said.

“An American technology provider would be responsible for maintaining and operating the TikTok network in the US, which would include all services and data serving US consumers,” TikTok said.

“We will continue to challenge the unjust executive order, which was enacted without due process.”

Adam Mosseri, head of Instagram, without commenting on TikTok’s invitation to join forces, said in a tweet that “a US TikTok ban would be quite bad for Instagram, Facebook, and the internet more broadly.”

The company is “reviewing the latest announcement”, the company said, while stressing that WeChat “has always incorporated the highest standards of user privacy and data security” outside China.

Tencent will continue to discuss with the US government and other stakeholders in the US ways to address the concerns, the company said.

The Trump administration has been reviewing a proposal submitted by TikTok’s parent company over the past weekend to bring American tech giant Oracle in as its “trusted technology partner” in the US.

On Wednesday, the Committee on Foreign Investment in the US (CFIUS), an inter-agency governmental body in charge of reviewing merger deals involving foreign companies, reportedly found the deal falls short of addressing the issue of data privacy.

Trump on Wednesday, commenting on the reported CFIUS conclusion when asked by a reporter, said that he was “not going to be happy with” the current deal structure.

When Trump insisted in August that ByteDance sell TikTok’s US operations to an American company, he was aiming for a clear-cut deal that would hand him a win over China.

Since Wednesday, discussions followed between administration officials and the companies to find a way to address the national security concerns.

One sticking point is the nuance in how to calculate ownership. US investors including Oracle and existing backers including General Atlantic and Sequoia Capital will own 60 per cent of the stake in TikTok US operations if ByteDance’s current funders, some of which are US investors, are counted in.

Oracle would have full access to TikTok’s source code and updates to make sure there are no “back doors” that could allow the transfer of user data to the Chinese government, Bloomberg reported.

TikTok is also said to have committed to locate a global headquarters in the US that will create about 20,000 new jobs.

Meanwhile, the restrictions for WeChat are more extensive, but are still limited to the US markets.

It will ban American companies from transferring funds or processing payments through WeChat in the US, but Americans can still use the app for payments in China, Ross said.

Beginning Sunday, it will be illegal to host or transfer traffic to and from WeChat in the US, the Commerce Department said on Friday.

This means that the service provided by intermediary companies to help WeChat to deliver its content in the US will be banned, said Triolo.

“This will impact the ability of WeChat to route traffic within the US and could impact international traffic destined for China,” he said.

The US business community, many of which use WeChat as a tool to do business with their Chinese counterparts, had objected to the initial order, saying the ban in China could cost US companies tens of billions in lost revenue.

“We continue to emphasise with the administration that we think around US$75 billion of sales would be disrupted if the executive order was to be implemented and to include restrictions on the China markets,” said Jacob Parker at the US China Business Council last week.

Today’s orders give the companies time to begin implementing them before the orders take effect, Eurasia’s Triolo said.

“We expect the apps to be taken down from US app stores over the weekend,” he said.