TikTok has reached an agreement to partner with software giant Oracle, a landmark deal that could redefine how the U.S. and China square off over the reach of their homegrown technology companies.

The deal, which was confirmed Sunday by a source with direct knowledge, comes after the Trump administration pressured TikTok to sell its U.S. business over concerns about the threat to national security. The administration alleged that the company’s ties to China through its parent company, ByteDance, meant it would have to hand over data about Americans if asked by China’s government. TikTok has denied that it would hand over data, which it stressed is stored outside China.

The source would not detail which parts of the technology were being taken over by Oracle, which did not immediately respond to a request for comment Sunday. Microsoft had been considered a front-runner to buy TikTok US until this weekend. Microsoft said earlier that ByteDance had alerted the company that it was passing on its proposal.

ByteDance and Oracle still face several hurdles in completing a deal. First, they will need to win approval from the U.S. Committee on Foreign Investment in the United States, or CFIUS, an interagency group that is tasked with overseeing foreign investments in the U.S. A source familiar with the negotiations said both parties believed their deal was structured to satisfy all of the committee’s national security concerns. Even then, the deal still remains vulnerable to the larger geopolitical tensions between Washington and Beijing, and both governments could move to scuttle a deal if they deemed it politically advantageous.

TikTok spokesperson Hilary McQuaide declined to comment, saying the company would not comment “on rumors or speculation.”

The short-form video app burst into popular culture in the past few years, becoming one of the few recent social media upstarts to offer a credible rival to U.S. giants like Facebook and Snapchat. The app, which gives users the ability to create short videos matched to sound or music, has created its own generation of celebrities and countless dance trends.

Get breaking news and insider analysis on the rapidly changing world of media and technology right to your inbox.

But its ties to China emerged in the past year as a quiet point of contention in Washington. In November, TikTok was mentioned as a national security threat, and the U.S. government opened an investigation. Since then, Secretary of State Mike Pompeo has said the U.S. was “looking at” banning the app, and President Donald Trump has threatened to do so several times.

“There’s a bit of a reciprocity process going on here, since China doesn’t allow U.S. tech companies like Facebook and Google,” said Paul Triolo, head of global technology policy at the Eurasia Group. “All of these actions are part of an effort by China hawks in the U.S. government to push for this decoupling, which includes a whole range of issues but has sort of crystallized in the last three to six months into this view that Chinese companies are untrusted vendors.”

On Aug. 6, Trump signed an executive order banning U.S. companies from doing business with ByteDance and alleging that the app poses risks that amount to a “national emergency.”

The order states that the app, which is reported to have been downloaded 175 million times in the U.S., captures “vast swaths” of information and “threatens to allow” Chinese government officials to track Americans.

TikTok repeatedly denied the allegations. It said that its U.S. user data is stored in the U.S. and that only a backup exists in Singapore. It also said its data centers are outside China, which suggests the data is not subject to Chinese authority.

“The U.S. government is forcing one of China’s most successful global media companies to sell under a less than ideal time frame, and China is trying to avoid having this set a precedent,” Triolo said. “The TikTok ban has to be viewed as part of this longer-term effort by the U.S. to police the boundaries of its technology ecospheres with China.”

Download the NBC News app for breaking news and alerts

While cybersecurity experts note that China’s laws enable its government to pressure companies like ByteDance to provide access to user information, they say there is no evidence that has happened to date. In addition, many American and other international companies have access to similar amounts of user data.

The executive order set a deadline of Tuesday to finalize a sale. After then, TikTok would essentially be cut off in the U.S., based on the terms of the order.

Walmart has also expressed interest in investing in TikTok and said in a statement Sunday that it is continuing discussions with ByteDance leadership.

TikTok sued the U.S. government last month, challenging the executive order and alleging that it was deprived of due process when the administration issued the ban. The suit also alleges that the government failed to provide evidence that TikTok was actually a national security threat. It was thought that the lawsuit might be able to push back the ban, which would allow TikTok more time to secure a deal.

As the company sells its U.S. business to Oracle, it is also undergoing internal change.

TikTok CEO Kevin Mayer announced in August that he would be quitting after having assumed the role in June. The head of TikTok’s U.S. business, Vanessa Pappas, took over as interim head.

Jo Ling Kent is the business and technology correspondent for NBC News. 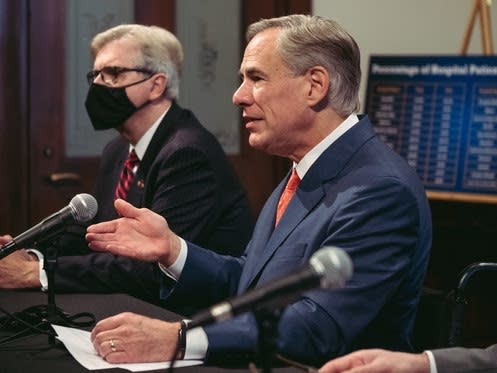