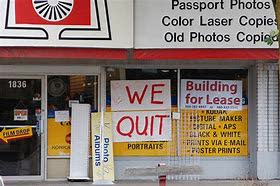 The last few months have been painful for small businesses across America. These businesses often have a difficult time getting a bank loan. Bubbling up to the surface is the recognition that the Fed has played a major role in pushing inequality higher. This was highlighted when Federal Reserve chairman Jerome Powell admitted it’s tough for the Fed to boost lending to smaller businesses. “Trying to underwrite the credit of hundreds of thousands of very small businesses would be very difficult,” Powell said. He acknowledged that many of these small loans are really nothing more than the personal promises of people struggling to keep the doors of their business open.

As the financial pain from the pandemic and government restrictions placed on businesses continue, much of the money thrown out to ease our pain has rapidly flowed into the hands of Wall Street and big business. The reality that most small businesses close in failure underlines the risk involved in loaning money to such concerns. Still, it is difficult to deny the importance of small business in the overall economy. It plays a major role in communities by both creating jobs and allowing individuals to better their lot in life.

During a recent exchange between House Financial Services Committee Chairwoman Rep. Maxine Waters of California and Powell, it became evident that Powell was not rushing to implement changes in the way things are done in an effort to aid small businesses and level the playing field. Waters suggested the Fed and Treasury Department lower the minimum size of the loans under the Main Street Lending Program to $100,000 from the current $250,000 to help a larger number of small companies that have been hurt by the pandemic. Powell even went so far as to claim there was little demand for loans below $1 million.

A business owner struggling to pay his three workers would dispute Powell’s statement about little demand for smaller loans. Both Powell and Treasury Secretary Steven Mnuchin have also voiced concern about the commercial real estate sector and how they both indicated it is not easy for the federal government to craft an aid program to blunt the damage growing in this part of the economy. Mnuchin said the PPP program has played a role in enabling firms to continue paying their rent so landlords can pay their mortgages. There is fear building in the area of commercial real estate that defaults will send property values into a downward spiral.

Sadly, the same policies that dump huge money into larger businesses because it is an easier and faster way to bolster the economy give these concerns a huge advantage over their smaller competitors. A big problem is that this often is enough to put smaller companies out of business. The damage this is doing to society is something that will be difficult to remedy. Once businesses close, a series of negative events generally unfold, such as buildings going empty and debts not being paid. This tends to impact the economy and communities for years.

On Thursday, Powell and Mnuchin appeared before the Senate Banking Committee and answered even more questions about the hardship the coronavirus has brought upon the economy. While they see significant support for legislation that supports jobs and extending the PPP, they recognized the gap between the House and Senate negotiations. Still, they gave little doubt that more money and fiscal support will be needed and they are ready to act. This includes looking at ways to expand the Main Street lending facility and make the programs more flexible. This means we will probably see more money flowing into a forgivable loan or grant programs. Both indicated the need to get more PPP money to businesses with decreased revenue, saying it would be very important in the effort to save jobs.

The recession this year due to COVID-19-related shutdowns is bizarre in nature due to the extreme intervention of central banks and governments. We have seen many small businesses devastated at the same time personal incomes have soared. Usually, a recession is marked by a fall in incomes or consumers being tapped out and unable to spend. The massive fiscal stimulus that has been unleashed by the U.S. government has led to the biggest surge in personal income in history. In fact, government transfer payments have soared to where they constitute an unheard-of 30% of all personal income.

To put this into context, the transfer of payments has been rising for decades, but the COVID-19 crisis has allowed it to explode. During the ’50s and ’60s, it was around 7%. For a short period in the mid-’70s and following the 2008 financial crisis, it hit the high teens. As the chart on the left indicates, this is far above any intervention we have experienced in the past. This is why in this bizarre economy, nobody should consider the GDP as an indicator of our economic health.

In short, the Fed has been subsidizing the 1% at a heightened pace for the past decade, and this has both spurred inequality and given big business a huge advantage in the ability to fund its needs. It also means the government has been funding the lives of every American to a greater extent. From the talk now being bantered around, it sounds like all these people are talking about again releasing trillions of dollars into the economy. We should all be aware that the longer this goes on, the more power is shifted away from the people and the small businesses that line Main Street.

A final thought. It is all very difficult to square this with what Richmond Fed President Tom Barkin said on Thursday, “The U.S. recession was severe but also short and is now over.” Ironically, this is also the same day that St. Louis Fed President James Bullard claimed the economy could fully recovery on some metrics by the end of this year. In my opinion, more important than squaring such talk is the fact that small business has taken the brunt of pain dished out while Wall Street and big business have eaten their lunch. 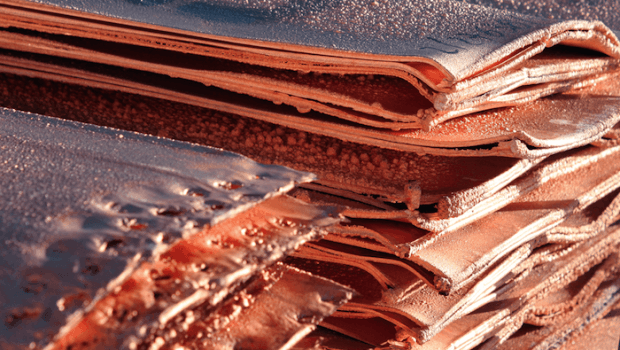