Inc. is celebrating Small Business Week 2020 with a look at local merchants beloved by customers whose devotion goes beyond loyalty and well into passion.

Nevaeh McKenzie reliably attracts crowds to his monthly story hours at Changing Hands Books. Glossy-tressed and thick-lashed, McKenzie–Miss Gay Arizona 2015–reads from books about feelings and inclusion to between 40 and 100 parents and children, sprawled on the floor or perched on folding chairs. Later McKenzie and the other storytellers–Sophia Sinclair (former Empress to the Imperial Court of Arizona) and Gray Matter (the reigning Mister Phoenix Pride)–lead the children in a craft related to compassion and self-confidence.

“It is incredible to see a 10-year-old boy sitting there–laughing, crying–and then afterward saying this is the only place I feel safe in the entire world,” says Gayle Shanks, the store’s co-owner.

Drag Queen Story Hour, which Changing Hands introduced in 2019, joins an eclectic lineup of programs that includes story hours for bilingual and deaf children. The 41-employee business hosts 400 book readings and other events each year at its two locations: a flagship store in suburban Tempe, Arizona, and a sleek bookstore-plus-wine-and-coffee-bar in downtown Phoenix. Local high schools, churches and theaters throw open their doors to accommodate its biggest draws: speakers like Barack Obama, Madeline Albright and Isabelle Allende.

The business is also a seedbed for aspiring authors, who can attend myriad classes taught by industry professionals on such subjects as how to write a memoir and how to get published. The popular Mothers Who Write workshop guides students as they wrestle the experience of parenting into prose, culminating in a public presentation. Among the most popular events is a bi-annual panel featuring three first-time novelists. “In the audience will be a lot of people who have books they would like to publish,” says Shanks. “They have a lot of questions about how did it happen?”

And you’d be hard pressed to find a fundraiser without a Changing Hands donation. “We give away gift certificates to organizations every single day,” says Shanks. “We never say no.”

Changing Hands’ contributions to the cultural, political and civic life of Tempe helped it survive the incursion of chain stores that took down some other area bookstores in the 1990s and to achieve pre-Covid-19 sales of around $6 million across its two locations. The business is so valued by locals that real estate agents use proximity to Changing Hands as a selling point. In the mid-1990s, then-Tempe mayor Neil Guiliano called it “the living room of our community.”

Kate Baker, a customer of Changing Hands for decades, often attends events there and particularly loves the debut-author panels. The owners “are wonderful at building relationships,” she says and at rallying other merchants around issues. “They also are incredibly generous,” says Baker, who works with several not-for-profits. “It is easy to touch Changing Hands’ heart.”

After their students went home in the afternoons, Shanks, Bob Sommer and Tom Brodersen would sit on the porch of the alternative school where they were first-time teachers, sharing the fantasy of opening an independent bookstore. Then one day in 1974, Brodersen showed up at the apartment shared by Shanks and Sommer (now married) with news. For $500 he had acquired the inventory, shelves and cash register of Caveat Emptor, a Tempe bookstore that was closing down. “He said, ‘Would you guys want to go into business with me?'” recalls Shanks.

The store started as a place where people could trade used books. “We called it Changing Hands because we liked to think of books going from one person to the next, and the ideas going with them,” says Shanks. In the tiny former typewriter repair shop on then-shabby Mill Avenue, a single bookcase held new volumes, carefully chosen from The Whole Earth Catalog. They were titles about politics and environmentalism: subjects the idealistic young founders hoped would open minds and change attitudes.

Seven months after launch, Changing Hands bought the stock of a local store called Tibetan House, whose owner moved to India to study with gurus. The meditation groups that had met at Tibetan House made Changing Hands their new home. Shanks and her partners learned about eastern religion and philosophy so they could recommend new titles. Soon the store became a local resource for practitioners of Buddhism and other forms of non-traditional (for Arizona) spirituality, who held book clubs there.

Changing Hands also began staging broader community events. On-their-way-up authors like Barbara Kingsolver and Edward Abbey became friends of the store and held readings in its cramped, 500-foot space. Once a month local musicians would gather for concerts. “From the beginning we had a very symbiotic relationship with the community,” says Shanks. “They learned from us. We learned from them.”

The founders were also learning the realities of business. They had launched Changing Hands as a worker collective. But by the time the business reached 11 people, “making decisions by consensus, which is how we ran it, was damn near impossible,” says Shanks. Through attrition and the occasional firing, Changing Hands morphed into a traditional corporation. (Brodersen moved away and left the business in 1983. Cindy Dach, a former employee, became a partner in 2007.)

For Shanks and her partners, community involvement meant more than providing education and entertainment. They also wanted to revitalize the downtown, in decline since malls started colonizing the greater Phoenix area. In the 1980s distinctive independent businesses sprouted along Mill Avenue, transforming it into a vibrant shopping and dining destination. With its eclectic clientele and myriad events and classes, Changing Hands–which had moved into a larger space–helped lead the way.

But problems arrived with the new bustle. In 1993 Shanks became the first president of The Downtown Tempe Community, a nonprofit she founded with other merchants to improve management and promotion. Among other issues, the district was dealing a wave of runaways who were sleeping rough and panhandling. Seeking a humane solution, the group worked with police to photograph the children and post pictures on a national bulletin board so parents could find them. It also installed meters to reclaim parking spaces used by students from the nearby university.

Shanks joined the boards of organizations involved in causes like social services, and co-founded Local First Arizona, which supports sustainable economies. “I realized early on that my involvement in those programs and organizations was going to promote my store,” says Shanks. “But these were also passions that I had.”

By 1998 rents downtown had priced out Changing Hands, which moved to a larger space in the suburbs. Here the owners could accommodate 250 people for events, mounting their bookcases on wheels and rolling them out of the way at show time. Even more starry speakers paraded through: everyone from Hillary Rodham Clinton to Ozzy Osbourne. “David Sedaris stayed until 3 in the morning. He wanted people to tell him jokes,” says Shanks. “Our store becomes retail-theater, sometimes.”

It is also, sometimes, political theater. Changing Hands welcomes not only political authors but also forums on subjects like immigration–an Arizona flash point–and private prisons. The owners encourage divergent opinions, respectfully delivered. (Shanks calls them “crucial conversations.”) There have been flare-ups. People have been asked to leave.

Shanks recalls a visit in 2006 by President Jimmy Carter to promote his book Palestine: Peace Not Apartheid that attracted Jewish and Palestinian protestors to the parking lot. “My husband and I brought them all water, and we had these amazing conversations with them,” says Shanks. A rabbi told her he loved the store but had to take a stand. “And I said, ‘If you are standing out here in 110-degree weather holding onto your values, then I totally get that.”

Changing Hands’ community engagement doesn’t stop with the owners. The company encourages employees to get involved with causes they believe in. Doing so can help you get hired. Job applicants must submit letters about their volunteer activities and other non-professional pursuits, which matter at least as much as retail experience. “We used to get letters that were decorated or filled with brochures for organizations they were working at,” says Shanks. (With email, of course, the decorations are gone.)

Many employees tutor or work with children’s literacy groups: a reflection of Changing Hands’ mission to build readers. “If kids read books they become critical thinkers, and if they become critical thinkers then maybe they can change the world,” says Shanks. In addition to abundant children’s programming the store arranges author presentations in schools and consults about books with local teachers and curriculum developers. During Covid, it has collaborated with students at Arizona State University to make free libraries available at locations where children receiving federal aid pick up food.

Covid has been challenging for Changing Hands, with sales down around 30 percent. Things were better at first, when orders flooded in for care packages of books purchased for relatives and friends in lockdown. Those have tapered off, although book bundles–curated by staff based on customers’ tastes and interests–are doing well. Shanks hopes both will pick up for the holidays and is promoting early shopping, to start in October. (About 40 percent of sales–both in volume and revenue–derive from gifts, which are higher margin. Unlike other bookstores, Changing Hands integrates gifts with books on the shelves: displaying a set of mixing bowls next to The Joy of Cooking, for example.)

Susan Southard, for one, means to continue her long tradition of holiday shopping at Changing Hands. She has a close relationship with the store, where her daughter “practically grew up in the children’s department.” In 2015, when Changing Hands hosted the launch party for Southard’s book, Nagasaki: Life After Nuclear War, the director of marketing arranged for C-SPAN to be there. And Southard’s theater company, which focuses on social change, has performed at the store.

“I go to Changing Hands when I am at the end of my ability to write and just need to think and look at the books and hear great writers,” says Southard. “It is a place of nourishment and belonging. It is one of my favorite places on the planet.” 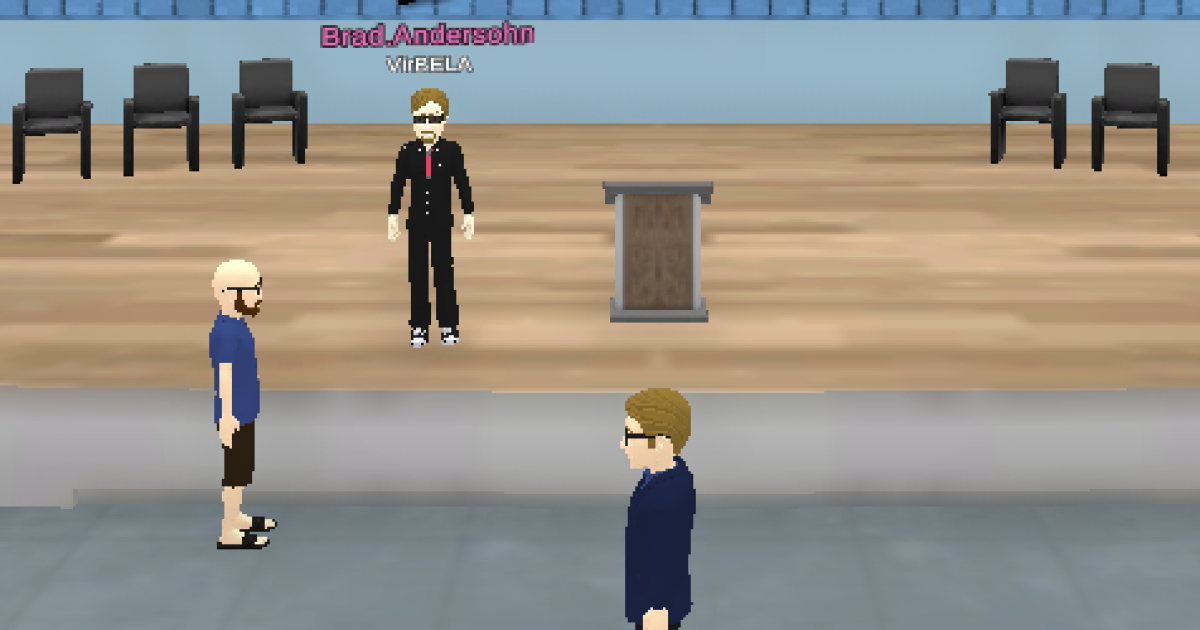 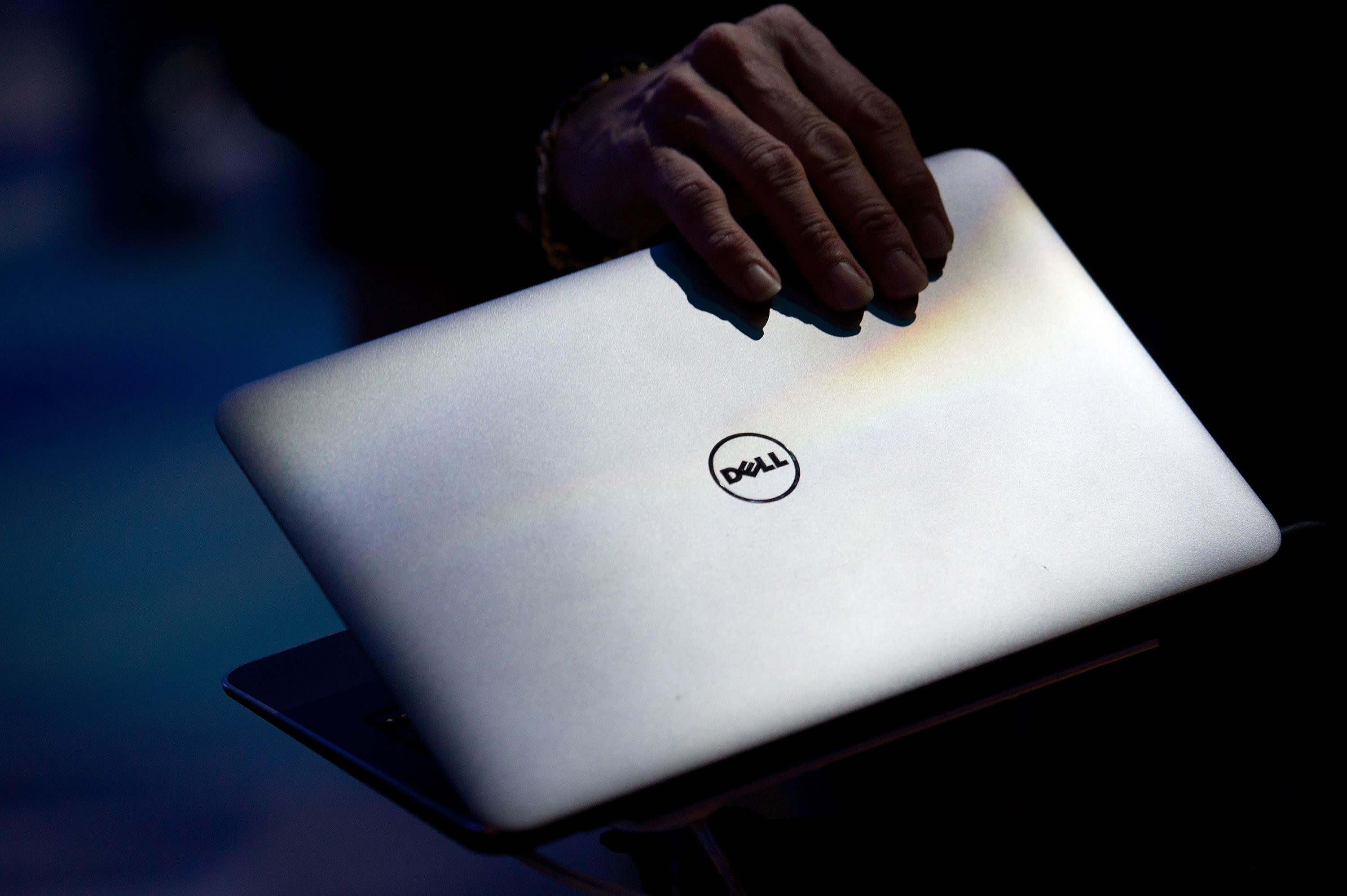