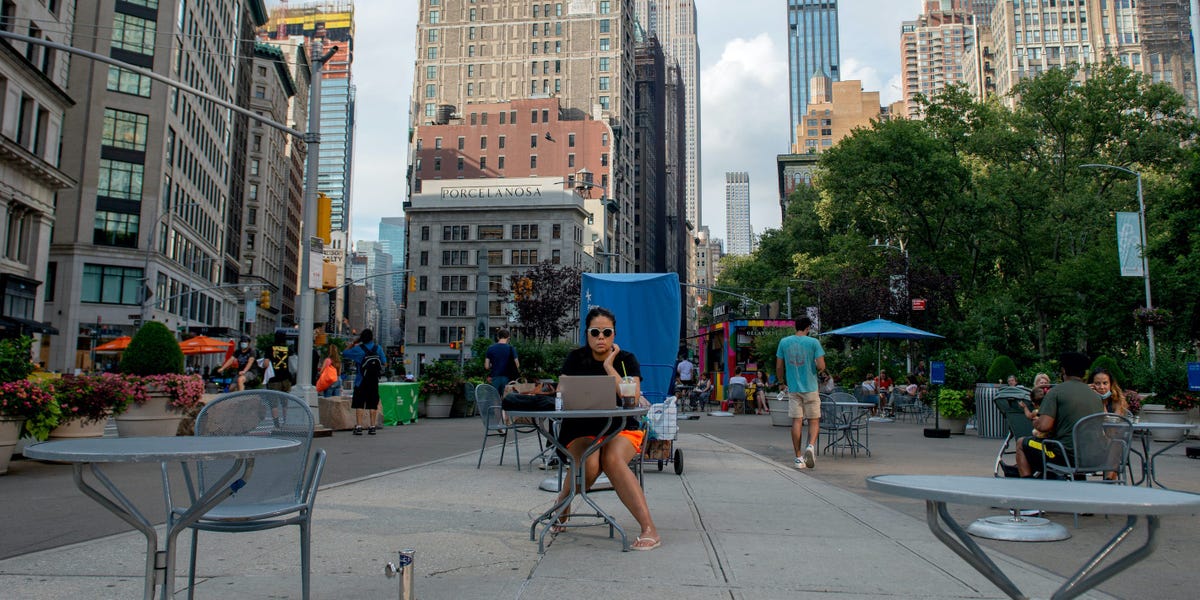 As tech workers continue to leave Silicon Valley for more space and a better cost of living, the companies they work for are responding with a change of their own: cutting salaries.

Over the past six months, many employees living in major cities like San Francisco have uprooted their lives in favor of less densely populated areas with a lower cost of living and more space. While some workers intend to return to the Bay Area once offices reopen, others are making a permanent change, with the intention to work from home indefinitely.

In response, major tech firms have begun scrutinizing the pay of employees who have permanently left the Bay Area. According to a recent report from Bloomberg’s Nico Grant, Sophie Alexander, and Kurt Wagner, software company VMware has decided to reduce the salaries of those who have moved to less expensive cities. While employees can permanently work from anywhere, their salaries may now be lower if they leave the Bay Area — an employee who moves to Denver, for example, will see an 18% reduction in their salary, according to Bloomberg.

Even a move within the state of California will result in lower pay: workers who decamp for San Diego or Los Angeles will take an 8% pay cut, Bloomberg reports.

VMware isn’t the only company evaluating how employees will be paid if they leave Silicon Valley. In late May, Facebook announced that it would allow employees to work from home on a permanent basis, but that beginning in January, their pay will be adjusted based on where they choose to live, according to The New York Times’ Kate Conger.

At Twitter, pay localization has been top-of-mind for years. Back in early May, Twitter CEO Jack Dorsey was the first major tech CEO to announce that employees have the option to work from home forever, with no expectation to return to the company’s San Francisco headquarters when the threat of the virus is diminished. While the move was in response to the coronavirus outbreak, it was part of a larger plan to decentralize the company’s workforce.

Dorsey said on “The Boardroom: Out of Office” podcast in August that Twitter had been moving toward a distributed workforce for “a year, if not two years” before the pandemic. As a result, the company already had a compensation plan in place.

“We have always had a competitive approach to pay localization and are proud of the many ways we are supporting our employees during this challenging time,” a Twitter spokesperson told Business Insider.

The pay localization policy would apply to employees who move outside the Bay Area to less expensive cities, Twitter said. The company’s other coronavirus-related benefits, including company-wide “days of rest,” a $1,000 work-from-home allowance, parent resources, and wellness programs, apply to all employees, regardless of where they live.

But tech workers may not necessarily view a pay cut as a bad thing — in fact, some seem to view it as a small price to pay for a lower cost of living and an improved work-life balance. A new poll from workplace chat app Blind surveyed 2,800 users in New York, Seattle, and the Bay Area and found that 44% would be willing to take a pay cut if they moved somewhere less expensive.

After Bloomberg reported that VMware would be cutting salaries for workers in lower-cost cities, a VMware employee responded they would “gladly” take a pay cut, especially given that many tech workers are paid both a salary and a bonus.

“It’s only a reduction on base, and base makes up half of my TC,” the employee wrote on Blind. “So a net 6.5% decrease in my TC to move to a place where houses are 20% of the price and taxes alone make up ~5-6% difference? Sign me up.”

San Francisco is the priciest US city for homebuyers, and only 18% of households are able to afford to purchase a median-priced home in the region. And while San Francisco’s median income is $112,376, anyone interested in buying a home in the city would need to make a salary of at least $172,153 to be able to afford the mortgage. The cost of living has become so high that even tech workers are struggling to afford it: Another recent Blind survey found that 70% of tech workers said they can’t afford to buy a house in the Bay Area.

Experts told Business Insider’s Katie Canales in May that as the home office becomes more permanent for many workers in the region, we should expect to see an “urban flight.” As of June, rents had already plunged in the region, dropping 9.2% year-over-year in San Francisco. So as many tech offices remain shuttered — with some planning to stay closed until next summer — we may continue to see a Bay Area exodus.

Do you work in tech? Got a tip about how your company is evolving amid the coronavirus pandemic? Contact this reporter by Twitter DM (@averyhartmans) or email ([email protected]).