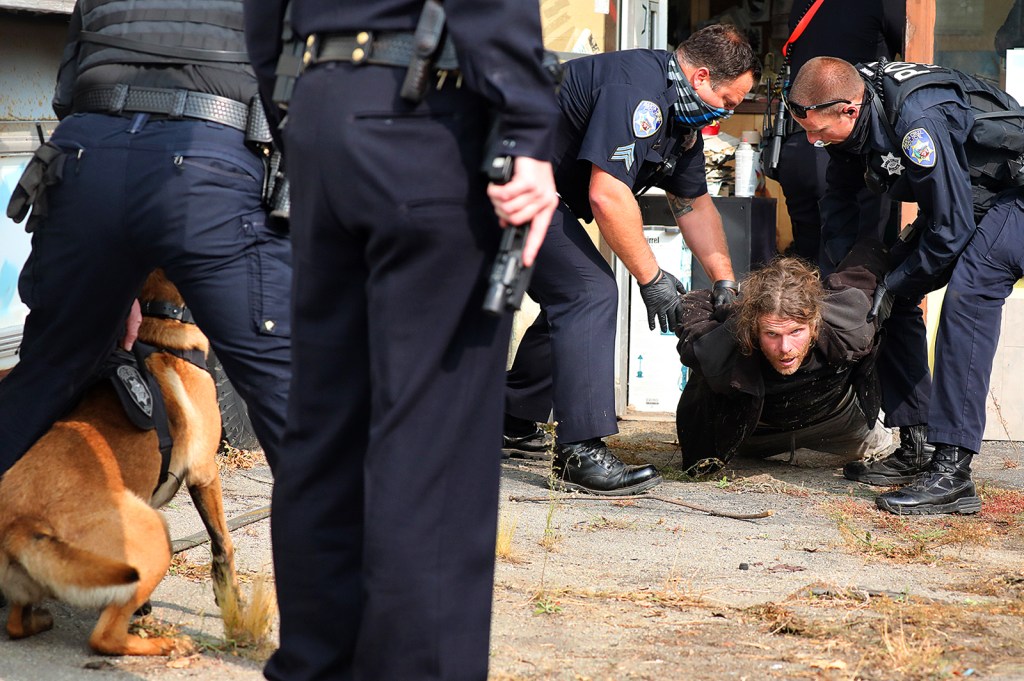 SANTA CRUZ — Police took a Santa Cruz man into custody Tuesday morning for the second time at the same location in a week, a downtown business owner said.

Ron Cash, owner of Ron Cash Automotive Service on River Street, told the Sentinel that he observed the familiar face and left, locking the man in behind the business’ chainlink fence, then called police.

Responding officers, including a K-9 team, surrounded the property shortly before 10 a.m. carrying nonlethal weapons that deployed sponge rounds. After entering the automotive yard, they yelled to the man, later identified as Joshua McDonald, 38, inside the building to lie down on the floor with his hands behind his back. McDonald complied and officers pulled him out and handcuffed him