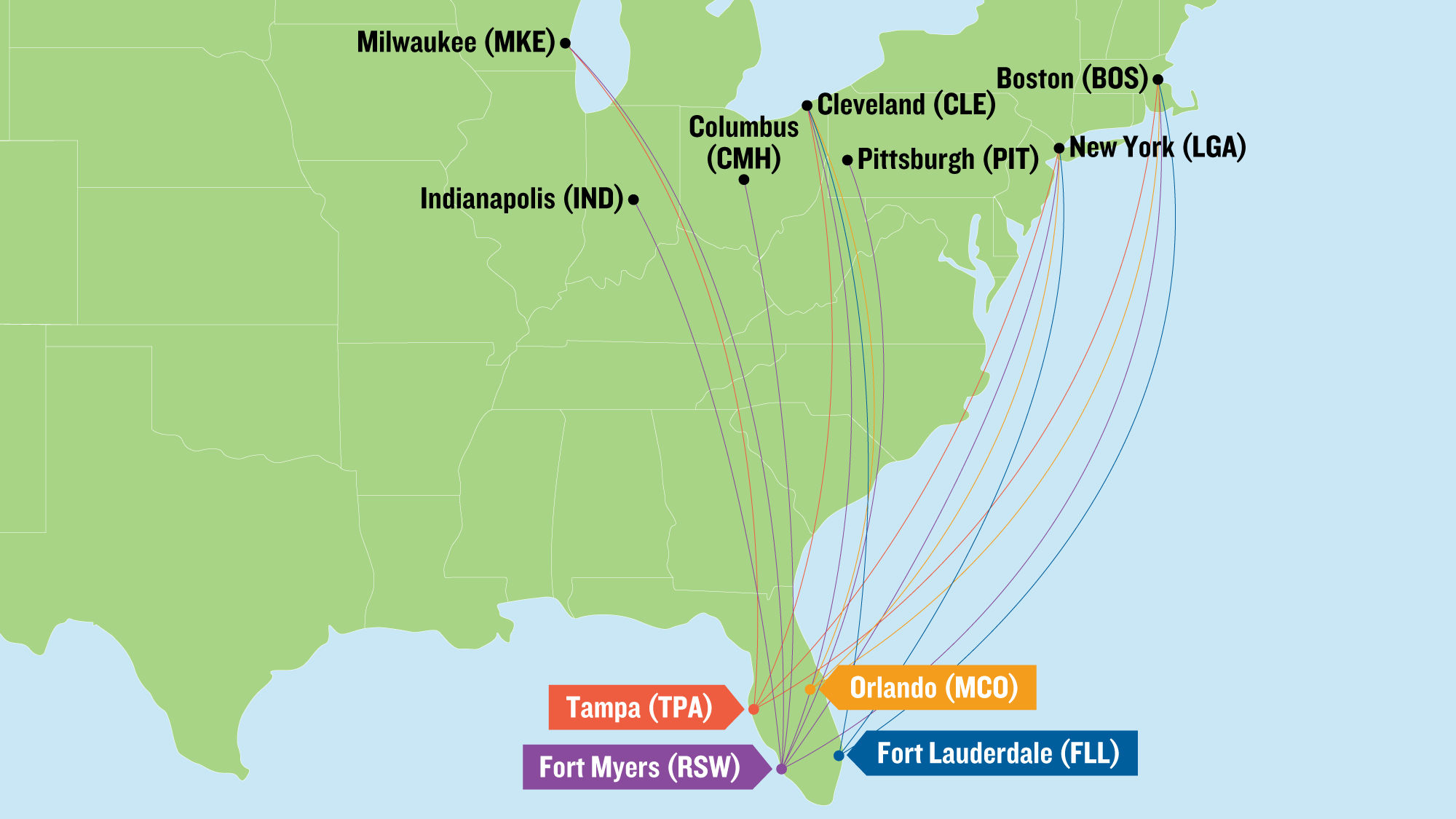 Airlines, practically turning over the seat cushions in search of revenue, have made a major strategic shift away from lavishing attention on business travelers with elite frequent-flyer status and instead are adjusting route networks to place more focus on leisure flyers.

The moves come as business traffic remains down approximately 95%, at least at American Airlines, executives there said earlier this month.

Over the past several weeks, United and JetBlue in particular have emphasized launch dates for new sunseeker destinations. A group of 17 new routes that United will fly from the Northeast and Midwest to Florida during the late fall and early winter is particularly noteworthy because none of them will involve a hub — a major strategic departure for the carrier.

Instead, flights will connect a variety of northern markets, such as Boston and Cleveland, to destinations including Fort Lauderdale, Fort Myers, Tampa and Orlando.