How the Veiled Prophet got its start: An era of class dvision in St. Louis in 1878 | History 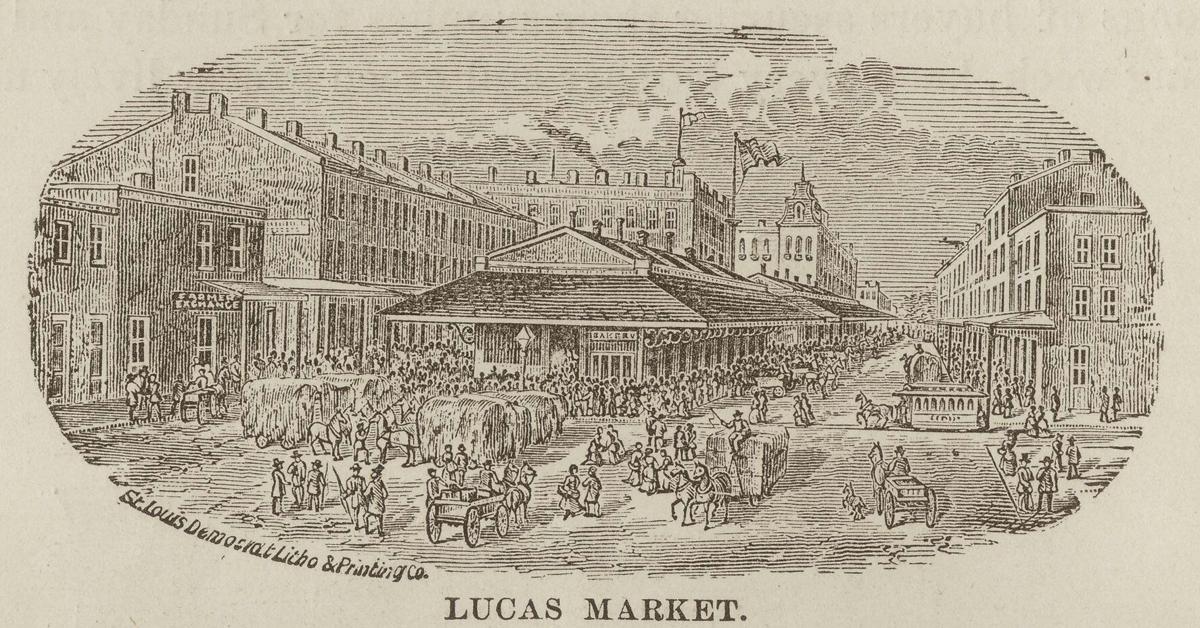 Lucas Market, at 12th (Tucker) and Olive streets in the 1870s. The open-air market was the scene of three nights of speeches and rallies by strikers during the general strike in July 1877. Organized by the small, socialist Workingmen’s Party, the rally speakers shouted in English and German, urging all workers to join in a common strike. The market’s location is why Tucker is a wide boulevard downtown. Image: “Tour of St. Louis, the Inside Life of a Great City, 1878” 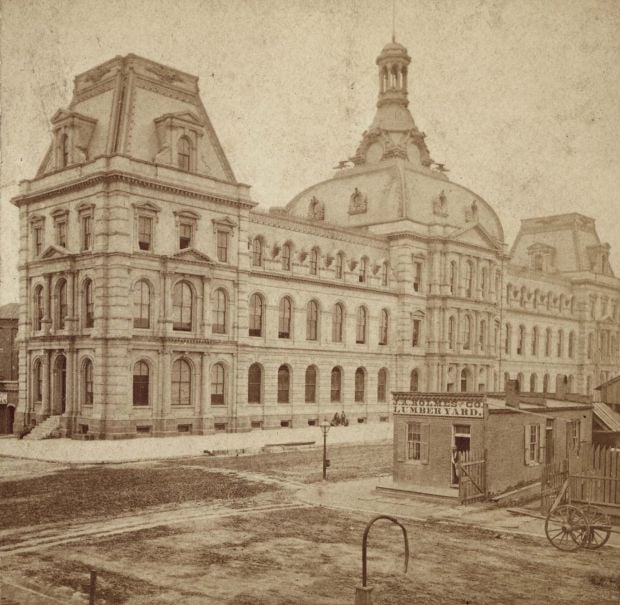 The city Four Courts Building, at 11th and Clark streets. Police officers stayed inside its walls on July 25, 1877, when general strikers marched in force through downtown. It also is where leading businessmen organized a citizen militia from within their own social classes to