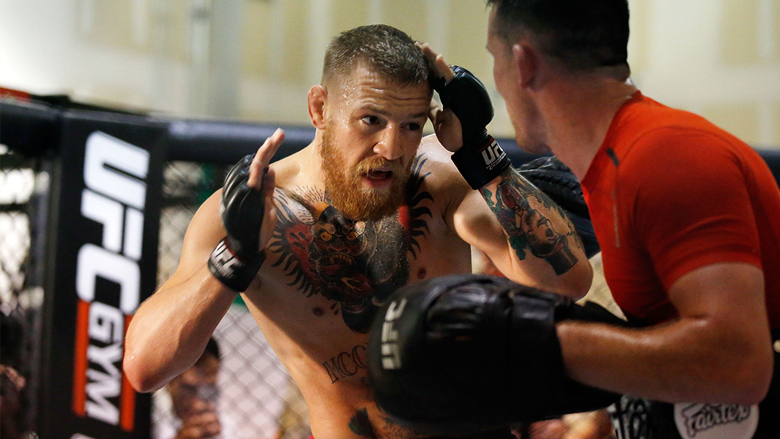 Conor McGregor Is Back Training

Retired superstar Conor McGregor is back training again, and it could be just in time for the fighter to be ready for however the main event at UFC 254 works out. The 32-year-old UFC legend posted stories via Instagram on Friday that have sparked comeback rumors for some fans, and at least given hope to many others, that McGregor might fight again in the future.

Conor McGregor is back training in the boxing ring 🥊 (via @TheNotoriousMMA) pic.twitter.com/xK6xzKlsrU

In the video, McGregor is seen shadowboxing inside a boxing ring.

Will McGregor Comeback to UFC?

McGregor retired over the summer amidst apparent frustration that he couldn’t get the specific fights he wanted.

Most notably, McGregor was interested in facing either UFC lightweight champion Khabib Nurmagomedov or interim champ Justin Gaethje next.