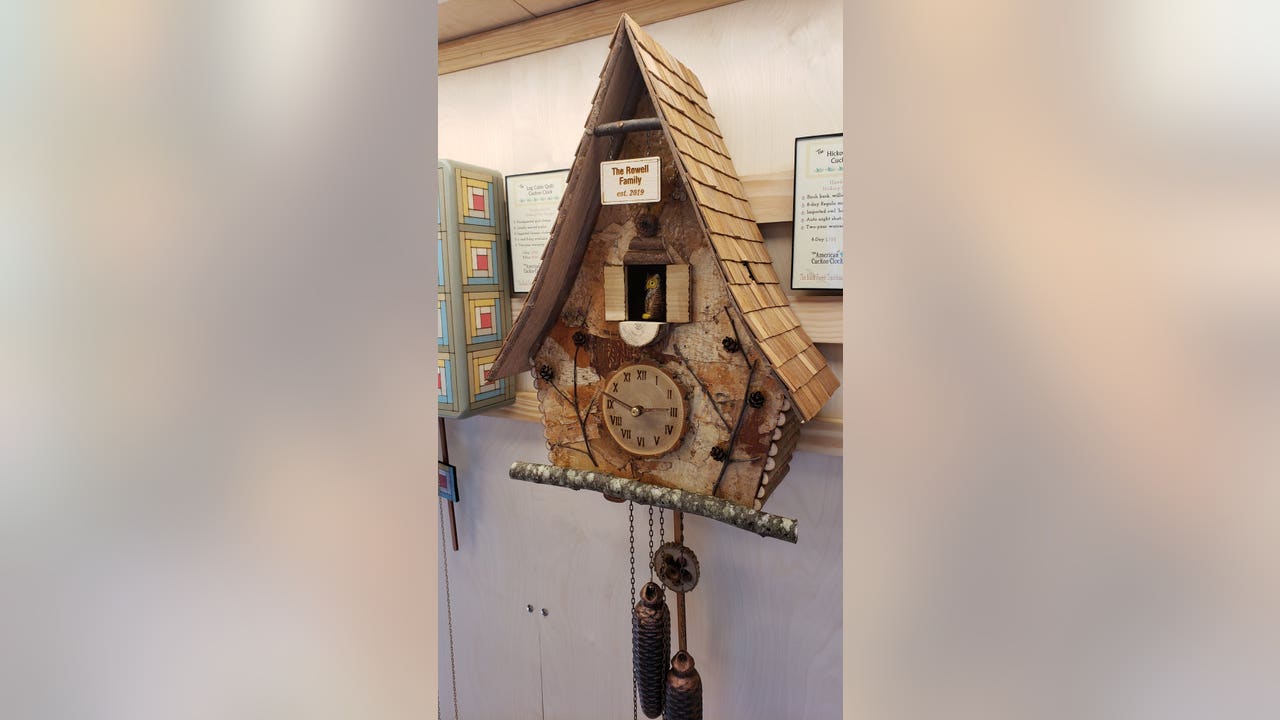 Cuckoo clocks get a Georgia makeover

Jodie Davis got the idea to design her own cuckoo clocks while shooting a television show in Switzerland.&nbsp;

WOODSTOCK, Ga. – It wouldn’t be an insult to call Jodie Davis a little “cuckoo” — after all, these days, the iconic sound of a cuckoo clock is practically her calling card.

“I call them boxes of joy,” she says, gesturing to a wall lined with her whimsical creations.

Davis is the owner of The American Cuckoo Clock Company, based out of Cherokee County.  The renowned quilter — known for writing more than 30 books and hosting popular television shows on the subject — first got the idea to design her own cuckoo clocks while shooting a television show in Switzerland.  Her initial vision — to design the clocks and have them manufactured in Germany — proved a longer process than Davis anticipated, and she decided