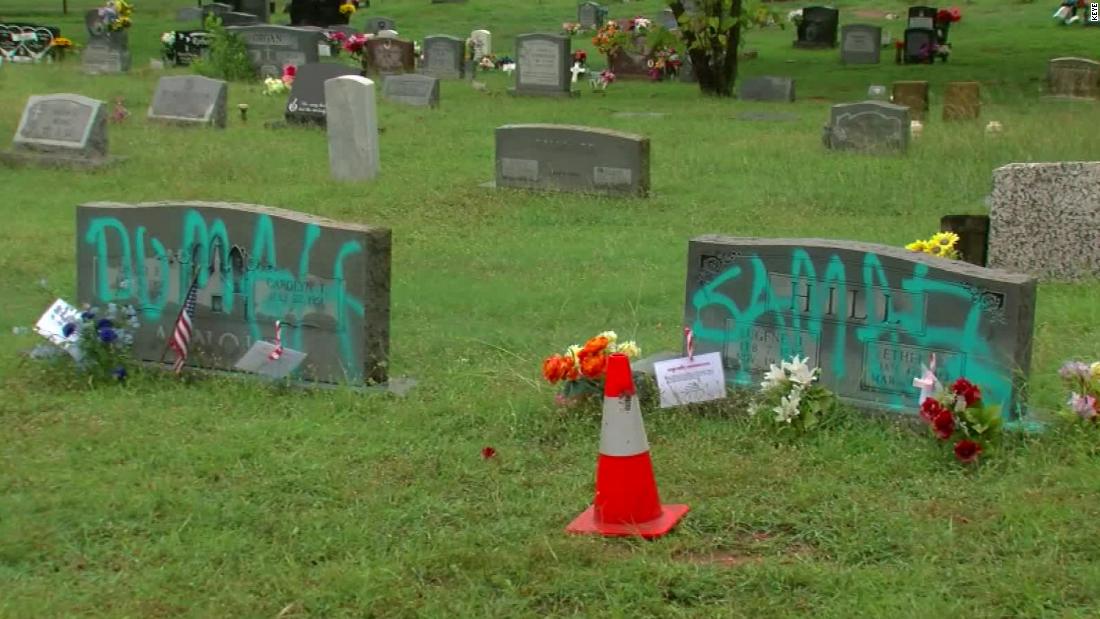 Some of the graves were sprayed with the word “AIDS”, a sideways number eight and other graffiti that was illegible.

The damage was discovered on Monday morning and reported to Austin police, said John Nixon, a spokesman for the parks and recreation department.

“My mother is here, I have uncles here,” Roy Jones told KEYE. “You wouldn’t want nobody to do that to your family.”

Evergreen Cemetery was established in 1926 in East Austin for the city’s Black community.

“It is possible that the establishment of Evergreen Cemetery on the east side was an early part of that effort,” according to the cemetery’s master plan.