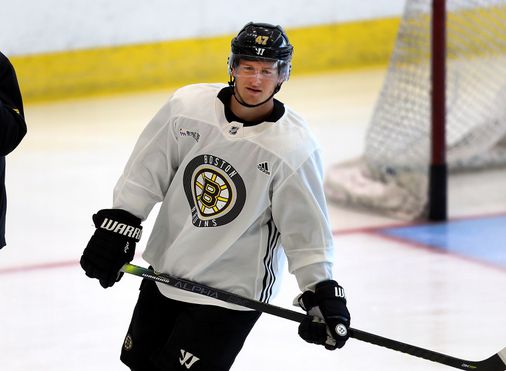 With the draft and free agency, it’s a big week for the Bruins. Here’s what Don Sweeney is thinking

Sweeney does not seem inclined to use more than $7 million of his $14 million in cap space on Krug, who turns 30 in April. Knowing the career-long Bruin could walk for no return when the free-agent market opens at noon Friday, Sweeney could trade his negotiating rights to another team, likely for a middling draft pick.

“We’d consider anything,” said Sweeney, brushing off an inquiry as to whether another team has made such an offer. “I’ll listen to any situation that might improve our hockey club.”

The Bruins’ first-rounder (27th overall) was flipped to Anaheim in the February deal for Ondrej Kase, which also