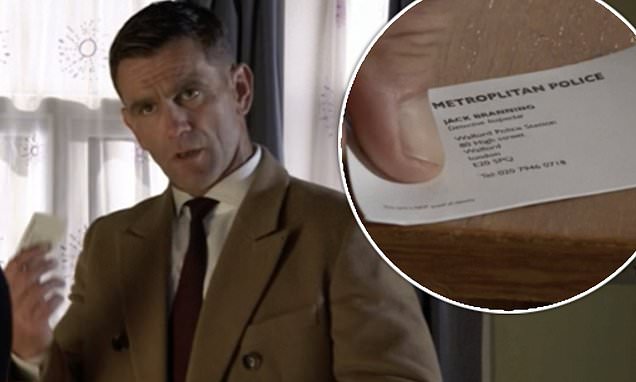 
By Roxy Simons and Olivia Wheeler For Mailonline

The character, played by Scott Maslen, was seen visiting Isaac Baptiste (Stevie Basaula) when Jack said he could give him a call if he wanted to make a complaint to the police.

As he does so, Jack takes one of his cards and leaves it on the table and a closer look showed that instead of ‘Metropolitan Police’ it read ‘Metroplitan Police’.

Fans of the show were amused by the error, as they took to Twitter to point out that there had been a mistake as they