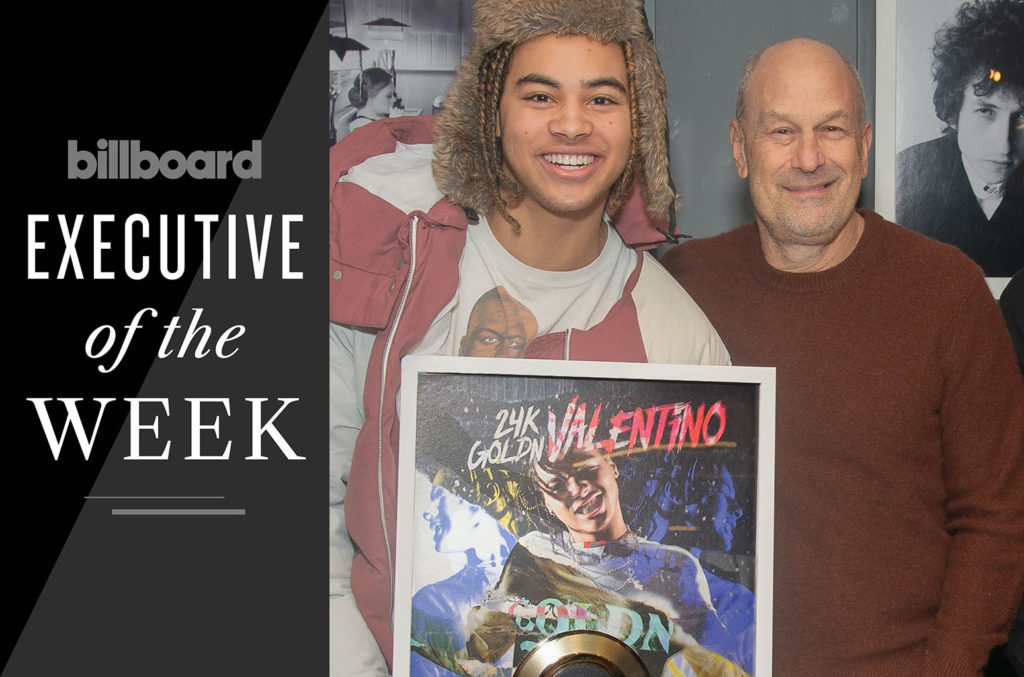 This week, 24kGoldn and iann dior’s record “Mood” climbed into the top 10 of the Hot 100 in its fourth week on the chart, reaching No. 8 with the distinction of top airplay and streaming gainer honors. The track, released by RECORDS/Columbia, has been boosted by an unusual multi-genre appeal, which sees it spending its second straight week at No. 1 on the Hot Rock & Alternative Songs and Hot Alternative Songs charts, while maintaining a slot at No. 5 on the Hot Rap Songs chart.

And that’s helped RECORDS CEO Barry Weiss earn the title of Billboard’s Executive of the Week, for helping shepherd the song to huge gains across the board. And while this is the first top 10 for 24kGoldn, Weiss isn’t expecting it to be his last. “He’s been building through old-fashioned artist development and a series of prior hits leading up to this,” he