Most central banks across the world are now scrambling to master the concept of digital currencies, a disruptive technology once they looked upon with regulatory scepticism.
Seeking to win a first-mover advantage in the race, China’s central bank is issuing 10mn yuan ($1.5mn) worth of digital currency to 50,000 randomly selected consumers in what some see as the country’s first public test of the digital yuan payment system.
The People’s Bank of China’s (PBoC) campaign comes as central banks worldwide race to issue digital currencies to modernise payments systems, as well as to fend off potential competition from privately issued cryptocurrencies.
Others are catching up, too.
Last Friday, a group of seven major central banks, including the US Federal Reserve set out how a digital currency might look, in a bid to catch up with China’s “trailblazing” and leapfrog private projects like Facebook’s Libra stablecoin.
European Central Bank president Christine

In today’s top news, the Federal Reserve and seven central banks are collaborating on a framework for digital currency, and Amazon India prepares for its festive season with a $95.5 million boost. Plus, Affirm files for an IPO.

The Federal Reserve is collaborating with seven central banks and the Bank for International Settlements (BIS) to hammer out a framework for digital currency. However, Jon Cunliffe, deputy governor at the Bank of England (BoE) said that he did not think any single approach to a central bank digital currency (CBDC) would end up dominating.

Amazon India got an infusion of 7 billion rupees ($95.51 million) in advance of the upcoming festive season, which kicks off with sales on Saturday, Oct. 17, ahead of Hindu festivals Dussehra and Diwali.


Central bankers from a handful of developed countries recently formed a working group to discuss sovereign digital currencies, but none of the participants have formally decided to issue one. Photo: Shutterstock

China was not included in recent talks among central bankers from developed nations on potential collaboration involving central bank digital currencies (CBDCs) that are technologically complementary and can coexist within a wider international payments ecosystem.

A working group was formed by the Bank of Canada, the Bank of England, the Bank of Japan, the European Central Bank, Sweden’s Riksbank, the Swiss National Bank and the US Federal Reserve, along with the Bank for International Settlements (BIS), all of which are said to share a common motivation – avoiding unintended barriers for transferring sovereign currencies in their electronic forms.

The People’s Bank of China (PBOC) was conspicuously absent from the international group, despite China being a world leader in testing

Quitting his IT job two years ago to start a beer tour business was a dream for Mike Hampshire.

But his hopes of breaking even in his second year of operation were crushed when the coronavirus crisis hit in spring.

Now the future of his Leeds-based business is in serious doubt as he’s been unable to get a bounce-back loan.

“Without a loan to tide me over I’m going to have to look for other work,” he said.

He’s not the only small business owner struggling to survive without being able to get a loan through the government scheme.

Mr Bounceback, an anonymous northern businessman behind a website which helps struggling small firms, said he has heard from lots of people with problems.

“Several banks are not accepting new customers, and the majority of them have chosen to only allow their existing customers to apply, or even worse some lenders

Community Banks of Colorado, a division of NBH Bank named the SBA’s Start Up and Job Creation …

DENVER, Oct. 05, 2020 (GLOBE NEWSWIRE) — Community Banks of Colorado, a division of NBH Bank(the “Bank”) is honored to be recognized in 2020 as Start Up and Job Creation Lender of the Year as part of the U.S. Small Business Administration’s Colorado District Office’s Annual Awards.

“At NBH Bank, we believe the entrepreneurial spirit is the foundation of our communities, and we utilize SBA loans to provide responsible financing that supports that spirit. This award is really a testament to the vision and hard work of our clients, without whom this honor would not be possible,” said Mark Abell, SBA Division Director at NBH Bank.


Robb joins the bank with many years of experience in the banking industry working for Berkshire Bank for over 15 years.


“The Pittsfield Cooperative Bank is elated to have Dana as part of our Lending Division,” Anderson said. “His extensive background and broad knowledge of the financial industry strengthens our core team as we work towards expanding our business portfolio.”


As Assistant Vice President/Small Business Manager, Robb will be responsible for business development including acquisition, retention and expansion of new relationships with small businesses.


Robb attended SUNY Cortland and is a graduate of the 2016 Berkshire Leadership Program. Committed 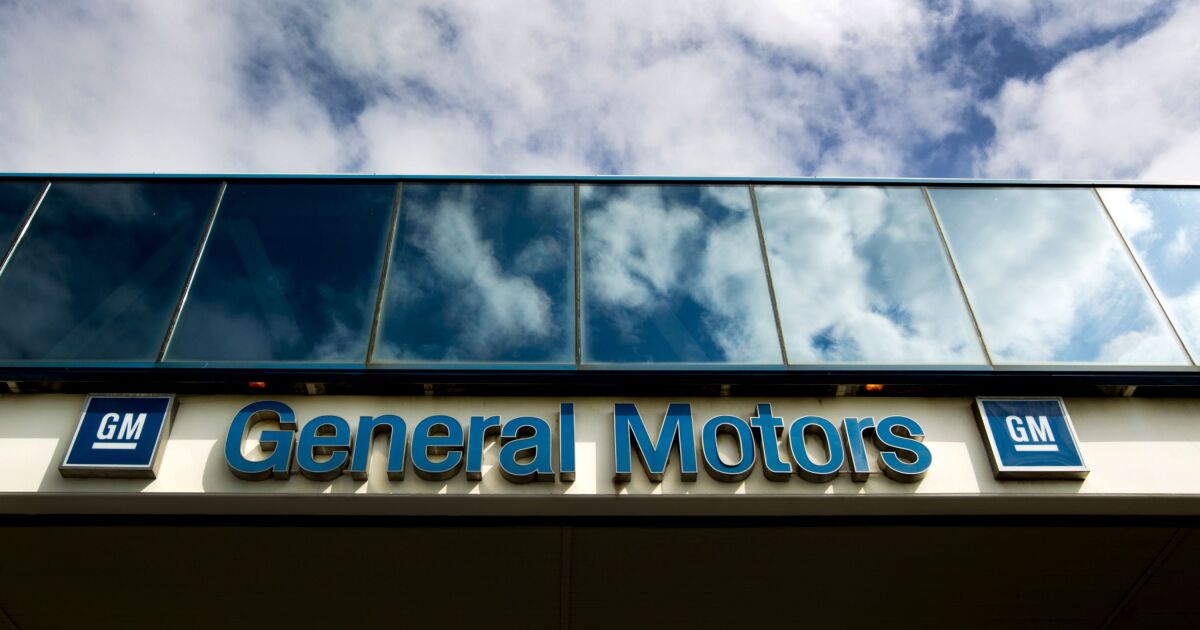 In the driver’s seat

Goldman Sachs “is buying General Motors’ credit card business for about $2.5 billion, a deal that furthers the Wall Street giant’s push into Main Street lending.” The bank, “a newcomer to the credit card space, won the bidding over Barclays, people familiar with the matter said, handing the Wall Street firm more than a million GM cardholders and their roughly $8.5 billion in annual spending.”

Goldman and Capital One, “which has issued GM’s card since 2012 and still has about a year left on its contract, have agreed on the outline of a deal, including the purchase price,” the Journal said. “It is the second win in the credit card sector for Goldman, which launched its first credit card last year with Apple Inc. and is on the hunt for other deals in co-branded cards.”

The portfolio has about $2.5 billion in

“The need for business continuity options in the banking and financial services sector continues to escalate as compliance throughout the entire supply chain grows in importance,” said Jon Bahl, CEO of Agility Recovery. “Recovery Solutions established a proven process for audit-ready compliance testing and reporting that matches FFIEC guidelines and makes it easy for banks to achieve and maintain compliance throughout their entire supply chain. Integrating the company with Agility helps us further deliver on our promise to help businesses achieve resiliency, especially within the highly regulated banking and financial sector.”

Banks slash savings rates on back of cheap RBA cash

But the banks have also moved to reduce their own costs in other ways, led by deep cuts in their savings rates.

All of the major banks have cut their general or introductory savings accounts as well as their term deposit rates over recent months. The average rate on a three-year term rate is now a record low 0.87 per cent.

Financial information firm Canstar found people would have to micro-manage their savings to qualify for bonus rates or move their money to another institution every few months to earn introductory rates.

The firm’s group executive for financial services, Steve Mickenbecker, said with the RBA The coronavirus pandemic and the economic pain it is causing has brought a flood of new deposits to banks in Central Massachusetts and nationally.

The trend hasn’t been entirely good.

“Everyone can see the storm clouds on the horizon, and we just keep waiting for them to come,” said Todd Tallman, president of Cornerstone Bank in Southbridge.

Banks have seen net incomes drop precipitously and are setting aside far greater amounts of expected potential losses in loans and leases, according to a Worcester Business Journal review of Federal Deposit Insurance Corp. data.

Across the 15 largest locally-based banks by deposits, the first half of 2020 saw deposits soar by 18%, or more than $2.5 billion, compared to a year earlier.

“Banks on the whole are flush with deposits,” said Brian McEvoy, a senior vice president at Webster Five Cents Savings Bank, who leads its retail banking division. “Growth year-to-year is