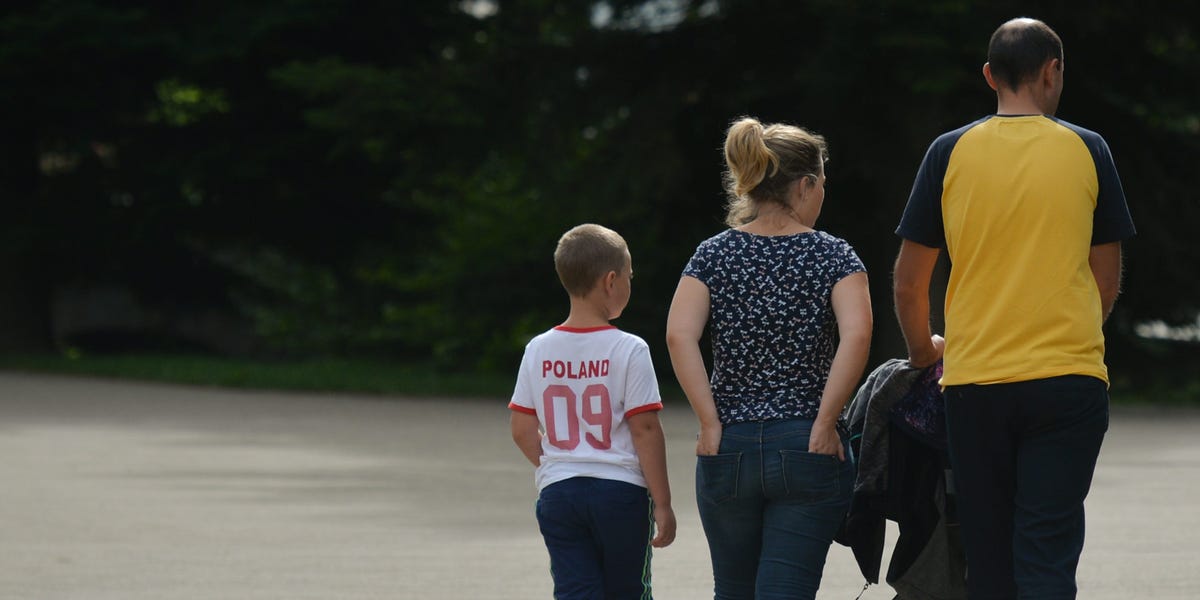 Four generations of the Garg family live in a four-story building in Delhi, India. In May, Mukul Garg wrote in a blog post that his 57-year-old uncle had gotten the coronavirus, probably after exposure during a routine grocery run. From there, he told the BBC, 10 other family members caught it too, turning his home into a sick ward overnight.

Research shows, unsurprisingly, that household outbreaks like this fuel coronavirus transmission within communities.

“The role of households in overall societal transmission is quite significant,” Yang Yang, a biostatistician at the University of Florida, told Business Insider.

It follows, then, that disparities in household sizes between countries could partially explain their differing outcomes.

Take Sweden, where more than half of households consist of just one person. Roughly one-third of Sweden’s elderly population lives alone, compared to one-fifth of elderly residents in Greece or Spain. Sweden also has a lower proportion of multigenerational households than most other European countries, and one of the smallest average household sizes in Europe: about 2.2 people per home.

Sweden drew attention and condemnation for its decision to keep primary schools, restaurants, bars, and gyms open throughout the pandemic. But its small households may give the virus fewer opportunities to spread there — which can slow transmission.

A high attack rate among households

Up to 40% of influenza transmission occurs within households, but researchers are still working to quantify the precise link between household size and the coronavirus’ spread.

A February report from the World Health Organization suggested that up to 85% of China’s coronavirus clusters were among families.

Christian Althaus, an epidemiologist at the University of Bern in Switzerland, estimated that on average, half of coronavirus transmission may occur within households.

Studies have indeed found that the coronavirus’ secondary attack rate among households could be as high as 50%. Other research, however, suggests that attack rate could be closer to 20% within households (relative to 6% among the general public).

But rates of household spread still depend on how much mingling happens outside the home, Yang said. People need to interact in public for community transmission to occur.

“Kids mix in school, probably bring [the virus] home, and then adults bring it to the workplace,” he said.

Some countries have effectively limited contact between household members to contain their outbreaks, though. In China, for instance, people with coronavirus cases that didn’t require hospitalization were treated at quarantine centers to keep them from infecting their families.

“In some countries, they were able to do this isolation or quarantine away from home,” Yang said. “That certainly contributed a lot to the total control of the transmission.”

Overcrowding raises the risk of transmission

The more often people interact inside a home, the higher the risk of household transmission. The Garg family, for instance, ate meals together and frequently played group games like hopscotch and freeze tag — so their chances of passing the virus to one another were probably high.

Indeed, a Wall Street Journal analysis found in June that US counties with high rates of household crowding accounted for a disproportionate share of coronavirus cases.

In India, where the Garg family lives, the average household size is around five people, according to Census data — yet only 5% of Indian homes have five or more rooms. The nation currently has the world’s second-largest coronavirus case total.

The pattern has been observed on a local level as well: A June analysis found that California neighborhoods with the worst coronavirus outbreaks had three times the rate of crowding in households compared to neighborhoods that were largely spared. In New York City, too, ZIP codes in which rental units had more than one occupant per room recorded higher rates of emergency-room visits for “influenza-like illnesses” in March, according to one analysis. (That description is how many COVID-19 cases were recorded at that time.)

Notably, one of the populations hit hardest in the Swedish outbreak has been Somali immigrants, many of whom live in crowded, multigenerational households. The other particularly vulnerable group has been nursing-home residents, who also spend their days in close contact under one roof.