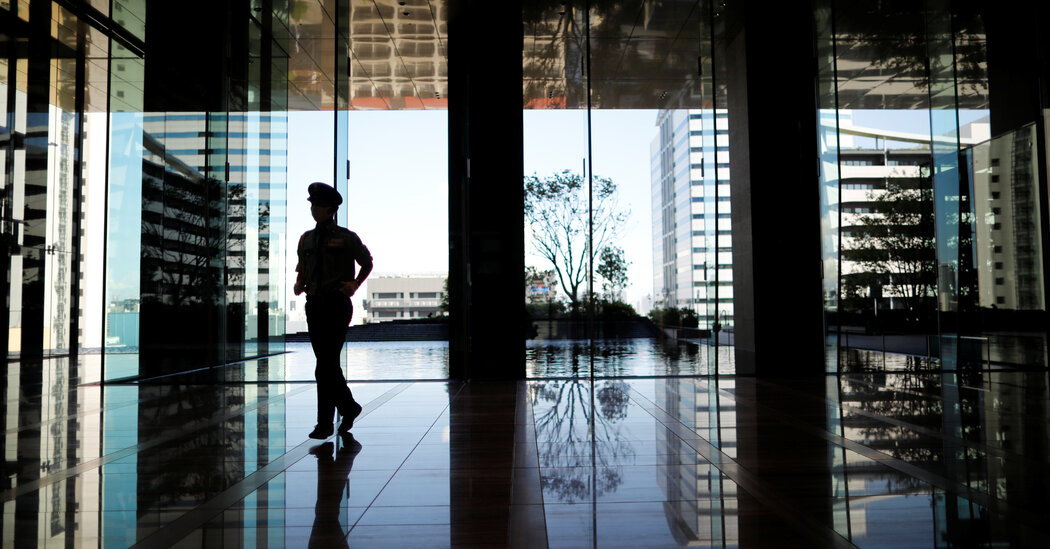 SoftBank’s deal in July 2016 for Arm, and its ambitions, were par for the course for Mr. Son. Months later, he unveiled SoftBank’s $100 billion Vision Fund, which was tasked with buying stakes in promising start-ups across the tech landscape, from Uber to WeWork to a company that used robots to make pizzas.

But those bets have not quite played out the way he has expected.

The Vision Fund later drew criticism for paying top dollar for sometimes questionable start-ups, contributing to a nearly $13 billion annual loss for SoftBank in the fiscal year that ended March 31. (The conglomerate said that the Vision fund has since returned to profitability as of June.)

And Arm has not quite turned out to be the home run that SoftBank had expected, with relatively stagnant sales growth and an inability to take a significant share in the internet-of-things market.

SoftBank began months ago to explore a potential sale or initial public offering for Arm, drawing the interest of Nvidia. Last month, Arm called off a plan to spin off two internet-of-things businesses to SoftBank, a decision that made it more attractive to potential buyers.

A deal would mark a major triumph for Nvidia and its co-founder and chief executive, Jensen Huang. The company, founded in 1993, began life by supplying the graphics chips that render realistic images in video games, but took a big gamble over a decade ago by adapting its technology for more general-purpose computing jobs.

That paid off hugely when scientists began using its graphics chips for artificial intelligence applications. Its products are now at work at tech giants like Google, Amazon and Facebook for tasks ranging from image recognition to speech recognition. And Mr. Huang has also pushed Nvidia to play a major role in smart car technology, which relies heavily on artificial intelligence.

In a sign of the companies’ diverging fortunes, Nvidia and Arm had roughly similar market values around the time of the 2016 SoftBank deal. Nvidia’s valuation is now roughly 260 times bigger.

Representatives for SoftBank and Nvidia declined to comment on the talks, which were reported earlier by The Wall Street Journal.