Alexander said that changed after the finals of last year’s competition.

“Once we saw the success of it, we thought it was important that we make this an annual thing,” he said. “But with the pandemic hitting us in March and the months that followed, it became questionable on whether we could pull this off this year. Or whether or not we should.”

This year will see a larger prize package and local entrepreneurs will be pitching their business ideas through a three-minute video instead of having to first formulate a business plan.

Those that have a promising idea will be selected to work on a business plan with a team of local experts and present their fleshed-out ideas in front of a panel of three judges.

Last year saw 133 concepts being submitted by 129 people. However, only 33 submitted a plan and were selected to the next round.

He said given that number of people, it did not give his team at the Small Business Development Center much time to work with those candidates in terms of helping them further develop their business plans.

“Instead, the first round will be looking at the videos submitted. It allows the judges to select a tighter group of people to proceed to the next round. It will then allow us to work very closely with the 12 or so selected so we can help them develop their business plans,” Alexander said.

“We will be investing a lot more help with a much smaller group of people,” he added.

The cash prize as well as the overall worth of this year’s prize package has increased. Those entering the competition have the opportunity to win $25,000 in cash, which is part of a total awards package valued at about $80,000.

The award is designed to help a start up business grow, said Alexander.

Last year’s winner was PIPE AG, which aims to help farmers optimize their options through technology. That start-up was created by Roark Thompson who was awarded a little over $76,000 in prizes, including a cash prize of $10,000.

Thompson said his business provides services in 14 states in the country as well as in two provinces in Canada. He said the business is on track to see about 300% growth for this year.

PIPE AG was established before the Springfield Hustles competition last year, Thompson said. However services associated with the grand prize gave him a boost, he said.

Thompson also added that because of the competition he was able to connect with several investors that in turn invested about $350,000 in his business.

This year’s overall prize includes the cost of accounting services, legal work, business planning and other services associated with getting a new business off the ground.

Money and services provided have come from donors, said Alexander.

In terms of last year’s competitors, he added that “we have been tracking not only the finalist, but those that finished a plan.”

“Most of the finalist are doing well and a couple of those businesses took off. Some started after the competition and some were already in business and are growing,” he added.

One of those finalist, Jon Francis opened up Cyclotherapy, a bike shop, in downtown Springfield this year along with his business partner and fellow cycling enthusiast Paul Cross.

Francis said that he and his business partner were able to self finance, allowing them to get the shop open.

In addition to having the shop, Francis said he wants to establish community events that are centered around cycling, which could include scheduled group rides or lessons. The goal is to draw more people into the downtown area.

Some of those group rides have been established following Cyclotherapy’s opening in April.

Alexander noted that some finalists decided to no longer pursue their ideas as some needed the prize money and services associated with it to help make that next step.

Those interested in participating this year are asked to visit Springfieldhustles.com. 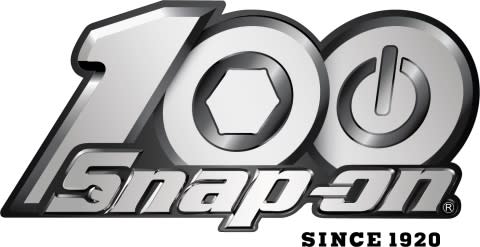