(Bloomberg) — The Dutch government is set to disappoint executives and hand out tax cuts to the middle classes as Prime Minister Mark Rutte appeals to regular voters ahead of next year’s election.


Finance Minister Wopke Hoekstra will present his final budget before next year’s general election on Tuesday afternoon and local media are reporting that he will delay for a second year a plan to cut the main tax rate for companies from 25%.

The Netherlands is set to produce its biggest budget deficit since World War II this year as the public coffers take much of the hit from the coronavirus pandemic. While the shortfall is set to shrink by about half next year, according to De Telegraaf newspaper, Rutte has insisted that the government will maintain spending to get the country through the crisis.

“Austerity is not needed,” Rutte said this month in an online chat with voters. “We have an apple stored away for when we need it.”

Rutte and Hoekstra are toughening their traditionally friendly approach to big business amid signs that Dutch lawmakers are getting uncomfortable with the amount of support handed out to large companies during the pandemic. One Green party lawmaker is even calling for a “departure fine” on Unilever Plc after it decided to locate its headquarters in London rather than Rotterdam.

As he prepares to campaign for a fourth term at the head of Europe’s fifth-largest economy, Rutte is also trying to tackle the Netherlands’ reputation as a jurisdiction that offers too many tax loopholes to large companies, attracting a raft of so-called letterbox companies with little or no real presence in the country.

The government is set to implement recommendations from a panel of experts to bring its tax framework more into line with its European partners and to introduce a minimum rate for corporate tax. The measures are expected to raise an extra 600 million euros of revenue, according to local media reports.

Companies that do invest in their Dutch operations and create jobs will still benefit from tax deductions and 2 billion euros has been set aside for that policy.

“It is not a tectonic shift, but it seems that views on how to structure corporate tax are changing,” said Marcel Klok, a senior economist at ING. “Next to this, they are also making efforts to enhance the purchasing power of people in lower income groups.”

Other details reported in local newspapers:

Income tax cut on first 68,500 euros of earnings, with higher threshold before taxes kick inFirst 50,000 euros of capital gains exempt from tax, up from 30,000 eurosAbolition of transfer tax for first-time homebuyers under 35Transfer tax on buy-to-let purchases increased to 8% from 6%Corporate taxes on first 400,000 euros of profitNew CO2 tax to target the country’s 300 biggest polluters

The government has already announced a third 11 billion-euro package of subsidies for companies hit by the coronavirus lockdown, bringing the total to 48 billion euros so far. Hoekstra also set out details last week of a 20 billion-euro investment fund that aims to help modernize the Dutch economy over the next five years. 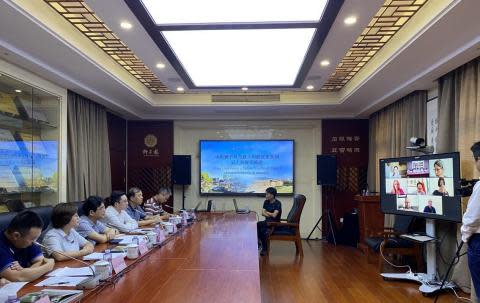