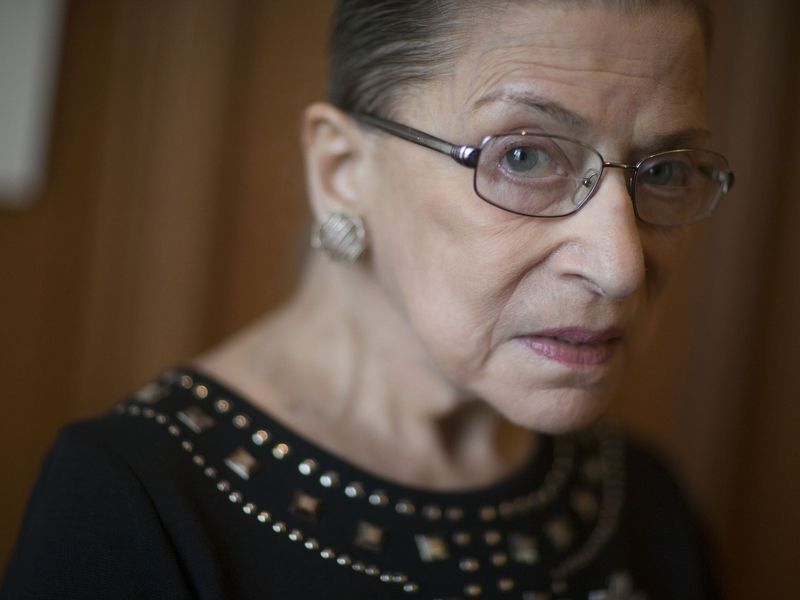 Two cases with ties to Northeast Ohio are part of this Forbes analysis of the “indelible mark on American business” made by Supreme Court Justice Ruth Bader Ginsburg, who died on Friday night, Sept. 18.

Forbes says that over the course of more than six decades in the law, Ginsburg “worked tirelessly to break down gender discrimination in American life and work, and to bring fairness to business.”

It then breaks down some of the most influential cases she was involved with, starting with Ledbetter vs. Goodyear, a landmark 2007 Supreme Court case in which Lilly Ledbetter accused Akron-based Goodyear Tire & Rubber Co. of gender discrimination, alleging she was given a lower salary because she is a woman.

Ledbetter lost, but not because of the merits of the case. The 5-4 majority ruled against Ledbetter because she didn’t file her claim within the required time period. In her dissent, which she read from the bench, Ginsburg assailed the majority opinion as “a cramped interpretation of Title VII.” She argued that pay disparities often happen over time and may be “hidden in plain sight,” unlike other immediate forms of workplace discrimination. Ginsburg called on lawmakers for a legislative fix, and soon after Congress passed the Lilly Ledbetter Fair Pay Act, which was signed into law by President Barack Obama in 2009. The law resets the 180-day time limit after each discriminatory paycheck, rather than after the initial decision to pay a worker less.

Another, older case mentioned is LaFleur vs. Cleveland Board of Education, a 1974 pregnancy discrimination suit on behalf of Jo Carol LaFleur and two other teachers alleged they had been forced to go on unpaid leave after the fifth month of their pregnancies.

Again, from the analysis:

Then the head of the ACLU Women’s Rights Project (which she founded), Ginsburg signed an amicus brief in support of teachers, who ultimately prevailed at the Supreme Court. Ginsburg’s support for LaFleur came two years after she argued on behalf of a female Air Force pilot in a similar case and in which she concluded, “if involuntary discharge of a woman solely on the ground of her pregnancy is not sex discrimination, nothing is!” With recent high-profile pregnancy discrimination lawsuits at Google and Walmart, this case and Ginsburg’s words still serve as important precedent for pregnant employees and their right to work.