The recent virtual meeting of the Rehoboth Beach Planning Commission reviewing the Clear Space Theatre Site Plan and the Rehoboth Spotlight Site Plan at 415 and 417 Rehoboth Ave. raises a number of issues regarding the implementation of Gov. John Carney’s COVID-19 proclamation on electronic meetings, public comment during meetings of public bodies, and access to meeting information.

Because the coronavirus has forced government agencies to change their modes of operation, Carney issued a proclamation — No. 17-3292 — on March 13, 2020, to authorize Delaware public bodies, which are governed by the state’s Freedom of Information Act, to use video conferencing technology and/or telephone service to hold contemporaneous “virtual” public meetings and conduct hearings electronically.

Visitors came to Rehoboth Beach on Labor Day Saturday, Sept. 5, 2020, with crowds filling the beach and boardwalk, along with bumper-to-bumper traffic on Coastal Highway, as the summer season comes to a close. (Photo: Chuck Snyder/Special to the Delaware News Journal)

As a result, public bodies, including the Rehoboth Beach Planning Commission, have been directed to adapt their practices to be consistent with the governor’s proclamation. As stated in the commission’s July 10 agenda, however, members of the public were directed to register with the city secretary “at least two full business days prior to the meeting” if they wanted to comment at the July 10 meeting. The commission did not make clear whether members of the public who did not register in advance would be allowed to speak.

The two-day advance-registration requirement, which has been included in subsequent agendas, misinterprets the “contemporaneous” aspect of Carney’s proclamation. Point 2 specifies the technology must allow “members of the public to hear comments of and speak to such members of the public body contemporaneously.” By not making it clear that the public can speak at a hearing without pre-registering, the commission contradicted this part of the proclamation. Importantly, not only is the two-day advance-registration requirement a violation of Carney’s proclamation, but the two-day requirement inhibits public input, discourages the introduction of new ideas and information, and prohibits necessary government transparency.

Moreover, not allowing members of the public watching and/or listening to the discussion at the meeting to speak contemporaneously — whether preregistered or not — prevents real-time reaction to sharing of spontaneous public comments. As of this writing — seven weeks after the July 10 Planning Commission meeting — there are no publicly available written minutes, which we would expect to find on the city’s website, and in which we would expect to see a listing of the residents who signed up for the two-day registration requirement.

Other public bodies allow public comment without preregistering. The City Council of Newark allows live public comments and electronic comments such as email messages to be submitted contemporaneously. They are read into the record by the city secretary without any advance signup requirement. During the Aug. 24 debate on the emergency ordinance restricting large social gatherings, a Newark resident sent the city secretary an email with a two-paragraph comment, which the secretary read into the record several minutes later. Newark City Council’s adherence to the contemporaneous aspect of Carney’s proclamation is an example that other Delaware public bodies should follow.

Further, to ensure the public has adequate time to respond to contemporaneous comments generated at such meetings, the Rehoboth Beach Planning Commission — and other public bodies throughout the state — should keep the public comment record open for an additional week or two. DNREC keeps its public record open for two weeks after its virtual hearings, although currently this agency has not permitted public comment during virtual hearings.

Closing the record immediately after meetings, such as that of July 10, diminishes public input and undermines transparency and accountability in public decision-making. The commission made a decision that night on two high-visibility projects without further allowing public comment on newly spoken or newly submitted information.

Allowing both live comments at meetings and keeping records open for some time after meetings is only fair and is consistent with Carney’s proclamation. We urge the commission — and Rehoboth’s new mayor and town council — to modify their virtual meeting practices to allow for public comment following meetings and hearings.

Finally, the Rehoboth Beach government should discuss with its residents whether they plan to revert to live public-meeting practices. They should keep in mind that virtual meetings, though of great value, lack the impact and stimulation of live comment and debate and are not an equitable replacement for in-person or live meetings. We recommend they consider offering the desirable hybrid version of electronic and live meetings.

The Rehoboth Beach Planning Commission — indeed, the town as a whole — should adhere to the governor’s proclamation on contemporaneous electronic meetings. To ensure their practices are consistent with that proclamation, they should clarify their policies: Will those who wish to speak at a public meeting still be required to register two days in advance? If so, will last-minute submissions and speakers be accommodated? Further, these public bodies should make clear they both want and value public input. And finally, they must make clear whether they will revert to live, in-person meetings while maintaining a virtual attendance option after the expiration of the governor’s proclamation. 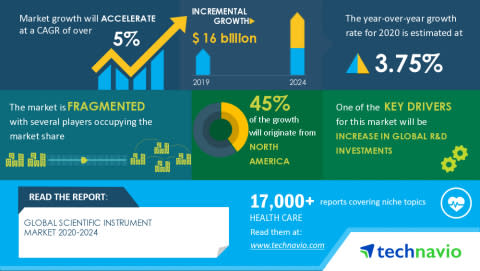