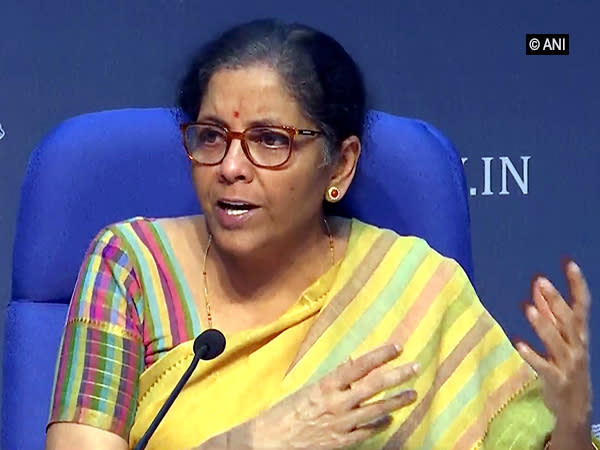 New Delhi [India], September 5 (ANI): Union Finance Minister, Nirmala Sitharaman and Corporate Affairs on Saturday announced the 4th edition of Business Reform Action Plan (BRAP) ranking of states.
The announcements were made in the august presence of Piyush Goyal, Minister of Railways and Minister of Commerce and Industry, Hardeep Singh Puri, Minister for Commerce and Industry and Minister of State (Independent Charge) of the Ministry of Housing and Urban Affairs, Minister of State (Independent Charge) of the Ministry of Civil Aviation and Som Parkash, Minister of State in the Ministry of Commerce and Industry.
Chief Ministers of Uttarakhand and Tripura, LGs of Jammu and Kashmir and Laddakh, Industry Ministers of States and Union Territories, along with senior government officials were also present.
Ranking of States based on the implementation of Business Reform Action Plan started in the year 2015.
Till date, State Rankings have been released for the years 2015, 2016 and 2017-18. The Business Reform Action Plan 2018-19 includes 180 reform points covering 12 business regulatory areas such as Access to Information, Single Window System, Labour, Environment, etc. The larger objective of attracting investments and increasing Ease of Doing Business in each State was sought to be achieved by introducing an element of healthy competition through a system of ranking states based on their performance in the implementation of Business Reform Action Plan.
The ranking this time gives full weightage to the feedback from over thirty thousand respondents at the ground level, who gave their opinion about the effectiveness of the reforms. State rankings will help attract investments, foster healthy competition and increase Ease of Doing Business in each State.
“India is seen taking the reform process seriously which showed when foreign direct investment in the country increased even during the Covid-19 pandemic, amid what was called the world’s strictest lockdown. Some states have shown extraordinary energy in putting together action plans and making sure that reforms happen. States have embraced the true spirit behind the State Business Reforms Action Plan,” said Sitharaman after the release of the rankings.
“The Ease of Doing Business rankings being released today is a reflection of the efforts made by states, the rankings are competitive; India is among the very few nations which have state-specific rankings, which will, in turn, help the nation improve its ranking,” Piyush Goyal said during the event.
“I would urge States to undertake steps to minimize the regulatory burden by removing renewal of licenses or extending their periodicity, simplifying application forms, introducing risk-based inspections or the introduction of third-party inspections, digitizing approvals and undertaking measures to rationalize the regulatory regime,” said Hardeep Singh Puri.
The top ten states under State Reform Action Plan 2019 are–Andhra Pradesh, Uttar Pradesh, Telangana, Madhya Pradesh, Jharkhand, Chhattisgarh, Himachal Pradesh, Rajasthan, West Bengal and Gujarat. (ANI)