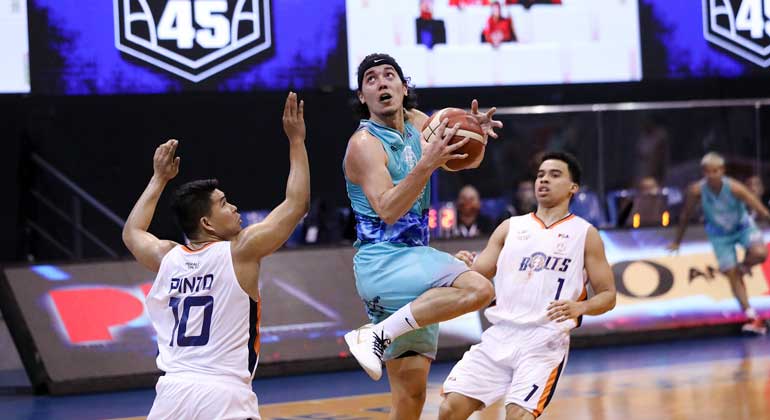 Banking on its steady play on both ends of the court throughout the match, the Fuel Masters went on to outlast the Bolts and be among the first winners in the PBA’s long-awaited return from a seven-month lull because of the coronavirus pandemic.

The start of the contest was marked by runs and counter-runs.

Sophomore Bong Quinto led the early charge of the Bolts, who sprinted to a 16-9 lead in the first six minutes of the opening quarter.

The Fuel Masters, on the lead of Matthew Wright, then went on an 8-0 run in the next two minutes to overtake Meralco, 17-16.

Phoenix sustained control the rest of the period, holding a 25-21 advantage in the end.

The teams continued to keep it close to begin the second canto, fighting to a 38-35 count, with the Fuel Masters still on top, by the midway point.

Phoenix then stepped on the gas to create further distance, 53-41, at the break.

Mr. Wright and the Fuel Masters began the third quarter sizzling, outscoring the Bolts, 15-2, to extend their lead to 68-43 by the 7:47 mark.

Meralco tried to recover some ground with no success as it saw Phoenix pull away with an even bigger lead of 29 points, 92-63, heading into the final 12 minutes.

The Bolts continued fighting in the last canto, but no comeback would happen as the Fuel Masters held sway up to the final buzzer.

Mr. Wright had 36 points and six assists in the victory with Jason Perkins finishing with 17 points and nine rebounds.

Justin Chua also had 17 points for Phoenix while guard RR Garcia had 14.

The PBA is holding its ongoing Philippine Cup under a bubble setup, where the teams will be holed up at Clark City for the duration of the tournament. This is with the end view of at least completing one conference in its pandemic-hit season.

The PBA returned to action on Sunday after suspending its season in March. — Michael Angelo S. Murillo