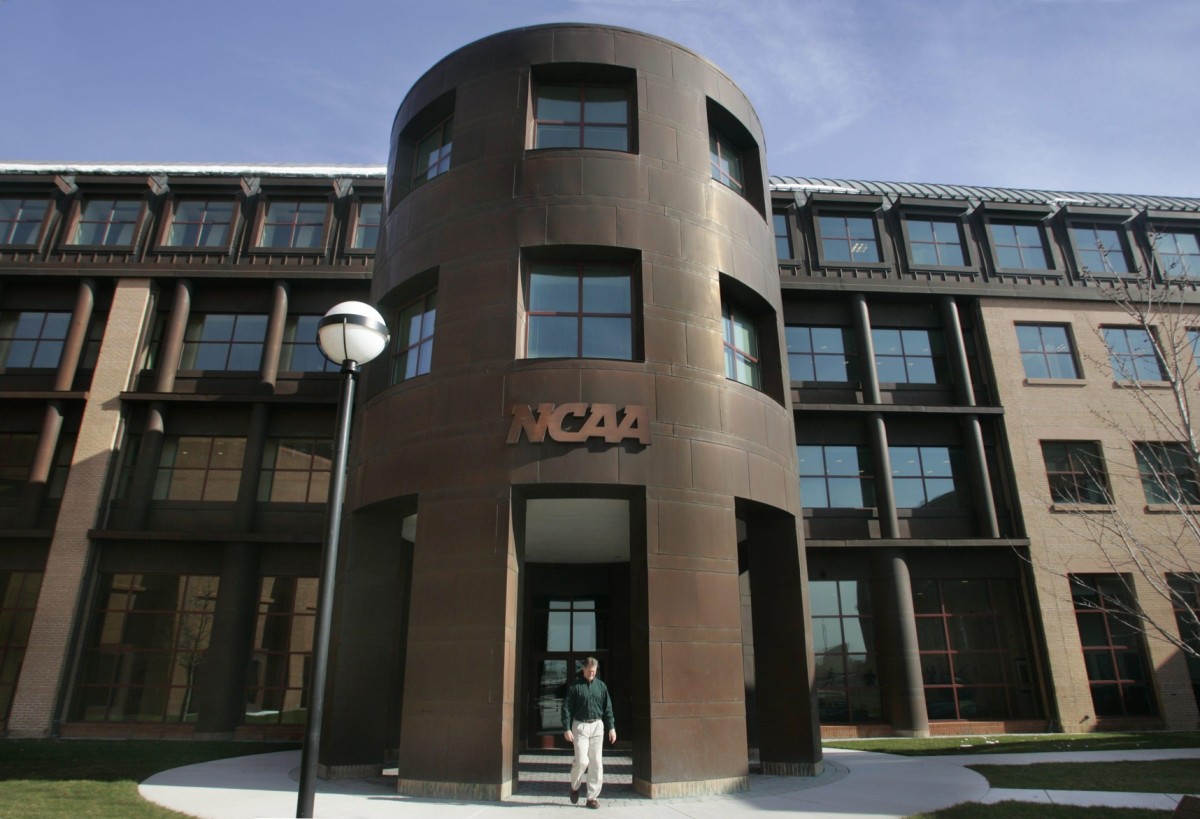 Soon able to profit from their name, image and likeness, college athletes might have to conduct autograph signings and commercial endorsements without revealing the school for which they play. And the NCAA may prohibit them from endorsing certain businesses, such as sports gambling outlets or entities that conflict with their school’s “institutional values.”

The proposals are detailed in an expansive survey sent to Division I athletic departments last month by the NCAA Legislative Solutions Group, the faction charged with developing NIL legislation. Sports Illustrated obtained a copy of the seven-page survey, which offers another window into the NCAA’s on-going development of rules to govern athlete compensation. The NCAA is hurriedly crafting legislation that it hopes Congress will use to create a federal NIL bill.

The survey provides a broad overview of the NIL legislation and seeks feedback from athletic directors about a variety of different proposed NIL concepts, mostly by way of about two dozen yes-or-no questions. The concepts outlined in the document are evolving and not finalized. The Legislative Solutions Group will continue to “refine the concepts leading up to a vote by January 2021,” the document says.

In a way, the survey reveals the individual NIL concepts that are being most hotly debated among college athletic officials. More than any other, the document seeks feedback on athletes’ use of school logos and marks during NIL events, restrictions on what businesses athletes can endorse, NIL rights tied to high school recruits, and boosters’ involvement in NIL ventures.

One of the document’s chief areas of emphasis surrounds autograph sessions: where and when they are permitted and if school logos or marks should be visible during signings. Like other NIL deals, athletes will be required to disclose details of their autograph sessions, including financial terms, the document says. The survey asks administrators how they feel about athletes signing merchandise purchased from the school and reselling it.

While endorsing business, such as television or radio commercials, athletes can reference their involvement in NCAA athletics but “would not be permitted to reference their status as a student athlete at a particular institution,” the survey says, before seeking feedback on the proposed concept through questioning.

The survey outlines several ways a school or the NCAA can restrict an athlete’s NIL ventures. According to the survey, athletes will be prohibited from endorsing commercial products or services that conflict with NCAA legislation, citing examples as “sports wagering and banned substances.” This could receive stiff pushback. The college sports gambling industry is fast on the rise. In fact, the University of Colorado last week became the first school to strike a deal with a gambling outfit.

Meanwhile, schools will have the right to prohibit athletes from entering agreements that conflict with existing institutional sponsorship arrangements, such as an athlete signing a deal with Nike while his or her school operates under a contract with competitor Under Armour. Schools could also prohibit NIL deals “based on other considerations, such as conflict with institutional values, as defined by the institution,” the document says. NIL restrictions are at the heart of the debate over athlete compensation unfolding on Capitol Hill, where multiple versions of a federal NIL bill are in the works.

The survey polls athletic directors for their thoughts on how NIL deals apply to recruits. Should they be prohibited from all NIL ventures completely? Or should they only be permitted to receive NIL payments from legitimate business activities and not from third-party promotional activities “in order to mitigate concerns of boosters negatively impacting the integrity of the recruiting process,” the survey asks. According to an NIL framework proposed by the Power 5 conferences, athletes would not be eligible to strike NIL deals until they complete one semester of college.

According to the survey, the NCAA still plans to allow boosters to strike NIL deals with athletes as long as they are not recruiting inducements, but the survey asks athletic directors if the term “booster” should be more narrowly defined because of its broadness.

Should an athlete’s NIL deal include a financial maximum or ceiling? It’s a topic that’s been bantered about this year. While the survey doesn’t specifically address that, it does ask administrators an interesting question about an athlete’s NIL financial details. “Should the membership establish a specified dollar amount of a transaction that would trigger enhanced scrutiny from involved institutions, the NCAA, or a third party administrator?” it says.

The survey addresses what many athletic directors believe is a must: a third party administrator to oversee NIL ventures. It says a third party could develop a web-based platform for athletes or/and schools to submit details of NIL contracts. The third-party administrator will report national trends to the NCAA and monitor and evaluate NIL activities for “possible malfeasance,” the report says.

Though the pandemic has overshadowed it, reform to athlete compensation is a significant endeavor likely to change college athletics forever. The NCAA has agreed to allow athletes to profit from their name, image and likeness, but only after the debate found its way to state capitals across the nation. Several of them, namely Florida and California, have passed NIL bills.

Florida’s bill takes effect July 2021, putting somewhat of a 10-month deadline on a potential Congressional NIL bill that will preempt the local laws at the state level. A hearing on NIL is scheduled for Tuesday before the U.S. Senate Committee on Health, Education, Labor and Pensions. It is the fourth NIL hearing on Capitol Hill in front of a third different senate committee.