MANCHESTER — On Wednesday, some old friends are getting together over lobster in Manchester.

What’s notable is who those friends are — the crew who are the Maine Cabin Masters and the owner of the Maine Shack restaurant in Denver.

And because it’s at the Kennebec Cabin Company, the Maine Cabin Masters’ headquarters, the public is also invited to the pop-up event on Western Avenue.

“We kind of just threw this together,” Drew Ryan said. “I grew up with those guys. So I just called them up and told them I was coming to town.”

Ryan opened his Maine-themed restaurant in Denver last year, offering the city on the front range of the Rocky Mountains a slice of New England life and food, including lobster rolls made with lobster shipped fresh from Greenhead Lobster in Stonington and whoopie pies.

When Ryan and his partners were putting their restaurant together, Jared “Jedi” Baker, one of the Cabin Masters, spent some time helping them put it together. Then Baker, Ashley Morrill and Ryan Eldridge traveled west for the grand opening. Just about a year ago, the Cabin Masters — Chase Morrill, Baker, Ashley Morrill, Eldridge and Matt “Dixie” Dix — started working on the Kennebec Cabin Company at 915 Western Ave. Their plans called for transforming the house and barn on 2 acres into a retail and event space, where merchandise from the show, which airs on the DIY Network and sometimes on HGTV, could be featured, as well as some of their custom work. They also wanted to be able to host watching parties for friends and fans.

But their longer-term plans were bigger.

In July, they applied for and received a liquor license from the town, allowing them to open a tasting room on the property. The Woodshed Taproom features beers on tap and wines, mostly from Maine, and oysters from the Maine coast and live music. The site hosts KG’s Curbside Grill food truck seven days a week.

On Monday, Eldridge said that Manchester has needed a place to grab a beer and a bite to eat for a year, and he credits the popularity of Maine Cabin Masters brand for lifting the idea off the ground at a time when other restaurants are struggling during the global coronavirus pandemic.

This week’s pop up event is something new.

Ryan spent years working for his father, the late Allen Ryan who was president of restaurant supplier NorthCenter Foodservice Corp., before relocating to the West and eventually opening the Maine Shack.

In response to the pandemic, the fast-casual restaurant has pivoted to a to-go and delivery business with added seating outside. Because of that, he said, the Maine Shack has been able to remain open.

Now, he has traveled back to Maine with some managers to visit their suppliers.

On Wednesday, he plans to dish up a limited menu of three kinds of lobster rolls, a North Shore-style roast beef sandwich, his mother’s famous potato salad and whoopie pies.

“It should be a real good time,” he said. “I’m really excited to bring the Maine Shack back to Maine to see how it’s received.”

Initially, the event was scheduled for 5-8 p.m., but Eldridge said Monday they’ve added a couple of hours, so it will kick off at 3 p.m. to accommodate more people. The capacity is 100, so there may be a line. 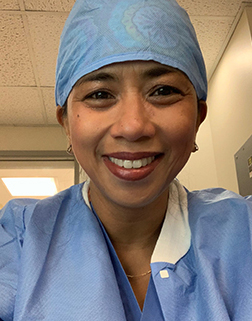