The Lowe’s facility is in Kyle Crossing Business Park, adjacent to where Amazon plans to open a sorting facility this year. Lowe’s becomes the fourth major employer to locate in part of Plum Creek, a 2,200-acre master-planned community in Kyle.

It’s another win for Kyle, the Austin suburb that has been working to add jobs and diversify its tax base. City leaders have targeted distribution facilities, given the city’s location on Interstate 35 between Austin and San Antonio. The 40-acre Kyle Crossing Business Park is about 20 miles south of downtown Austin.

“The city of Kyle has long been well positioned to become a logistics hub, but we needed facilities on the ground to compete,” Mayor Travis Mitchell said. “Kyle Crossing has proven that Kyle is a highly desirable location among marquee companies at an opportune time when more and more of these businesses are expanding their logistics operations.”

Mitchell said Lowe’s has not yet announced the job count for the site. Lowe’s media office did not respond to a call and an email seeking comment on the project, including the number of jobs it will bring and the pay range for those jobs.

Lowe’s will occupy about 60% of Building 1 at the park, which is at 1980 Kohlers Crossing. The building is adjacent to the 308,000-square-foot facility Amazon leased in July.

Terry Mitchell, principal of Momark Development, was hired a few years ago to accelerate commercial development in Plum Creek, and oversees its development. He said the master-planned community has become a major employment center in Kyle because of its location in a city that has grown to close to 50,000 people.

At Plum Creek, more than 8 million square feet of commercial development is planned.

Amazon will open its sorting facility in the Kyle Crossing Business Park this year. The operation will have 307,840 square feet and will employ more than 200 people.

Those jobs will be in addition to 1,000 positions planned for a facility in Pflugerville that is slated to open next year, and hundreds more that the Seattle-based online retailer plans to add in the Austin-Round Rock region amid its ongoing expansion.

Statewide, Amazon has more than 20,000 employees.

Also in Plum Creek, South Korea-based ENF Technology is building a $45 million U.S. headquarters, where it will employ about 50 workers. Another company, RSI Inc., moved its headquarters to Plum Creek in 2007, where it employs about 60 workers.

Last month, NorthPoint Development started construction on an industrial park in Plum Creek that will have 859,000 square feet of space.

Kyle Crossing was built by national industrial developer Majestic Realty Co. as its first project in Central Texas. The bet has paid off for Majestic, Kyle and Plum Creek.

Based in Southern California, Majestic is the largest privately-held developer and owner of master-planned business parks across the United States. The company broke ground on Kyle Crossing in late 2018.

With less than half of the land developed to date, Plum Creek –the former Negley family ranch land — is now home to more than 2,500 single-family home,1,800 apartments, an assisted living facility, a 18-hole golf course, a 100-acre Austin Community College campus and more than 150 acres of park land and open space.

Along with the 8 million-plus square feet of commercial development, plans for Plum Creek call for a mixed-use town center and future housing of all types. 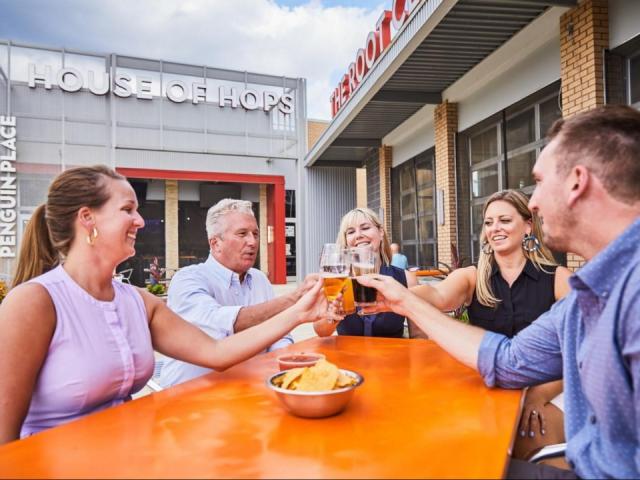