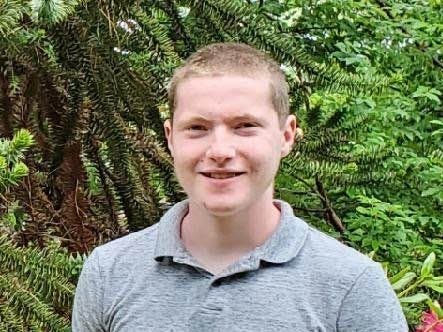 MASTIC BEACH, NY — A senior at William Floyd High School was suspended Tuesday — because he wanted to attend classes in-person.

Maverick Stow, 17, said he set out on Tuesday morning to the first day of his senior year at William Floyd High School in Mastic Beach and was suspended because he made the decision to attend in-person instruction rather than participate in virtual learning as his schedule required.

“You have to take the consequences for standing up for what you believe in,” Stow, who lives in Mastic Beach, said.

Stow said he took the bus to school, where staff performed the mandated temperature check under coronavirus protocols; he then proceeded to class. “It wasn’t my ‘day’ to go to school but obviously, I disagreed, so I went into class. I wasn’t on the roster so the assistant principal got involved,” he said.

Stow was called into Principal Philip Scotto’s office, where, he said, he was told that he needed to vacate the grounds. Scotto, Stow said, told him that the district needed to adhere to guidelines, which meant he had to leave.

“I left his office and went back to class,” Stow said. He said he was able to complete his schedule of classes. At the end of the day, he was contacted by his mother, Nora Kaplan-Stow.

“My parents are fully supportive of this,” he said. “She told me I had been suspended for five days and the district was taking disciplinary action for subordination.”

Maverick Stow said he made the decision to attend classes as soon as the district announced that they would be following a hybrid model of in-person and remote learning. “I didn’t think it was acceptable,” he said. “I figured I would go to school and it would be a ‘them’ problem, to figure it out.”

On the first day of class, Stow said: “I didn’t know what was going to happen this morning. I thought I might get carried out the front door by security guards.”

Stow believes the district claims there were “opportunities for us to sit and peacefully discuss this, to talk to them about the reopening plan, but there weren’t. They made this decision on their own and kept us out of the whole decision-making process,” Stow said. “It was a ‘them’ decision. We were never given the opportunity to voice our opinions. At a certain point, you have to take a stand and make it so they can’t ignore you anymore.”

The district laid out its reopening plans on its website and held virtual briefings, where individuals could submit questions in advance.

According to James Montalto, spokesman for the William Floyd School District: “We are following the social distancing mandates set forth by New York State. In order to adhere to these guidelines, it is imperative that students attend school during their scheduled in-person days only. While we would love nothing more than to have all 8,800 students back in-person five days per week, it is not possible at this time due to the pandemic. Students who refuse to adhere to their scheduled in-person days and/or flagrantly disregard directives to leave school grounds and cause a disruptive environment for other students, will face disciplinary actions.”

Stow said he, like so many other students, saw their dreams derailed when coronavirus shuttered schools last spring.

An active member of the Future Business Leaders of America, Stow said he was scheduled to attend a competition on the national level that was to be held in Salt Lake City; the event was canceled. In addition, as a member of the virtual enterprise program, he was meant to attend a trade show in Brooklyn with 15,000 students from virtual enterprise firms worldwide; that event, too, never took place.

Stow said he has a message for fellow students, the district, and the community: “Anyone who believes that education is valuable should want students to be in school five days a week, with extracurricular and sports activities to go along with it. Anyone who feels as strongly as I do about this should participate and make it so the administration can’t ignore it any longer.”