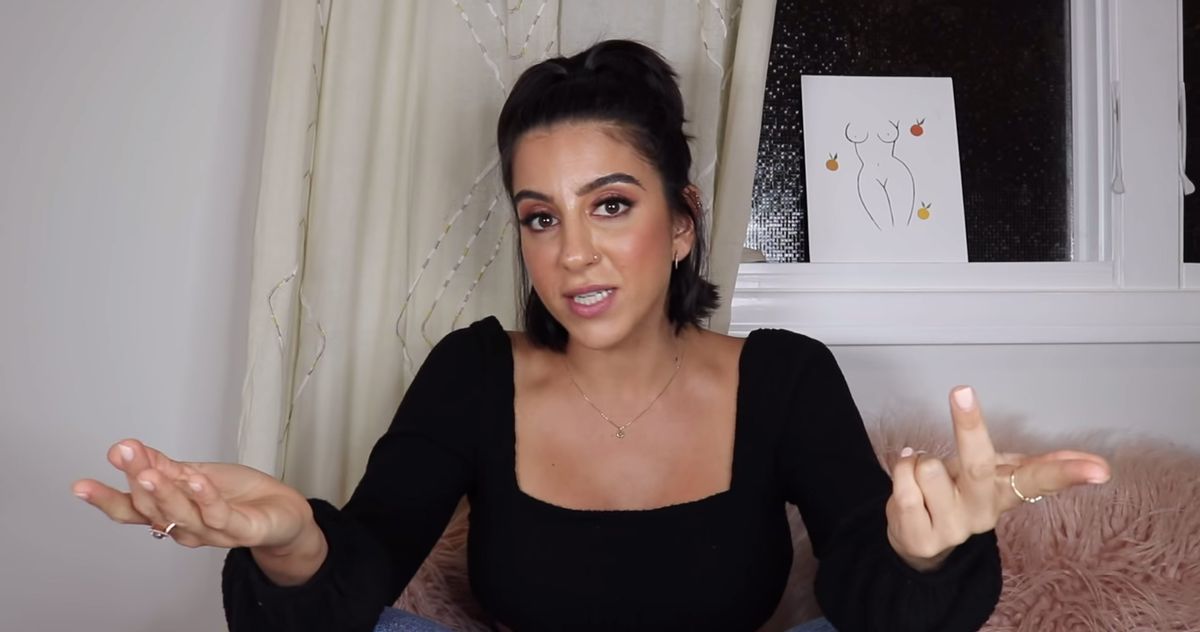 OnlyFans — a subscription app that allows people to charge fans for access to photos, videos, and other content — has been around since 2016. But it’s only in the past year that the service has started to gain mainstream attention. In April, Beyoncé gave the site a shout out during her verse on Megan Thee Stallion’s “Savage;” in August, Cardi B set up an account. That same month, former Disney Channel star Bella Thorne broke site revenue records, reportedly earning $1 million in her first 24 hours on the site.

That level of celebrity attention would be notable for any burgeoning social media site, but it’s all the more impressive for a platform like OnlyFans. Despite the site’s mainstream marketing — which highlights fitness influencers, makeup artists, and chefs among its users — there’s one very specific population that most people associate with the site: sex workers.

For Lena the Plug, one of OnlyFans’ most popular content creators, the site’s appeal is obvious. Before joining OnlyFans last year, Lena largely relied on Snapchat to deliver her adult content, selling access to a locked account through a standalone website — a messy, imperfect system. Fans balked at the idea of buying a membership through an unfamiliar website, anxious that they were being set up for a scam. And Snapchat wasn’t happy about the arrangement either: Adult content is banned by the app’s Terms of Service, and while private accounts have an easier time flying under the radar, Snapchat’s content moderation team has gotten fairly good at identifying and suspending sex work-related accounts.

But the fact that OnlyFans has been a significantly more welcoming platform than Snapchat doesn’t mean that making it big on OnlyFans has been easy. Despite the common assumption that getting rich on OnlyFans is as simple as posting a tit pic and waiting for the cash to roll in, running a popular OnlyFans account is a lot of work. In Lena’s case, it’s actually two OnlyFans accounts: a free one that helps her attract more fans and a premium one that fans can pay a monthly membership fee to unlock, with additional videos available on a pay-per-view basis. Lena will post two or three videos per week, with one made available to all her paying subscribers and the rest sent out in the DMs as a pay-per-view offer. “And then I’ll post little updates of cute videos or cute pictures on my feed daily,” she says. (She also posts content on some non-OnlyFans platforms, like ManyVids, as a way of diversifying her revenue, but prefers OnlyFans because the site’s 20 percent commission is a significantly better deal than the terms offered by more adult-focused platforms.)

In the past six months, Lena’s noticed some changes to her daily routine. It’s not due to the attention celebrities have paid to the site; what’s drawn Lena’s attention is how the pandemic has encouraged more and more people to set up shop on the site. OnlyFans “got a huge amount of new creators and new users in general during the month of March,” she says. “Basically every single one of my DMs is a girl saying, ‘Hey, I made a page, can you help me grow?’ or ‘How do I do this?’” It’s not just her DMs that are showing an uptick in interest from new and aspiring OnlyFans models: “I had made a video on YouTube about how to use OnlyFans — like tips and tricks and stuff — and that video has almost a million views now,” she says, noting that most of those views have been very recent.

Lena isn’t particularly worried about this influx of new models. To her mind, other girls aren’t necessarily competition — someone who’s interested in her content isn’t automatically going to be interested in another performer like, say, Asa Akira or a celebrity like Cardi B or Bella Thorne. And the more popular and widely used the site becomes, the easier it is for her to attract paying members to her feed. “Having more users on the platform is generally better for everyone. Once you’ve made a page and you’ve put your credit card in and you know how to use the platform,” it’s far less effort to get you to support her account specifically. “The more people on Instagram, the more chances I have of getting a follower,” she says. And the same goes for OnlyFans.

Not everyone is convinced that the recent boost in OnlyFans’ public profile is a good thing for sex workers. In recent days, the platform has altered its billing and payout structure, dramatically limiting the amount that creators can charge for their content and lengthening the amount of time it takes to get paid from 7 to 21 days for creators in 14 countries. To some performers — particularly ones who’ve seen sites like Patreon, Instagram, and Snapchat go from seemingly tolerant of sex workers to flat out banning them — those changes suggest that, at the very least, OnlyFans doesn’t have their best interests at heart and may even boot them off the service one day. As a Twitter thread from performer Erika Heidewald explained, the recent shifts amount to “a sudden 85% paycut & monthly payday,” a brutal shift for more financially insecure performers. (OnlyFans has denied rumors that the recent changes in billing and payouts are related to Bella Thorne’s tenure on the platform.)

Lena’s less convinced that that’s in the cards. “I think it would be a really poor business decision for them, unless they got some investor who was like, ‘No more sex workers,’” Lena says. Even then, she has a hard time envisioning that shift taking place: “I couldn’t imagine what kind of money would make them change their mind about sex workers being on their platform, because sex workers are making so much money for them.” Snapchat may have repeatedly shut down her accounts, “but it’s not like we were allowed to be naked on Snapchat in the first place.” OnlyFans, on the other hand, is so committed to adult content it even has a 2257 statement — a bit of legal compliance required of all adult content distributors — right on its landing page.

It remains to be seen if Lena’s right about the future of OnlyFans. But hopefully she is, because for now, OnlyFans is a part of her long-term plan. “As long as nothing really changes on the platform … I plan on staying with the platform. I’m really happy with the platform,” she says. “This month will be a year that I’ve been uploading to OnlyFans, and it’s been the best year for me mentally and financially. I’m hoping it stays that way going forward.”