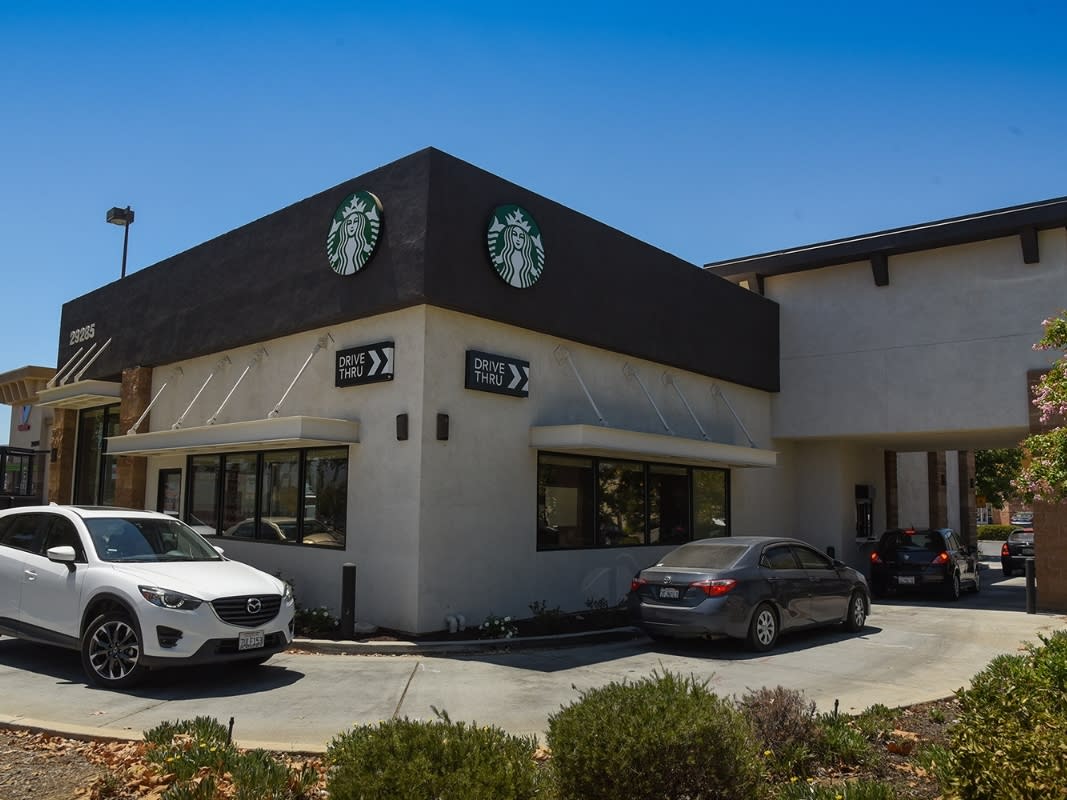 Lake Elsinore Drive-Thru Business Shows Another Side Of COVID-19

LAKE ELSINORE, CA — While there are many businesses losing amid the coronavirus, lucrative deals have also been underway, including one in Lake Elsinore, which people associated with the transaction say shows the popularity these days of drive-thru buildings.

Despite its collision with COVID-19, the deal on the 29285 Central Avenue site wasn’t derailed, according to Hanley Investment Group Executive Vice President Kevin Fryman, who was part of the transaction.

Escrow opened on the property prior to Starbucks opening for business and before a formal rent agreement was inked, Fryman said.

“Despite the transaction being initiated during the initial months of COVID-19 being declared a pandemic, we were able to structure a sale at pre-COVID pricing, during one of the most challenging macro-economic environments we’ve experienced in over a decade,” Fryman said.

The fact that the building was a drive-thru, helped seal the deal, according to Fryman.

“Even with the uncertainty caused by the pandemic, demand for single-tenant net-leased investments with drive-thrus has remained steady, if not increased in the last six months,” he said.

The Starbucks lease is triple net, which means the coffee giant is likely paying real estate taxes, building insurance and maintenance, in addition to rent and utilities, although exact details were not disclosed.

Quick-service, drive-thru restaurants have been a staple for decades, but COVID-19 has increased the demand, according to Hanley Investment Group Executive Vice President Bill Asher, who represented the seller alongside Fryer.

“They are now more popular than ever in 2020 due to health concerns and the desire to socially distance,” Asher said.

In a June letter to shareholders, Starbucks announced it planned to close approximately 400 company-operated U.S. stores over the next 18 months as part of this new focus on drive-thru and pickup.

In that same letter, Starbucks noted that it plans to open 300 new stores this year, though that number is down from its initial plan of 600. The focus on drive-thru was based on figures that show 80 percent of Starbucks transactions were “on-the-go,” the letter stated.

The rate of return, or capitalization rate on the Lake Elsinore pad is 4.25 percent, according to Hanley Investment Group. It’s not surprising given the property is nestled in the 144,034-square-foot Lake Elsinore Marketplace shopping center that’s anchored by Costco, Lowe’s, Grocery Outlet, PetSmart and Dollar Tree.

The sale represents the seventh pad building Hanley Investment Group has sold in the last 11 months at Lake Elsinore Marketplace, including single-tenant properties for a Wendy’s Drive-Thru, Del Taco Drive-Thru, Panda Express, Valvoline and Wells Fargo as well as a multi-tenant pad building occupied by Navy Federal Credit Union, iBrows Threading Salon, Submarina and Juice It Up!, according to Hanley.

This article originally appeared on the Lake Elsinore-Wildomar Patch