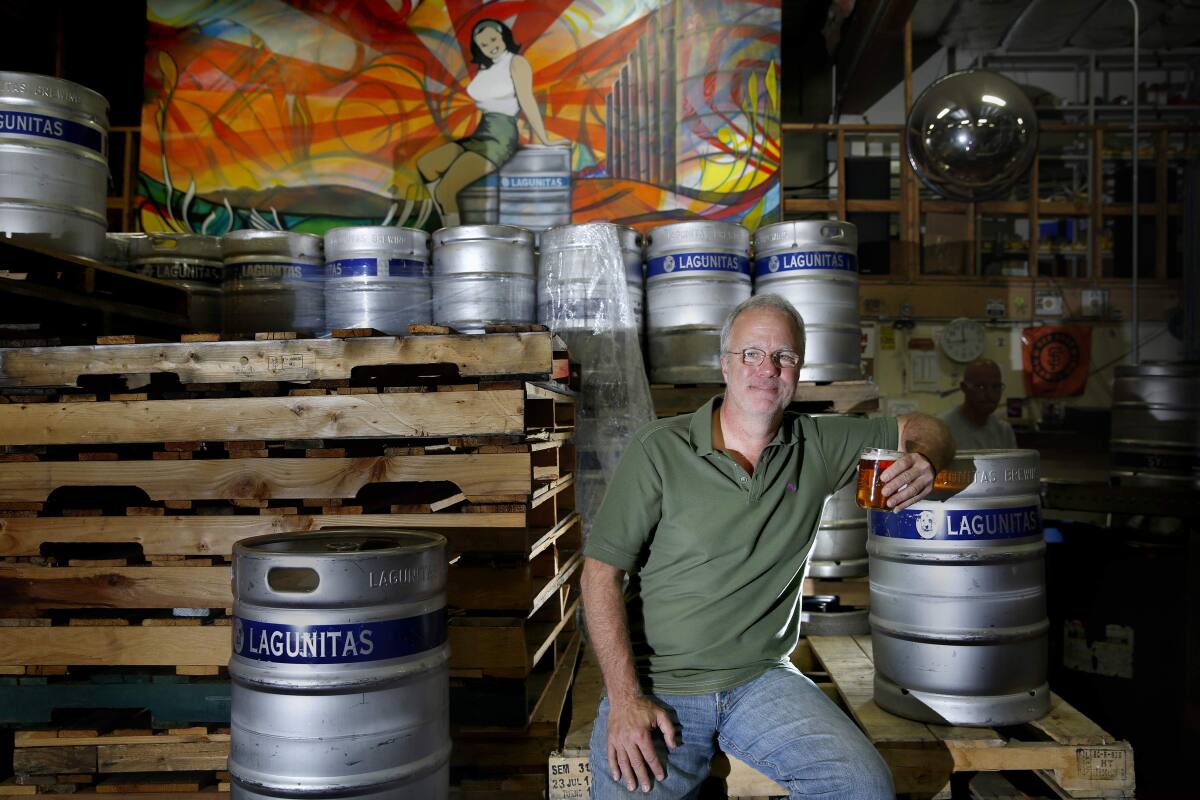 The founder of Lagunitas Brewing Co. of Petaluma told a group of Sonoma State University business students that if anyone opts to start a craft brewery they should steer clear of the ubiquitous India pale ale.

The beer marketplace is saturated with the extra hoppy brew, and so to build a new successful brewing operation around it would be “Neanderthal thinking,” Tony Magee said Tuesday. “Low-hanging fruit isn’t a business model, it’s just preying on market share that already exists.”

During the online gathering, Magee talked about the business lessons he learned while running the beer enterprise as part of his first act in his official role in the entrepreneur-in-residence program at Sonoma State.

He launched Lagunitas Brewing in 1995, and then he was at the forefront of the IPA, and his success spawned various hoppy offshoots such as Little Sumpin’ Sumpin’ wheat ale and the potent Waldo’s Special Ale triple IPA.

Magee left his leadership position at Lagunitas in 2017 after he sold his remaining company stake to Heineken International. The Dutch global beer giant bought an initial 50% stake in Lagunitas in 2015, when the Petaluma brewery was valued at $1 billion.

SSU President Judy Sakaki said Magee is an entrepreneur whose values of community engagement, sustainability and adaptability match the university’s.

Before he spoke to the students Tuesday, he said in an interview that he’s enjoyed “living in obscurity” for a couple of years following his big run with Lagunitas.

His remarks to the student group featured disquisitions into Chuck Berry’s guitar playing, marketing mistakes made by Pampers diapers and how smoking cannabis allowed him to eliminate outside noise and focus on where the craft beer sector was heading.

Magee told the group there are still opportunities in the beer business despite the explosive growth regionally and nationally. There were 8,386 U.S. breweries at the end of last year compared with 4,014 in 2014. A brewery today likely would need to be at a size to produce 35,000 to 50,000 barrels annually in wholesale production to achieve profitability, given the capital expenses of owning a brewing system, he said.

“Your balance sheet can eat you alive if you’re not generating sufficient profitability,” said Magee, who noted it took until 2006 for Lagunitas to achieve profitability after 13 years in business. “I think there’s gonna be a lot of small breweries that may not reopen next summer.”

Magee said he sold his brewing company when he thought he no longer had the expertise to lead Lagunitas in its quest to grow globally, and since Heineken was “willing to overpay for the brand.”