U.S. Immigration and Customs Enforcement is planning an enforcement operation next month that would target arrests in cities and jurisdictions that have embraced “sanctuary” policies, according to a new report.


U.S. officials told the Washington Post that the operation, known informally as the “sanctuary op,” could begin as early as this week in California before moving on to cities including Denver and Philadelphia.

The officials called the plan more of a political messaging campaign than a major ICE operation, as the agency already focuses on immigration violators with criminal records and most arrests fly under-the-radar.

While ICE agents in sanctuary jurisdictions can take custody of suspected immigration violators, they receive little-to-no cooperation from the local government. Jurisdictions with such policies generally decline to hold immigrants in jail longer than they are required to in order to allow ICE officers to take detainees into custody. They also refuse to check the legal status of suspects who are arrested or detained for minor offenses.

ICE officials have told cities and counties considering sanctuary policies that more agents would be sent to make arrests in their jurisdictions should they adopt such a policy.

“We do not comment on any law enforcement sensitive issues that may adversely impact our officers and the public,” said Mike Alvarez, an ICE spokesman, according to the Post. “However, every day as part of routine operations, U.S. Immigration and Customs Enforcement targets and arrests criminal aliens and other individuals who have violated our nation’s immigration laws.”

Jurisdictions that don’t work with ICE increase risks for agents and the public, Alvarez said.

“Generally speaking, as ICE has noted for years, in jurisdictions where cooperation does not exist and ICE is not allowed to assume custody of aliens from jails, ICE is forced to arrest at-large criminal aliens out in the communities instead of under the safe confines of a jail,” he said.

Sanctuary policies limit the number of potential deportees who can be easily taken into custody, hindering the agency’s ability to do its job. Seventy percent of the agency’s arrests happen after it has been made aware of an immigrant’s pending release from jail or state prison.

ICE has brought more than 160,000 such “detainers” with local law enforcement agencies since 2019, according to the Post.

The policies have also deepened a backlog of “at-large criminal and fugitive aliens ICE seeks to apprehend,” according to the agency.

ICE announced on Monday it had arrested a dozen people in Mecklenburg County, N.C., where the county’s sheriff had minimized its cooperation with the agency. Six of those arrests included immigrants with criminal convictions who were wanted on immigration violations, ICE said, adding that sanctuary policies left them “free to reoffend until their capture.”

ICE official Henry Lucero said in a statement to the Post that the agency “cannot stand by idly while knowing the public is being misled about the role ICE plays in keeping the public safe.”

“The fact is local policies prohibiting agencies from working with ICE put you in danger and waste police resources,” Lucero said. “The public should hold its leaders accountable and demand to know what type of criminals are being released from local custody instead of turned over to ICE.” 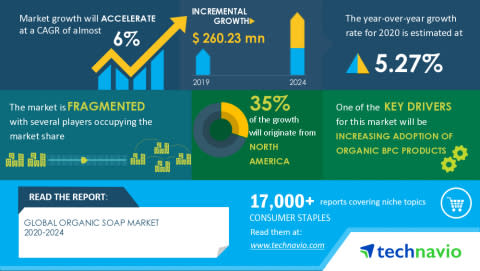