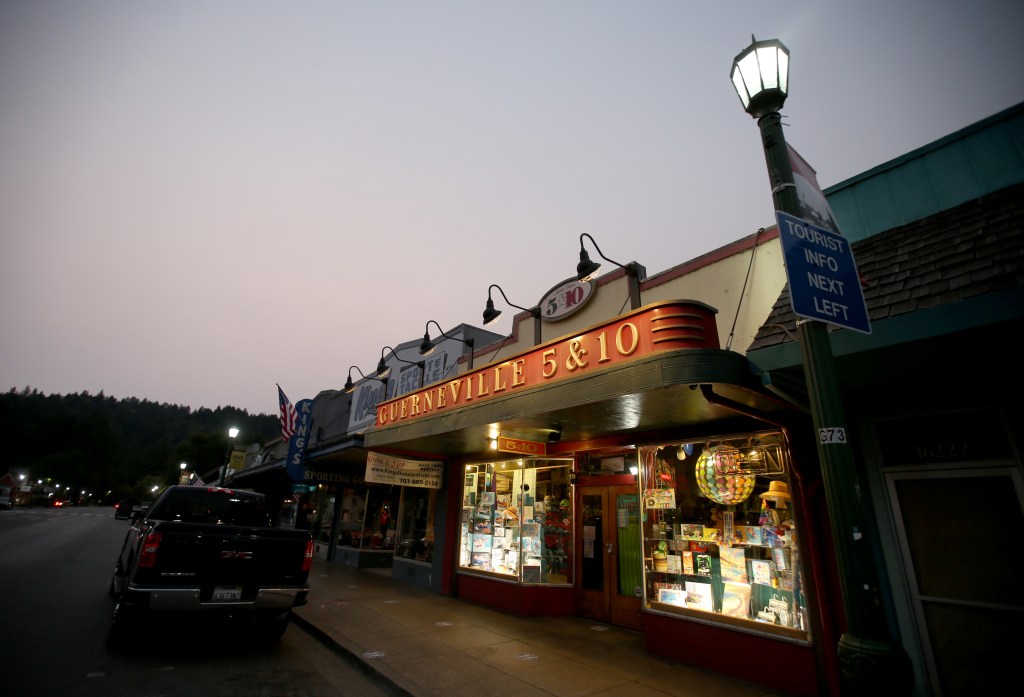 Michael Volpatt already knew what art, medicine and clothes he needed to take when he got an alert to evacuate his home west of Guerneville in Sonoma County ahead of the massive LNU Complex Fire. But there was one more decision to make — should he go to his store, Big Bottom Market, and try to prepare it for what could be a weeks-long evacuation?

“It’s a big decision to have to make because you don’t know what’s going to happen,” he said. “Is your building going to burn down? Is it going to matter? Is the electricity going to go out and all your food spoil?”

Volpatt decided it wasn’t worth the risk and left the store to its fate. The power held and most of the products in his shop, best known for its Oprah-approved biscuits, survived. But the 10-day evacuation and an unusually early and ferocious start to Northern California’s fire season could put a significant dent in his financial health and that of businesses throughout the region already struggling under the financial devastation of COVID-19 lockdowns.

History suggests wildfires could bring significant revenue loss and lead to some closures in fire-struck regions, based on an analysis of sales at small businesses following recent major wildfires. After the 2018 Camp Fire, which killed 86 people and burned through the town of Paradise, 13 percent of businesses near the fire shut permanently. About 6.6 percent of businesses closed after the Kincade Fire in Sonoma County last year.

That’s based on an analysis of transactions from Womply, a San Francisco-based software company that analyzed sales data from 10 million businesses to see the impact of natural disasters, including floods and hurricanes. The company looked at revenues in the days immediately before and after seven major recent wildfires broke out, and considered any business that shuttered during the fire and didn’t re-open within 90 days to be permanently closed, although it’s possible they came back later.

The Camp Fire was the single most damaging natural disaster analyzed by the company, followed by Hurricane Irma, which hit the Caribbean and Florida in 2017 and led to the closure of 11.6 percent of businesses in the surrounding area. The 2017 Carr Fire, in Shasta and Trinity counties, had the smallest economic impact of any wildfire, leading to the closure of 4.9 percent of nearby small businesses.

Brad Plothow, vice-president of brand and communications at Womply, said it’s hard to predict which industries will be hurt by any given fire — sometimes hotels or fast food places see a bump from displaced residents but not always. But this year, Plothow said, the fires come at a particularly bad time for small businesses, which are already struggling with COVID-19-related lockdowns, revenue losses, and the expiration of a key federal business aid program. For those that rely on outdoor services, the persistent unhealthy air is yet another hurdle.

“I can’t imagine a more severe convergence of forces than what you’re seeing in the Bay Area and California right now,” he said. “The timing just couldn’t be worse because there’ve been no additional federal resources that have been secured for these businesses.”

Some places might have to close up shop because their customers have been forced to relocate. The Spanish Flat Country Store & Deli in Napa County survived the LNU Complex Fire that destroyed multiple homes on the western shore of Lake Berryessa, including the mobile home park where owner Marcia Ritz lived. She and some of her neighbors survived on a pontoon boat in the middle of the lake as the hills burned.

But her business might not make it. “There is no customer base,” she said in late August. “There are maybe two houses remaining on the hill.”

As the LNU Complex Fire neared total containment, residents and business owners were allowed back into their communities. But a heavy smoke that cast a sickly yellow and orange light across much of the Bay Area put a damper on hopes of a return to business as usual.

For Volpatt, some sense of calm has come with acceptance.

“We’ve basically called August a wash. We’ve called 2020 a wash. Our numbers are down 39 percent, where in July they were only down 9 percent,” he said, adding up the hit from having to close for 10 days and losing Labor Day weekend to bad air. “It’s had a pretty profound effect.”

Even before the wildfires, Big Bottom Market had been focused on diversifying its revenue, growing online sales so it can ship its famed biscuit mix nationally, offering more ready-to-go options and even releasing a cookbook of quarantine recipes.

Robin Johnson, the owner of Guerneville 5 and 10, said she’s particularly worried about restaurants that relied on outdoor seating or newer shops that don’t yet have a loyal customer base. Her store has been around for 71 years and has seen quite a few natural disasters during that time, including some flooding as recently as last year.

“We’re a resilient lot up here,” she said. “But I think with the pandemic as well, it’s tricky.”

Her shop sells arts and crafts as well as flotation devices for visitors coming up to spend a day on the Russian River, so she’s not as reliant on seasonal sales. And she’s been buoyed, she said, by “how much loyalty, how much kindness, there is from people who travel here, who’ve been coming here for generations or who live here.” 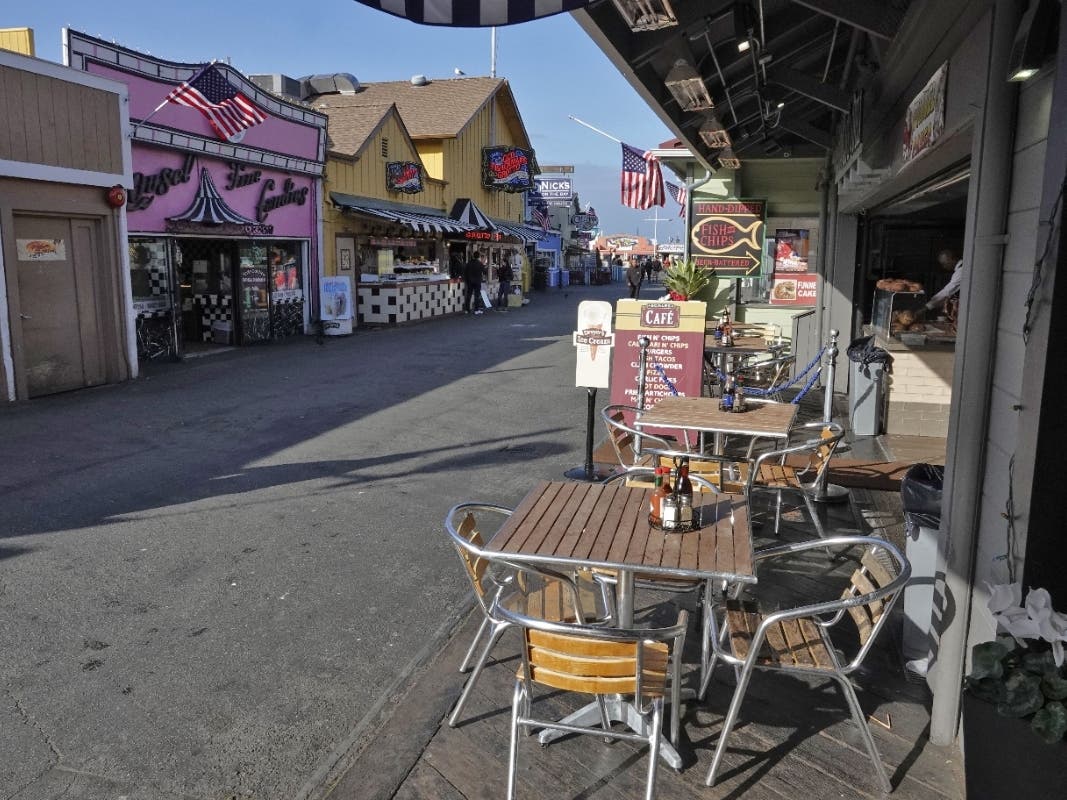