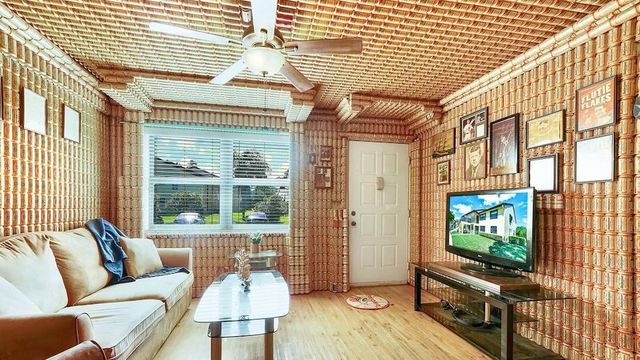 When listing agent Kristen Kearney walked through the front door, she was shocked to discover the walls were covered in beer cans.

When Kristen Kearney received a call about listing a condo in Lake Worth, FL, she said it wasn’t quite like other listing calls.

“They warned me that the home was wallpapered in beer cans,” she says. “And I thought to myself, ‘Well, I wonder where in the world they found beer-can wallpaper.’”

When she first walked through the unassuming front door, she remembers the shock of seeing the walls of the 815-square-foot abode covered in actual beer cans. In every room.

Kearney learned that the owner, who is now deceased, was a lifelong fan of Anheuser-Busch’s flagship beer, Budweiser.

“It was his life’s mission to wallpaper his home in beer cans,” Kearney says, “and he did it.”

With the exception of the two bathrooms, every room in the condo is lined with Budweiser cans—including the ceilings and the master closet. The brewski decor envelops the living room, dining room, kitchen, and two bedrooms. That’s a lot of Buds, including the Budweiser logo emblazoned on the wall by the front door.

“If you look closely at the photos, you can really see the lengths the owner went to,” Kearney says. “He even created a crown molding look with the cans.”

While it’s unclear whether or not this Florida homeowner consumed the contents of all the beer cans, one thing is certain: He was on a serious mission, and his lifelong dream paid off. Kearney listed the home and promoted it on her social media platforms. Lo and behold, Anheuser-Busch took notice.

“I posted it on my business Facebook page, and the company actually commented on it,” she says. The company went a step further, posting the home listing to its Facebook page and writing, “The perfect home doesn’t exi…” It then plastered the listing photos of the can-covered home. The post has received 1,000 likes.

One might think such a specific style sensibility might put off buyers, but that wasn’t the case. In fact, the pad went under contract just weeks after it came on the market.

“We actually received multiple offers. It is currently under contract, and I have a backup offer as well,” she notes.

The new owners, she says, made an offer without even seeing the property in person. Whether or not they’ll keep the eccentric decor is unknown. 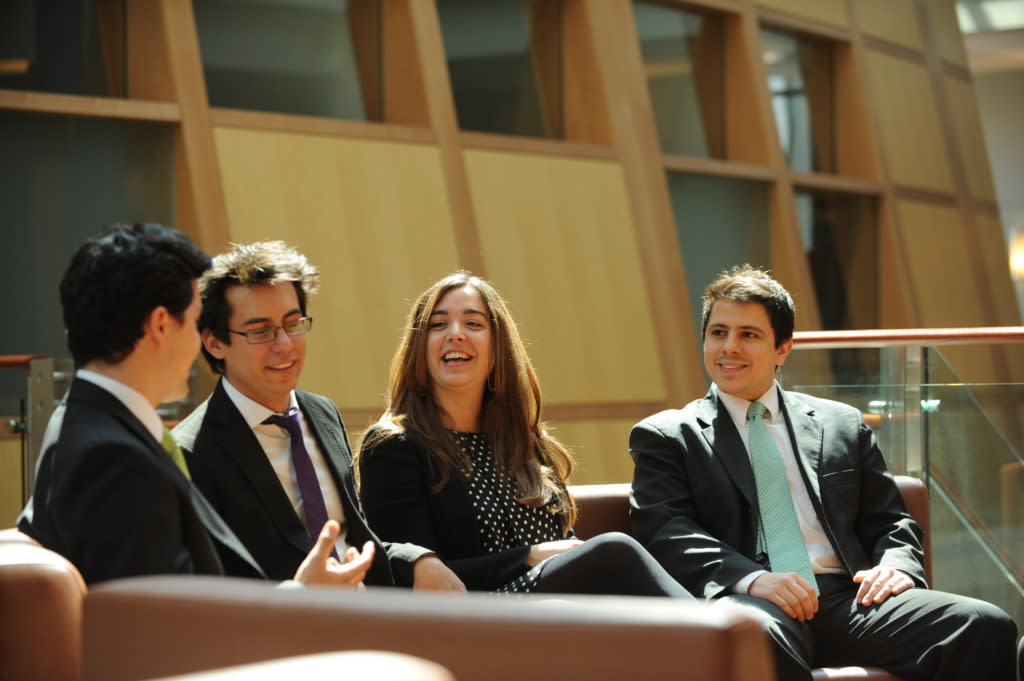