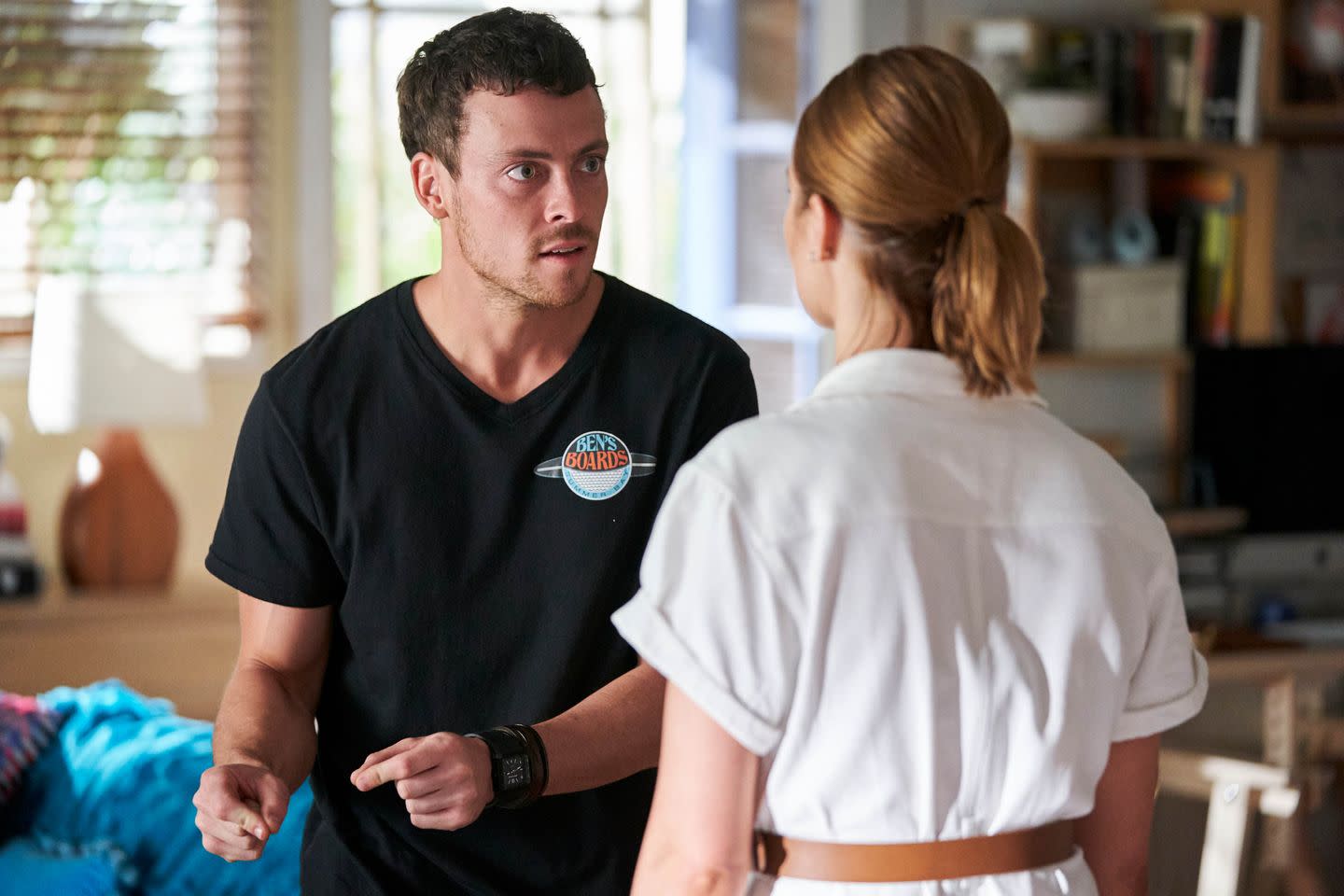 Home and Away star Patrick O’Connor has revealed that it was his idea to give Dean Thompson a secret son storyline.

Next week’s episodes on UK screens see Dean’s life change forever, as his old flame Amber Simmons (Madeleine Jevic) tells him that she has a son and he’s the father.

Dean will later decide to meet his son Jai, realising that he wants to be part of his life.

Speaking to Digital Spy about how the storyline came about, Patrick explained: “Funnily enough, I suggested it to the writers. I had some acting lessons, as we have a coach on set that helps us, so if you have got any questions about acting or scripts or any of that, then they can help you out.

Related: 7 huge Home and Away questions after this week’s Australian episodes

“We had kind of mulled over the idea that taking Dean in a different direction would be interesting, as opposed to always being involved with drama with other women or with ‘bad guy’ business. And I thought maybe if he had a kid then we would see a different side to him that we haven’t seen before.

“I was a bit sceptical, because sometimes these days storylines can get a bit too soapy, in the sense that they don’t really put the reality of the situation into the scene because you’ve got to work with a 5-year-old and a 5-year-old can only do so much.

“But they stayed really true to the story and as the storyline pans out, it gets quite complicated. At the same time I think there’s some real truth in the way that those two come together, and what happens after really is something to be excited about. The writers have done a really good job.”

Related: 11 huge Home and Away spoilers for next week

Discussing working with child actor River Jarvis, who plays Jai, Patrick continued: “It’s really fun to do. It’s so strange that I’ve worked on the show for three years and I’ve worked with adults pretty much the whole time. I was a bit nervous thinking about it once the script was coming out.

“I was looking at the script and thinking: ‘Oh my God. How is this kid gonna remember all these words and then be able to do it?!’ But River, he’s a really talented kid. He knows his stuff and the way he does it is quite different.

“He’s really into space and he’s into these really random things! When you’re working for 12 hours a day, sometimes that’s a nice energy to have and spend your day with.

“It’s actually pretty funny because I didn’t know if River would get it, but working with him now, I don’t think it could have been anyone else, so I think they did the best job with the casting choice.”

Home and Away airs weekdays at 1.15pm and 6pm on Channel 5 (UK) and Mondays to Thursdays at 7pm on Channel 7 (Australia).

Digital Spy now has a newsletter – sign up to get it sent straight to your inbox.

Read more Home and Away spoilers on our dedicated homepage