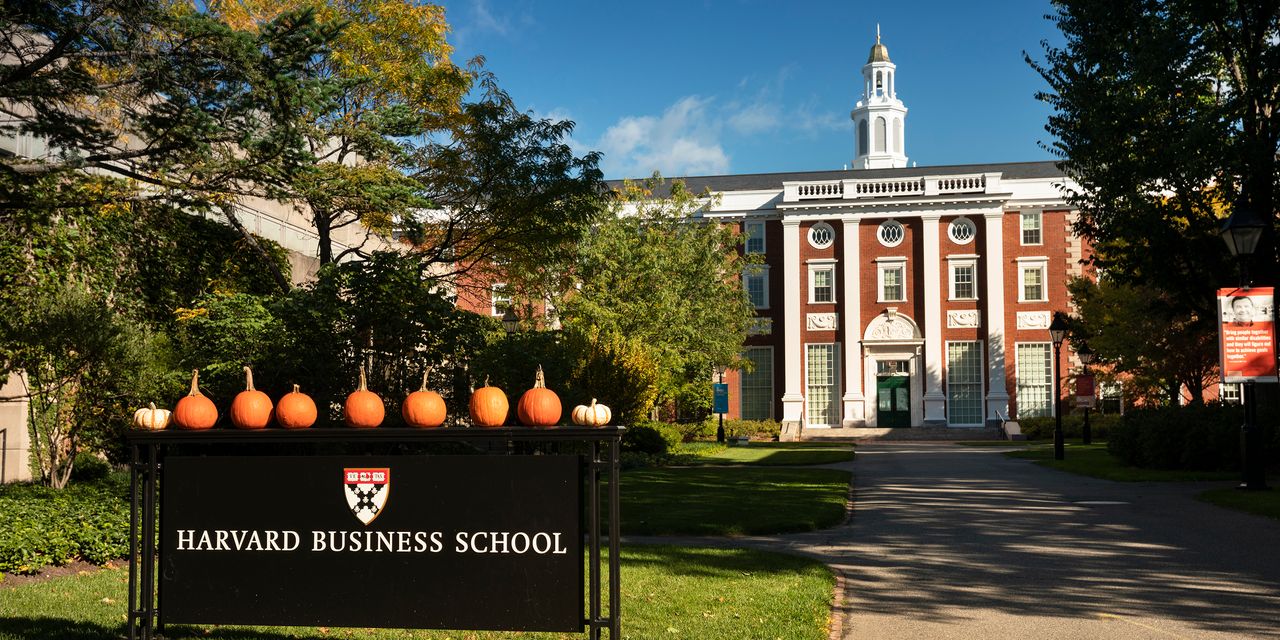 Harvard Business School named Srikant Datar as its new dean, turning to a veteran to steer it through the coronavirus pandemic that has upended much of higher education.

Mr. Datar joined the faculty as a business professor in 1996 and currently is the associate dean of university affairs at Harvard Business School. He will take the helm of the 112-year-old institution at the start of next year and has played a key role in developing and implementing the school’s response to Covid-19, Harvard President Larry Bacow said Friday.

“He is a leading thinker about the future of business education,” Mr. Bacow said. “He has served with distinction in a range of leadership positions over his nearly 25 years at HBS.”

Harvard Business School, one of the most influential and largest M.B.A. programs in the world, had been searching for a new dean since November, when current dean Nitin Nohria announced he planned to step down in June after 10 years on the job.

Because of the pandemic, the school said in March that Mr. Nohria would stay on through the end of the year as the public-health crisis forced campuses to move courses completely online and created uncertainty throughout the academic world. Harvard Business School was one of the most prominent business schools to experiment with a hybrid model of teaching for this fall.

Mr. Datar’s appointment follows Harvard Business School’s recent reckoning with what it has called its past mistakes involving race. The school said last month it would boost its enrollment of Black students in future classes, hire a chief diversity officer and build more issues of race and inclusion into its case-study method of teaching.

Several stakeholders of Harvard Business School had been pushing the university to choose a new dean who would use the school’s clout to raise awareness on social issues ranging from climate change to diversity in hiring. Several student and alumni groups have sent letters to the university president asking for a certain type of hire, such as a woman or person of color, or someone who would voice support for certain ideologies, such as the benefits of stakeholder-focused capitalism.

In his 10-year tenure as dean of Harvard Business School, Mr. Nohria largely tried to keep the school from taking stances on social issues that could be seen as political. “Institutionally, we’ve been leery of things that end up being politicized,” he said in a recent interview. “I’ve tried very hard in my time as dean to sort of stay apolitical.”

Several other high-profile business schools have appointed new leaders recently. Earlier this year, the University of Pennsylvania’s Wharton School named Erika James as its next dean, the first Black woman to head the prestigious business school.

A native of India, Mr. Datar received his bachelor’s degree from the University of Bombay in 1973. He went on to earn a postgraduate diploma in business management from the Indian Institute of Management, Ahmedabad, before completing master’s degrees in statistics and economics and a Ph.D. in business, all from Stanford University. From 1989 to 1996, he served on the faculty of the Stanford Graduate School of Business.