As the largest charter school network in Texas fights to keep its momentum to open new campuses amid backlash caused by its controversial spending decisions, its ex-CEO has landed in San Antonio.

Tom Torkelson, who co-founded IDEA Public Schools and led the network for two decades before stepping down in April, is now CEO of Choose to Succeed, a nonprofit organization that since 2011 has been a driving force and relentless cheerleader for charter expansion here.

The group has helped raise more than $100 million to recruit high-performing charter networks to plant schools in San Antonio. Its initial focus — creating educational alternatives in the city’s low-income areas — soon widened to include every part of the city. Leaders of traditional public school districts have pushed back with increasing vigor in recent years, arguing against the need for new charters but unable to slow their growth.

“I’ve gotten to know the community very well,” said Torkelson, who oversaw the creation of 28 IDEA schools in San Antonio with help from the nonprofit he how leads. “I love trying to find ways to get more kids into more schools that will help achieve their dreams.”

Charter schools that Choose to Succeed helped establish now enroll nearly 34,000 local students, about half of whom attend IDEA schools. Combined, the charters supported by the nonprofit now have more students than any of Bexar County’s 16 traditional school districts except the three largest.

IDEA, which has a college-going focus, started in the Rio Grande Valley and is now counted among the nation’s best charter networks that serve disadvantaged students. Torkelson was instrumental in raising hundreds of millions of dollars from donors and federal grants to build 123 schools that now enroll more about 64,000 students in Texas and Louisiana.

But the uproar over spending decisions — particularly for a private jet and luxury boxes for Spurs games at the AT&T Center — and a federal audit that criticized IDEA’s financial reporting practices and use of some grant funds, resulted in Torkelson’s departure with a $900,000 payout.

Neither Torkelson nor Choose to Succeed’s board will say how much he makes in his new role, though it must be publicly reported next year to the Internal Revenue Service. Torkelson said he has an at-will employment agreement and his compensation could shift, but declined to elaborate.

On ExpressNews.com: San Antonio’s biggest school districts are eyeing the charters next door

About 335,000 students attended traditional public schools last year in Bexar County. The area’s rapidly increasing population will continue feeding charter enrollment growth, Torkelson said. The region added almost 289,000 residents in the past decade and about a million more are expected by 2040.

Torkelson’s aim is even more ambitious: 150,000 students in high-performing charter schools, with or without Choose to Succeed funding, by 2030. An expansion that drastic could transform San Antonio into the nation’s best city for grade-school education, which would attract even more businesses and growth, he said.

“What we have seen is, when charter schools and districts coexist, those systems see a lot more improvement and a lot more progress,” Torkelson said.

“I always thought it was an unfair expectation that districts had to meet every single student and parent’s specific and individual needs,” Torkelson said. “My hope is that the districts will embrace a different way of doing things, because the schools are coming one way or another. You can embrace them as part of your district or you can keep putting up barriers and obstacles.”

The closest San Antonio has come to that kind of partnership is in the San Antonio Independent School District, which two years ago turned over management of Stewart Elementary to Democracy Prep, a New York-based charter network that formed a nonprofit to run the school.

Democracy Prep at Stewart remains an SAISD school and SAISD controls its enrollment process, but Torkelson said it’s not as autonomous as the partner campuses he envisions.

SAISD Superintendent Pedro Martinez said the school district needs to control enrollment in any future partnerships to prevent charter organizations from discouraging prospective students who aren’t college-focused, including those with special needs or who don’t speak English.

Martinez said he thinks local taxpayers, especially in areas where neighborhood schools are outperforming charters, would balk at a grand-scale charter expansion because they’re paying for all the schools. It would be “a duplication of services with mixed results at best,” he said.

Choose to Succeed’s board secretary, Henry B. Gonzalez III, said he doesn’t consider whether opening schools will cause difficulty to administrators in traditional school districts. Competition will force improvements to traditional and charter schools alike, he said in an email.

“I hope our schools present real challenges to the ‘leadership’ of South San Antonio School District,” he noted, citing a small district that has been hobbled by board infighting off and on for years.

Gonzalez, a civil litigation attorney and the grandson of the first Hispanic congressman from Texas, has two children in traditional public schools and a third who graduated from one. He is also treasurer of the political action committee supporting the November ballot initiative to reauthorize Pre-K 4 SA, the city-funded preschool program.

“In a county with a horrific history when it comes to school boundaries, we should celebrate seeing these boundaries come down,” Gonzalez said.

Choose to Succeed began by helping fund the expansion of KIPP, a national charter network that already had a foothold in San Antonio, and recruiting IDEA to the city along with three other Arizona-based charter networks: BASIS, Great Hearts and Carpe Diem. Facing low enrollment and repeated failures to meet state standards, Carpe Diem’s single San Antonio campus closed two years ago.

In recent years, Choose to Succeed hasn’t lured established networks here, instead supporting homegrown ones such as Compass Rose, Promesa Academy, the School of Science and Technology, The Gathering Place and San Antonio Preparatory Community School.

The attempts to recruit from elsewhere haven’t ceased, Gonzalez said.

“We are continuously pursuing the top-performing networks to plant a flag in San Antonio,” he said. “We intend to announce the interests of other networks at a time that works for them.”

When weighing support for new homegrown charters, Gonzalez said Choose to Succeed looks at the track records of their leaders. The organization helps foundations and independent donors provide start-up funding to the schools of their choice, most often directly, he said.

Choose to Succeed also advises charter leaders on the complex process of state approval and opening schools. The organization is supporting the application of Royal Public Schools for four schools on the South Side, although the State Board of Education vetoed its proposal last year for schools in Houston and Austin.

According to the most recent available tax forms, Choose to Succeed in 2018 directly provided $155,000 in startup funding to Promesa Academy, $25,000 to support the expansion of Compass Rose and $20,000 to the San Antonio Charter Moms organization for community engagement and parent advocacy.

The three charities that have largely bankrolled Choose to Succeed’s efforts — the Brackenridge, Ewing Halsell and Elma Spencer foundations — have provided consistent levels of support over the years, but not enough to fulfill Torkelson’s dreams on their own. He hopes to get many more local and national philanthropists on board.

“We’re going to have to bring a lot of partners to this,” Torkelson said. “I think I’ve got a very good track record of telling donors and showing donors that we can do a lot with the dollar they give.”

To pull off the level of expansion he envisions, Torkelson said Choose to Succeed will also need to recruit more parents, help charter schools tell their stories and win more support from elected officials, civic leaders and the business community.

The growth of the IDEA network has boosted the total enrollment in the Choose to Succeed portfolio, but Texas Education Agency approval for IDEA’s latest expansion request has been delayed while state officials weigh recent events.

In a letter to IDEA’s superintendent and board president, the TEA listed the size of Torkelson’s payout among the agency’s concerns.

Torkelson said he doubted the manner of his exit from IDEA would be a liability in his new role.

“You’re not going to find anyone who’s creating enormous social change who’s not created enormous controversy in the process,” he said, adding that he listened to criticism and ended IDEA’s questionable spending. “I think that shows that, as a leader, I’m able to adapt and evolve.”

Gonzalez and Choose to Succeed’s founding board member, Victoria Rico, have both served on IDEA’s national and regional boards. Gonzalez called Torkelson “a perfect fit” for Choose to Succeed.

“We know Tom,” Gonzalez said. “We know Tom’s results. We know Tom’s passion. Tom has acknowledged that some decisions made under his watch at IDEA should not have been made. We respect his candor in acknowledging this and his commitment to learning from all of his experiences at IDEA.

“We are confident that Tom’s demonstrated leadership in growing schools without compromising quality will be appreciated by funders.” 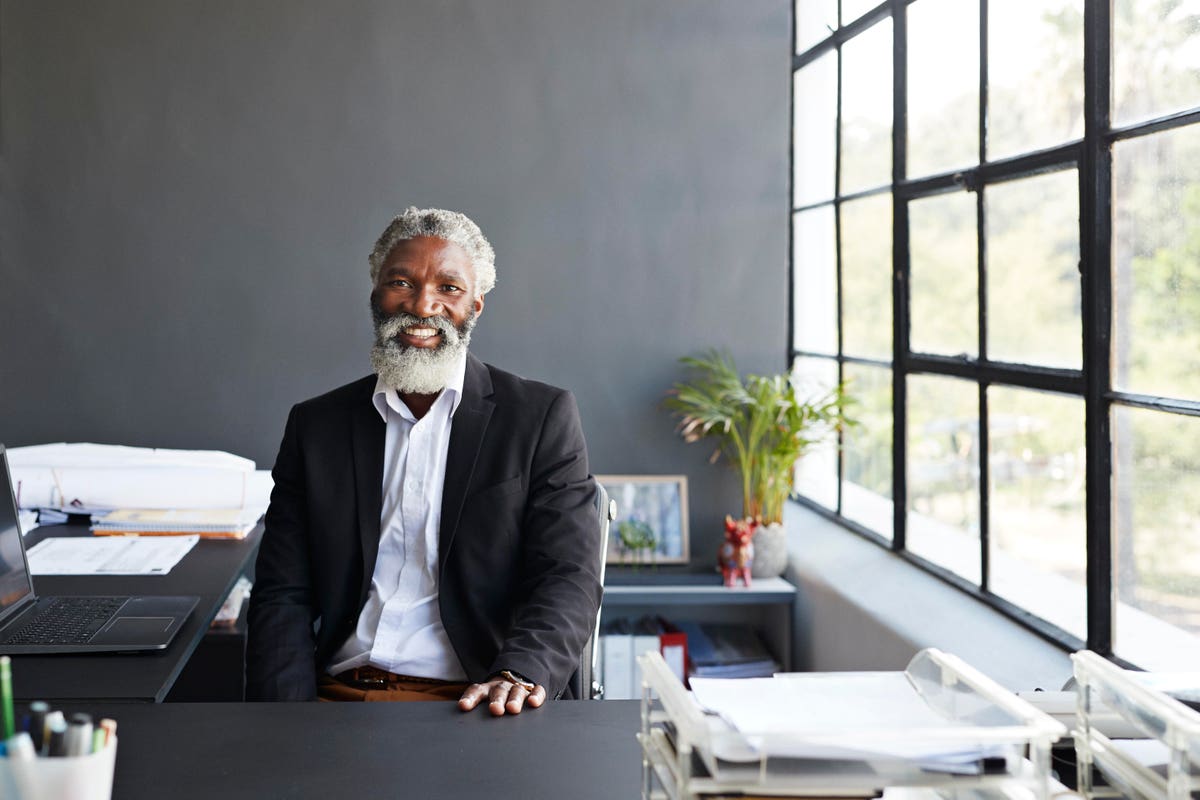