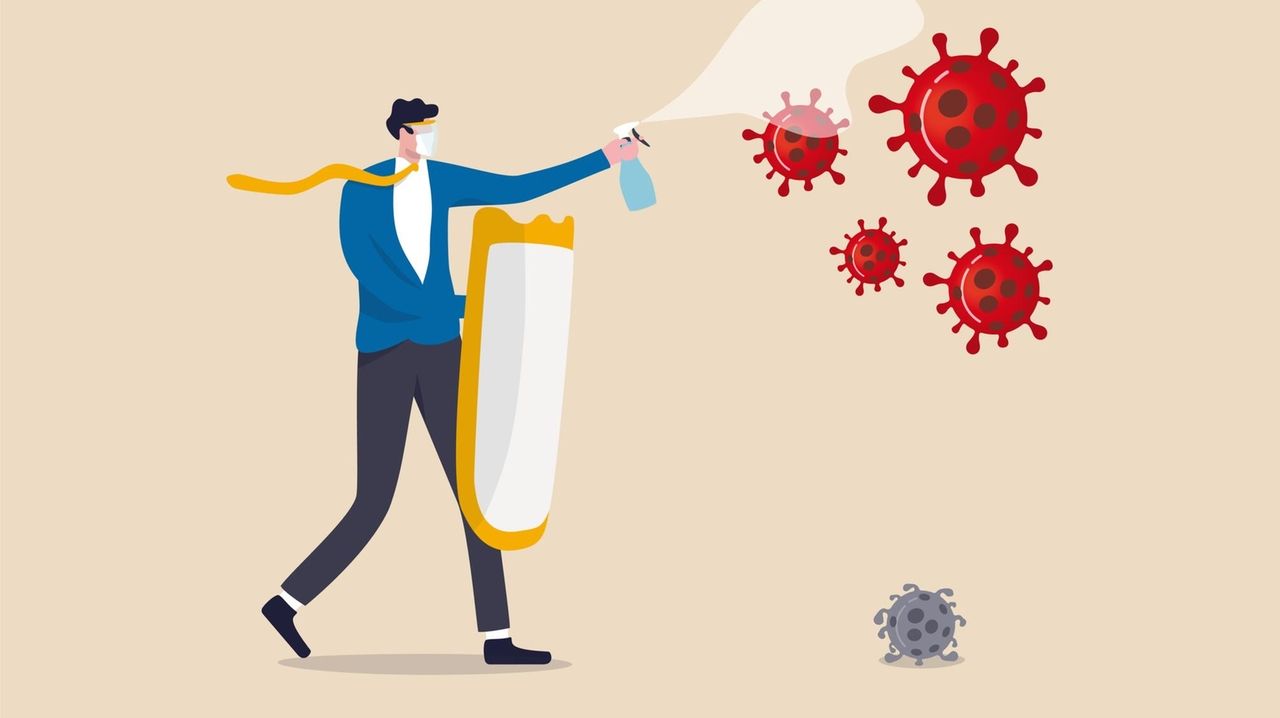 September 15, 2020 [email protected]_84 business strategies
Newsday is opening this story to all readers so Long Islanders have access to important information about the coronavirus outbreak. All readers can learn the latest news at newsday.com/LiveUpdates.

Anyone observing President Donald Trump’s handling of the coronavirus pandemic in the U.S. would have good reason to wonder if his administration ever had much of a strategy for handling it. Recently, the press accused one of his medical advisers, Scott Atlas, of promoting a “herd immunity strategy” amounting to letting COVID-19 run rampant. Atlas denies this, but a more important issue is what our strategy is, or should be, and what Joe Biden’s strategy would be if he’s elected.

As it turns out, neither man has put forward much of a plan.

Joe Biden’s promise to “follow the science” does not amount to a strategy. It’s just a slogan. A strategy to deal with the pandemic needs to set priorities and incorporate values that science isn’t equipped to provide. If Biden and his fans think following the science is the plan, they misunderstand the nature of science and its limitations.

Science can give insights into the nature of the pandemic, but there is no scientific formula pointing to a solution. Any plan of action will force us to balance the need to protect people from the virus with educational, psychological and economic needs, as well as other health needs. The disease is dangerous, and yet there are some things, such as protesting racism or reopening elementary schools, that some people would deem worth the risk. How we weigh those priorities is a matter for public policy.

Climate change poses a similar problem. Science can provide evidence that human activity is changing the composition of the atmosphere, and that added carbon dioxide is leading to global warming. It takes more than just science to set policies restricting carbon emissions. That requires value judgments: Who should sacrifice, and how much?

A real strategy would start by admitting that Americans, for the most part, want safeguards against the disease but don’t want to sacrifice everything in life for the sake of public health. Some value the right to protest racial injustice, others the right to keep their jobs or businesses open.

Different countries can “follow the science” to different strategies. New Zealand tried a hard lockdown to drive the incidence to zero, but has been unable to keep the disease out. Iceland kept most businesses and elementary schools open and banked on extensive testing and contact tracing to break chains of transmission. China mixed elements of both, and never completely closed down business in some major cities, such as Shanghai.

Sweden’s so-called “herd immunity strategy” has been equated with a callous nonstrategy, but that isn’t accurate — Swedish authorities looked at the facts and made a different judgment call. The Washington Post had to run a correction taking back an assertion that Sweden hadn’t encouraged social distancing or mask-wearing. They have. Their policy is to discourage spread of the disease without resorting to a national lockdown.

Many Americans might find reprehensible the Swedish government’s decision to put such a high priority on personal freedom and various economic activities, but that’s a political and not a scientific judgment. Atlas, the Trump advisor, has also put a high priority on schools and business openings. “The harms of prolonging the lockdown are enormous,” he said in an interview that ran over the weekend in the Wall Street Journal.

The problem in the U.S. is not that our strategy ignores science; it’s that we have no strategy at all. By failing to devise any coherent national strategy, and relying on a patchwork of state regulations, we’re deferring to chaos and discord. Science can’t fix this for us — except to make rough projections of the way various courses of action will play out.

Harvard epidemiologist William Hanage agrees that society, and not science, needs to set priorities and values — though scientists can help us decide what’s realistic. Scientists were right to amend President Trump’s repeated statements that the disease would just go away, for example, by pointing out that there’s valid scientific evidence that we’ll suffer many deaths and complications before it’s likely to subside.

Polarization has pushed people into extreme camps — with one side seemingly protesting even the most basic, voluntary measures and the other wanting to forbid face-to-face human interactions indefinitely. “The science” can’t tell us where in the middle to set our goals.

Faye Flam is a Bloomberg Opinion columnist. She has written for the Economist, the New York Times, the Washington Post, Psychology Today, Science and other publications. She has a degree in geophysics from the California Institute of Technology.