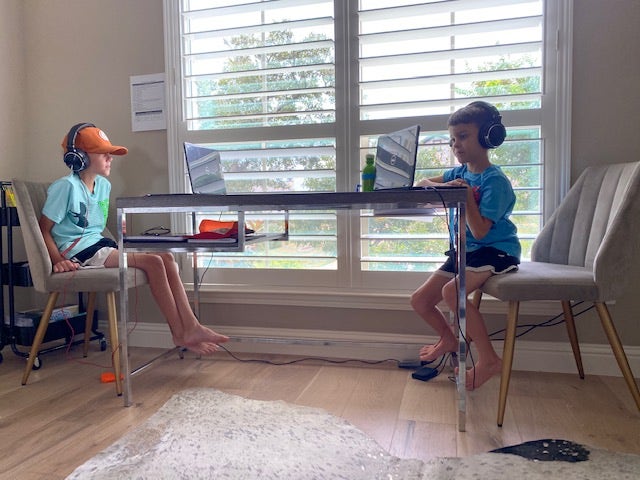 Some Florida parents have turned to booze and weed to get through remote learning with their kids.

Boca Raton Elementary teacher Edith Pride said some parents can be seen walking around unclothed while drinking and smoking during remote learning classes.

“We need to make sure parents don’t get on the computer to help their children with joints in their hand and cigarettes in their mouth,” Pride told Fox News. “Sometimes the joints are as big as cigars. You can’t do that!”

She said parents need to realize that there is a window into their homes during remote learning.

After Pride voiced her frustration during a board meeting Wednesday, she said several teachers have reached out to thank her and tell her of similar experiences.

A different teacher told KATV that a father of one of her students was “drinking a beer at 11:45 in the morning” without a shirt on.

“I did have a parent who sat on the couch and we could see an ankle monitor on her leg,” another teacher told the local news outlet.

“This is not a party. This is school,” Pride said.

Elysa Grossman, a Johns Hopkins University professor, and Susan Sonnenschein, a UMBC professor, polled parents earlier this year and found that stressed parents are drinking more during the coronavirus pandemic.