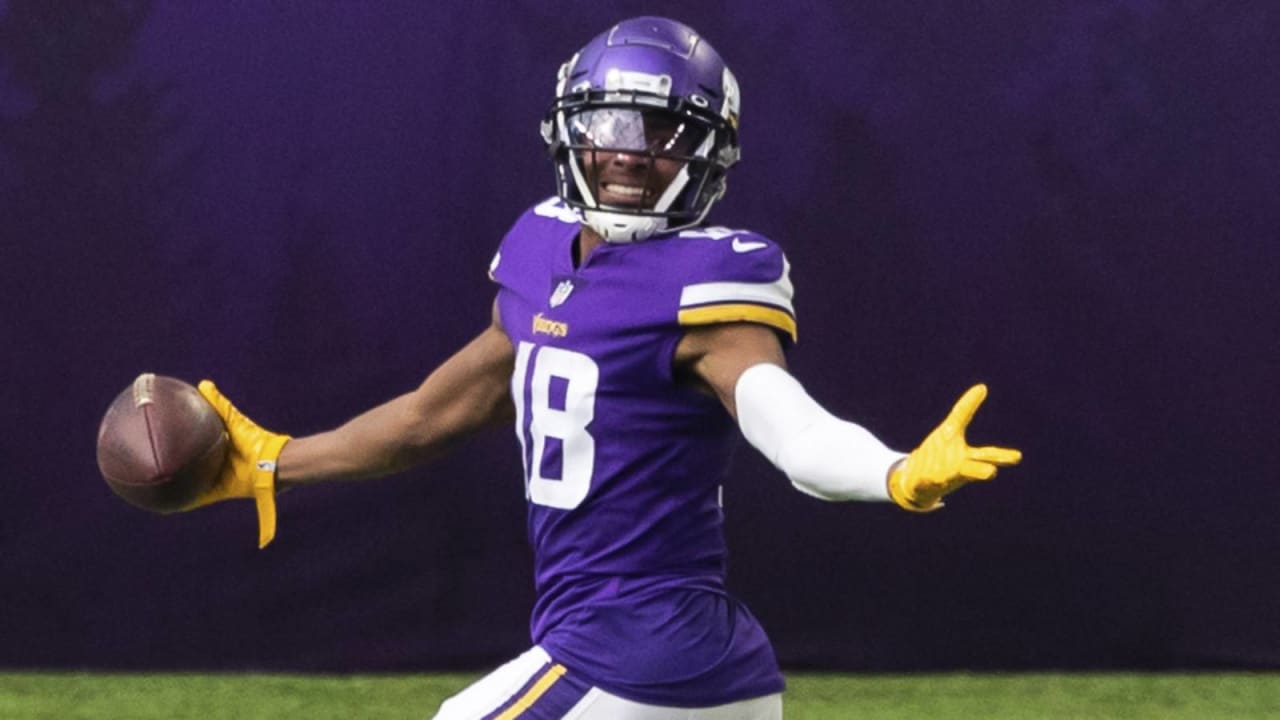 The boy child has gone to bed. So, too, has the third Sunday of the NFL season. I get outside to stretch my legs. A metro train glides past. The large square windows are illuminated from the inside. It’s empty — like a lot of WR1 slots in a week without Davante Adams, Julio Jones or Michael Thomas.

But blessed are the young, for they shall inherit targets. A trio of rookie pass-catchers stepped out of the shadows and declared their fantastical fantasy intentions.

The Vikings’ Justin Jefferson broadsided the Titans for 175 yards and a touchdown. More importantly, Jefferson fired a shot across the bow of Bisi Johnson in his quest to be Minnesota’s pass-catching complement to Adam Thielen.

Joe Burrow has already been on display in the Bengals offense. But on Sunday, Tee Higgins took a two-touchdown twirl into the weekly top 20. With A.J. Green’s star fading, Higgins could become Tyler Boyd’s new sidekick. Not bad work in an offense that will fly the fantasy friendly skies all year.

In Week 2, the 49ers’ Brandon Aiyuk was getting his feet underneath him. In Week 3, he hit the ground running – three times for 31 yards and a touchdown, to be exact. It’s an appealing accompaniment to his five catches for 70 yards. Kyle Shanahan very clearly has a plan for Aiyuk. It would be wise to buy a ticket for the ride.

The train pulls to a stop at the station. The automated PA voice reminds riders of the modified schedule and that only essential trips should be considered. The platform is unoccupied, save for a pair of workers wearing fluorescent orange safety vests. Not too many “essential” trips to be made at 9:15 on a Sunday night. Though when you’ve been in quarantine for a while, just about any trip feels essential.

Sometimes the journey is better than the destination. Sometimes the destination is the thing. A new address may be helping to bring Jimmy Graham back into our lives. After a rocky road in Seattle and a miserable stay in Green Bay, the well-traveled Graham looks to be finding a home in Chicago. Three touchdowns in three games and a 16 percent target share could help a man get comfortable. In some things, the old ways are best.

I have found a 24-hour Mystery Science Theater 3000 streaming channel. It ranks highly on the list of Best Things That Have Happened During Quarantine. Robot puppets mocking poorly made science fiction films is television comfort food.

The need for actual comfort food takes me to the kitchen for a little bit of salty and a little bit of sweet. The clock on the microwave reminds me that the time to confirm waiver claims is nigh. The cup of peanut butter and chocolate chips will have to wait a few minutes more.

Packers receiver Allen Lazard waited for his opportunity and made the most of it with Adams sidelined for the week. The Lazard King sat high on the target throne on Sunday night. But uneasy should lie the head wearing Green Bay’s WR2 crown. Complementary Packers wideouts can disappear like a package delivery person after ringing a doorbell. What is now Lazard’s could soon be Marquez Valdes-Scantling’s. When Adams returns, only crumbs will remain.

49ers running back Jeff Wilson has made a habit of making a meal out of what’s left. Last season, Wilson had a pair of top 20 weekly finishes despite never getting the first bite of the Niners backfield apple. Last week, he landed as the RB10 though Jerick McKinnon played twice as many snaps. Wilson’s fantasy shelf life was expected to be brief but with McKinnon hurting his ribs, With Raheem Mostert still working his way back and Tevin Coleman unavailable for a couple more weeks, this might not be the last we hear of Wilson.

We’ve heard plenty recently from Dolphins running back Myles Gaskin. While August assumptions were of a Jordan Howard v. Matt Breida battle, September’s surety is that a new challenger appeared. The updated South Beach Diet consists of healthy servings of Gaskin as a runner and receiver. Now if only we could get Howard to stop picking the touchdowns off his plate.

During a break, I drive to the bank. While working from home, I sometimes forget that there are still people moving about the world. The number of cars in the strip mall parking lot attests to that. I find a space and attend to business.

Cowboys receiver Cedrick Wilson and Patriots running backs Rex Burkhead and J.J. Taylor know the feeling. Dak Prescott has a cornucopia of pass targets at his disposal and flashed one more to the world in Week 3. Wilson’s Sunday Showcase was a sight to behold but his overall snap share foretells of volatility. Burkhead soared in Week 3 and Taylor has run effectively when he’s had chances, but New England’s backfield is soon to be overpopulated with James White, Sony Michel, and Damien Harris. All options might be more suited to fantasy managers playing a long game – or those in leagues with a knee-deep waiver wire.

Falcons running back Brian Hill has more of a path to production. His Week 3 output coincides with a rise in snaps. If Todd Gurley can’t fulfill his duties, Hill is certain to see plenty of work. Even still, he could be working his way into more responsibility.

Business finished; I get back to my car. Not in a hurry to get back to my upstairs/office/game room/auxiliary/wardrobe/broadcast center, I doomscroll for a minute. I think of the Jets. Wide receiver Braxton Berrios is the skill player du jour for Gang Green. It is a bad offense. But he is their best option. Do with that what you will.

The Greg Ward portion of the proceedings came earlier than anticipated in Philadelphia. He was an impact player late last season. With the Eagles receiving corps again heading to dry dock en masse, he will have the chance to be an impact player again. What is and what will be.

Marcas Grant is a fantasy analyst for NFL.com and a man who wishes he had some more Swedish Fish. Send him your candy cravings that stuck or fantasy football questions on Twitter @MarcasG or Instagram at MarcasG. 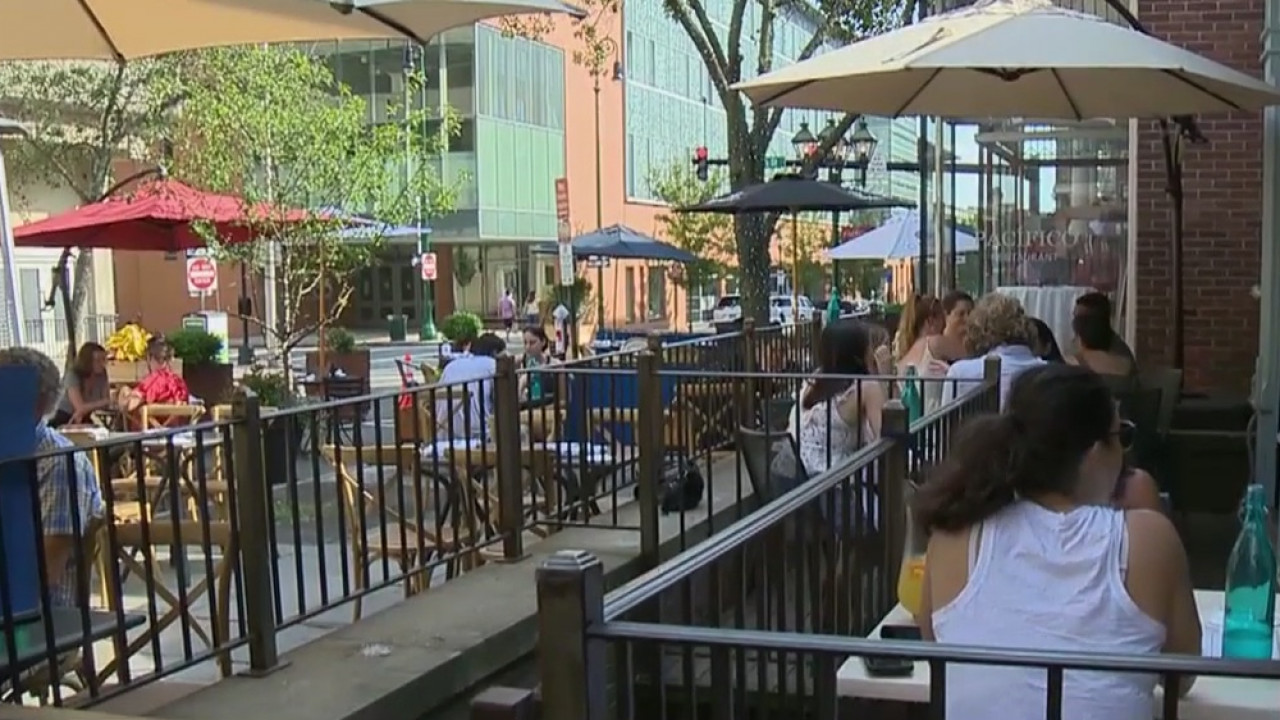