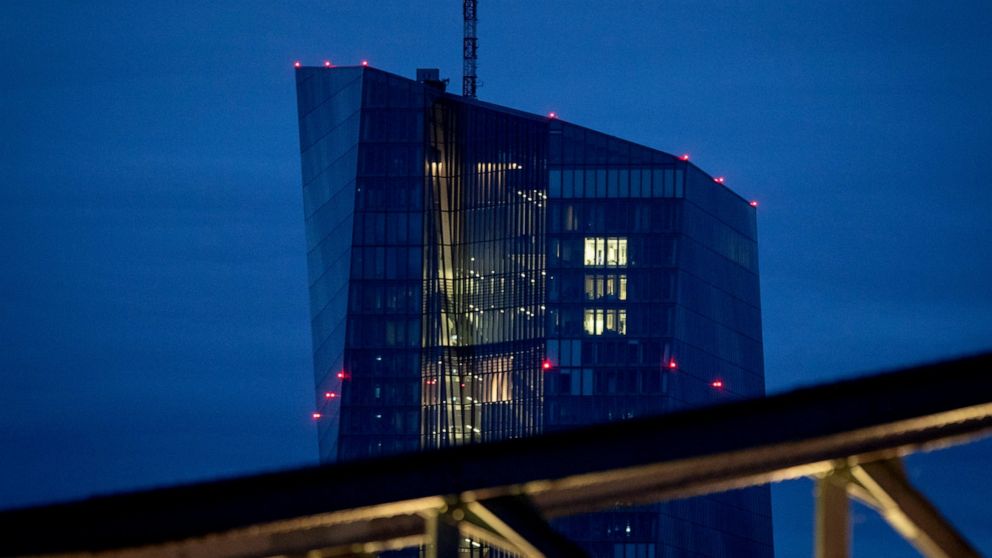 FRANKFURT, Germany — With almost a trillion euros still in the pipeline, the European Central Bank said Thursday that its emergency support program for the economy will run into next year, joining the Federal Reserve in making it clear that stimulus will remain set on high as the pandemic weighs on global business.

ECB President Christine Lagarde said after Thursday’s policy meeting that “ample monetary stimulus remains necessary” and repeated intentions to keep the central bank’s pandemic emergency bond-buying program running through mid-2021 – and in any case until the coronavirus crisis phase is over.

She said the economy’s return to health will mainly depend on countries’ ability to contain the outbreak.

The recent increases in infection rates are “headwinds to the short-term outlook” while “a further sustained recovery remains highly dependent on the evolution of the pandemic and the success of containment policies.”

After some initial success in reversing large outbreaks in Spain, Italy and France, and after Germany’s success in containing a disastrous first wave, cases in Europe have started to rise again as people have returned from summer vacations and after some restrictions were eased.

Lagarde made only a very mild comment about the recent rise in the value of the euro, which can hurt exports, saying that bank officials would “carefully assess incoming information, including the exchange rate.” The euro rose after the statement and traded about a cent higher at $1.19.

The bank’s governing council decided Thursday to keep benchmark interest rates and the size of its bond-buying stimulus programs unchanged. But analysts think the central bank may add more stimulus later this year. The ECB and global counterparts like the Fed have made clear they are determined to continue providing massive support to the economy to limit the damage from the virus outbreak.

The economy of the 19 euro currency countries plunged 11.8% in the April-June period from the previous quater. Activity is picking up quickly but isn’t expected to regain pre-virus levels before 2022.

The ECB is pumping 1.35 trillion euros ($1.6 trillion) in newly printed money into the economy through purchases of government and corporate bonds, on top of 20 billion euros in monthly bond purchases from a stimulus effort launched before the outbreak. That comes on top of cheap, long-term credit for banks to help them lend to businesses, and a negative rate penalty of 0.5% on deposits left overnight by commercial banks as an incentive for them to lend the money rather than let it pile up at the central bank.

The Fed, meanwhile, has shifted its 2% interest rate target to an average, meaning that it could maintain stimulus for a longer period of time by letting inflation run higher than the target.

Both central banks have struggled to raise inflation. The ECB saw the annual inflation rate fall to minus 0.2% in August, far from its goal of below but close to 2%.

The ECB brightened its outlook for economic growth this year to a contraction of 8.0% from a drop of 8.7% previously, while raising its outlook for inflation next year to 1.0% from 0.8%. The 2022 inflation forecast remained unchanged at 1.3%.

European governments have made big economic efforts at the national level, paying companies to keep workers on and extending loans. That has kept unemployment in the eurozone down at 7.9%, thought the rate is likely to rise after those programs expire.

At the EU level, governments have agreed to fund a 750 billion-euro recovery fund supported by common borrowing. The money would be spent from 2021 on projects aimed at supporting growth, digitalization and transforming the economy to reduce emissions of carbon dioxide, the main greenhouse gas blamed by scientists for climate change.